By Hub-gist (self media writer) | 8 months ago

Insecurity In Anambra, A Cause For Concern - ASTPA President 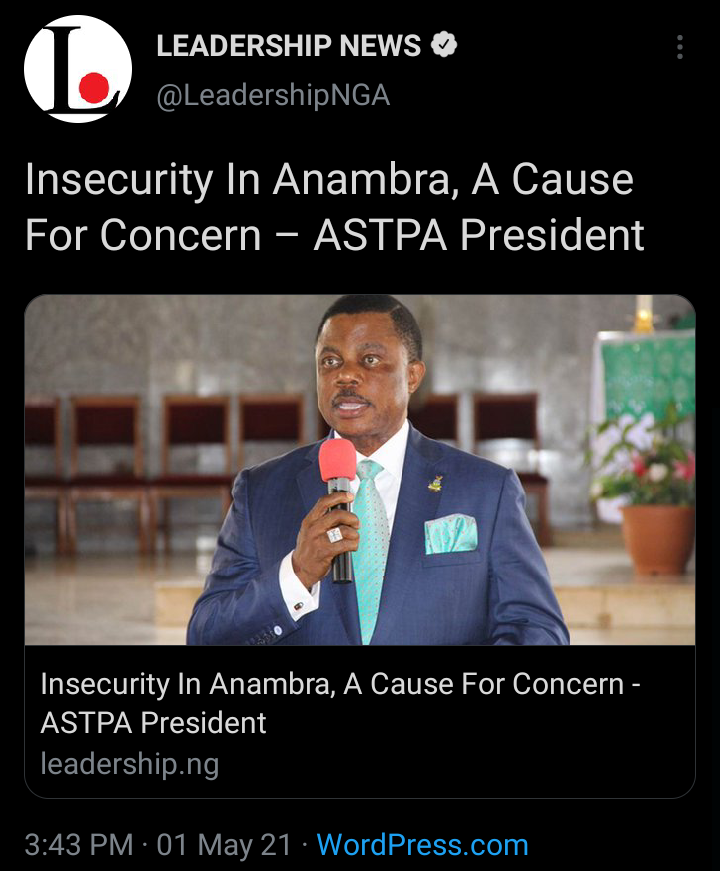 The series of Attacks Lunched by Unknown gunmen is becoming alarming to the extent that prominent politician have started reacting towards it.

Recently, The president-general of the Anambra State Towns (People) Association (ASTPA) FCT Abuja chapter, Arinze Anadu, has said that the situation is a cause for concern.

The newly elected ASTPA president said government needs to take decisive action in order to tackle the problem before it becomes a full-blown crisis.

He also called on the people of Anambra both home and abroad to desist from anything that would bring untold hardship to the people of the state.

Speaking on the activities of ASTPA, Anadu, who emerged victorious after securing 265 votes to beat his closest rival in the election, said he would work hard to promote the welfare of his people.

Call In Mercenaries Now, No One Is Safe - Ondo Workers Tell Buhari 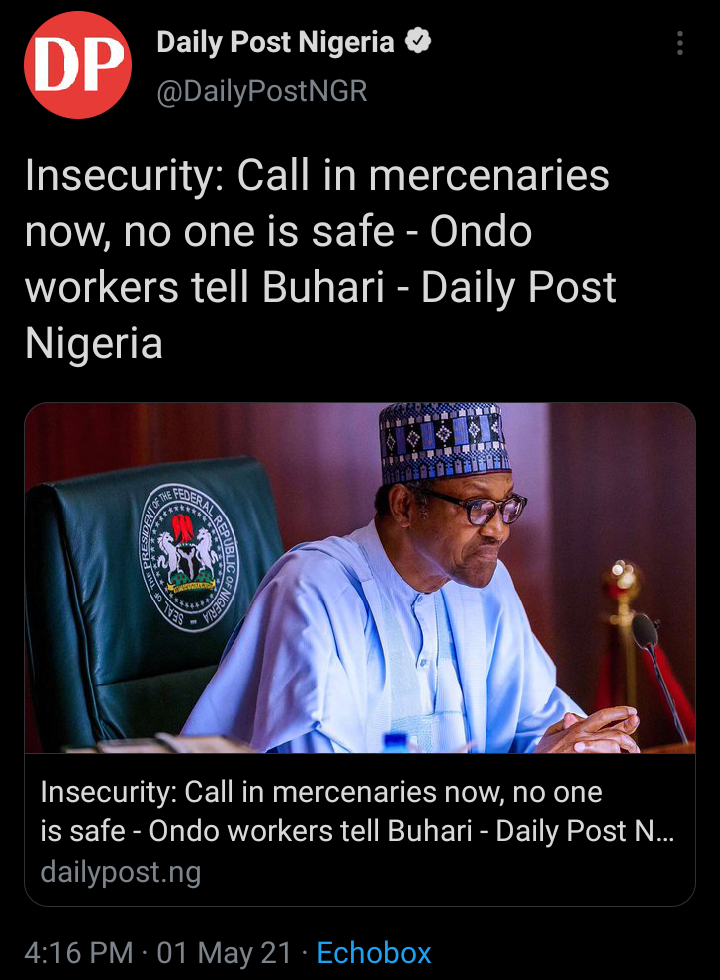 It is no more news that the Workers in Ondo State on Saturday appealed to President Muhammadu Buhari led Administration to urgently seek the intervention of mercenaries as well as the international community to combat the insecurity ravaging the country.

While lamenting that Nigerians are no longer safe in their homes, the Organised Labour stressed that the country is gradually sliding into a state of anarchy.

The Chairman of the Trade Union Congress, TUC, in the state, Mrs Helen Odofin during the commemoration of the 2021 Workers’ Day Celebration in the state, emphasized that the basic responsibility of any government is the protection of lives and properties of other citizens. 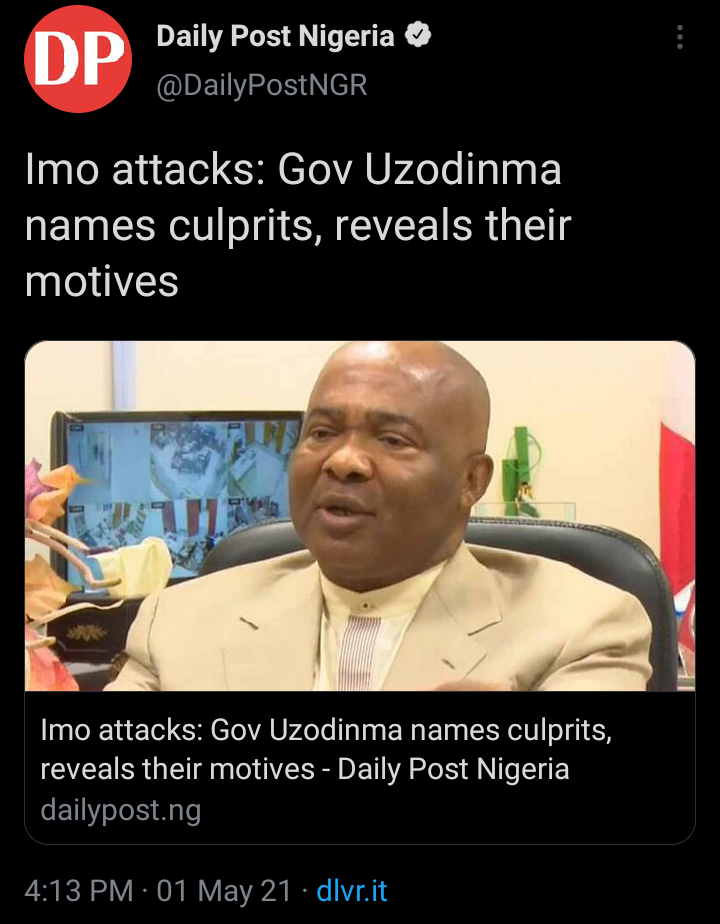 The Executive Governor of Imo State, Hope Uzodinma has insisted that recent attacks in the state were being sponsored by alleged disgruntled politicians in concert with militants and other criminal elements.

Uzodimma claimed the politicians, who are now unleashing violence on the people had already promised to make the state ungovernable for his administration.

He said the politicians were carrying out the attacks because they are unable to contain themselves over the developmental strides of his administration in just one year. 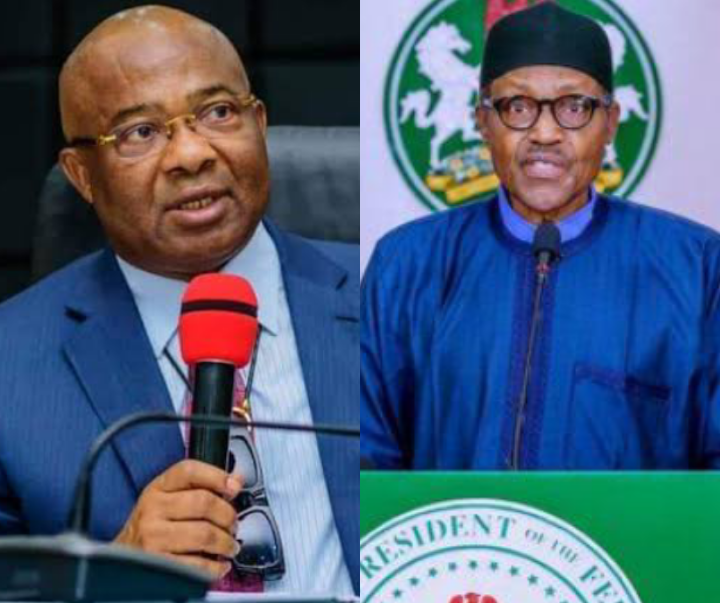 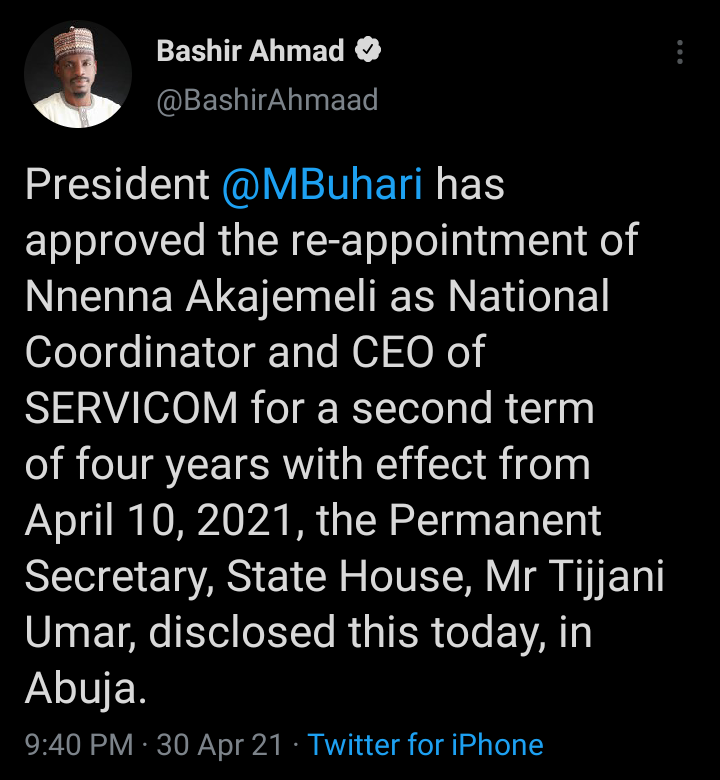 The Federal Executive council led by President Muhammadu Buhari has approved the re-appointment of Nnenna Akajemeli As National Coordinator and CEO Of SERVICOM for a second term in office.

The permanent secretary made this announcement in Abuja and it was shared by President Muhammadu Buhari Special Aide on New Media Bashir Ahmad.