The best president that has ever ruled

By Theib9ja (self media writer) | 3 years ago

Abraham Lincoln, Franklin D. Roosevelt, and George Washington are most often listed as the three highest-rated presidents among historians. The remaining places within the Top 10 are often rounded out by Theodore Roosevelt, Thomas Jefferson, Harry S. Truman, Woodrow Wilson, Dwight D. Eisenhower, Andrew Jackson, and John F. Kennedy. More recent presidents such as Ronald Reagan and Bill Clinton are often rated among the greatest in public opinion polls, but do not always rank as highly among presidential scholars and historians. The bottom 10 often include James Buchanan, Warren G. Harding, Andrew Johnson, Franklin Pierce, Millard Fillmore, William Henry Harrison, John Tyler, Ulysses S. Grant, Zachary Taylor, and George W. Bush. Because William Henry Harrison (30 days) and James A. Garfield (200 days, incapacitated after 119 days) both died shortly after taking office, they are usually omitted from presidential rankings. Furthermore, Zachary Taylor died after serving as president for only 16 months, but he is usually included. In the case of these three, it is not clear if they received low rankings due to their actions as president, or because each was in office for such a limited time that it is not possible to assess them more thoroughly.

Political scientist Walter Dean Burnham noted the "dichotomous or schizoid profiles" of presidents, which can make some hard to classify. Historian Alan Brinkley stated that "there are presidents who could be considered both failures and great or near great (for example, Nixon)". Historian and political scientist James MacGregor Burns observed of Nixon: "How can one evaluate such an idiosyncratic president, so brilliant and so morally lacking?" 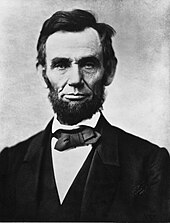 The Complete Book of U.S. Presidents also gives the results of the 1982 survey, a poll of 49 historians conducted by the Chicago Tribune. A notable difference from the 1962 Schlesinger poll was the ranking of Dwight D. Eisenhower, which rose from 22nd in 1962 to 9th in 1982.

The 1996 column shows the results from a poll conducted from 1988 to 1996 by William J. Ridings Jr. and Stuart B. McIver and published in Rating The Presidents: A Ranking of U.S. Leaders, from the Great and Honorable to the Dishonest and Incompetent. More than 719 people took part in the poll, primarily academic historians and political scientists, although some politicians and celebrities also took part. Participants from every state were included and emphasis was placed upon getting input from female historians and "specialists in African-American studies" as well as a few non-American historians. Poll respondents rated the presidents in five categories (leadership qualities, accomplishments and crisis management, political skill, appointments and character and integrity) and the results were tabulated to create the overall ranking.

A 2000 survey by The Wall Street Journal consisted of an "ideologically balanced group of 132 prominent professors of history, law, and political science". This poll sought to include an equal number of liberals and conservatives in the survey as the editors argued that previous polls were dominated by either one group or the other. According to the editors, this poll included responses from more women, minorities and young professors than the 1996 Schlesinger poll. The editors noted that the results of their poll were "remarkably similar" to the 1996 Schlesinger poll, with the main difference in the 2000 poll being the lower rankings for the 1960s presidents Lyndon B. Johnson and John F. Kennedy and higher ranking of President Ronald Reagan at 8th. Franklin D. Roosevelt still ranked in the top three.

Another presidential poll was conducted by The Wall Street Journal in 2005, with James Lindgren of Northwestern University Law School for the Federalist Society. As in the 2000 survey, the editors sought to balance the opinions of liberals and conservatives, adjusting the results "to give Democratic- and Republican-leaning scholars equal weight". Franklin D. Roosevelt still ranked in the top three, but editor James Taranto noted that Democratic-leaning scholars rated George W. Bush the sixth-worst president of all time while Republican scholars rated him the sixth-best, giving him a split-decision rating of "average".

The Siena College Research Institute of Siena College has conducted surveys in 1982, 1990, 1994, 2002, 2010, and 2018—during the second year of the first term of each president since Ronald Reagan. These surveys collect presidential rankings from historians, political scientists, and presidential scholars in a range of attributes, abilities, and accomplishments. The 1994 survey placed only two presidents, Franklin D. Roosevelt and Abraham Lincoln, above 80 points and two presidents, Andrew Johnson and Warren G. Harding, below 50 points.

A 2006 Siena College poll of 744 professors reported the following results:

Thomas Kelly, professor emeritus of American studies at Siena College, said: "President Bush would seem to have small hope for high marks from the current generation of practicing historians and political scientists. In this case, current public opinion polls actually seem to cut the President more slack than the experts do". Douglas Lonnstrom, Siena College professor of statistics and director of the Siena Research Institute, stated: "In our 2002 presidential rating, with a group of experts comparable to this current poll, President Bush ranked 23rd of 42 presidents. That was shortly after 9/11. Clearly, the professors do not think things have gone well for him in the past few years. These are the experts that teach college students today and will write the history of this era tomorrow".

Content created and supplied by: Theib9ja (via Opera News )