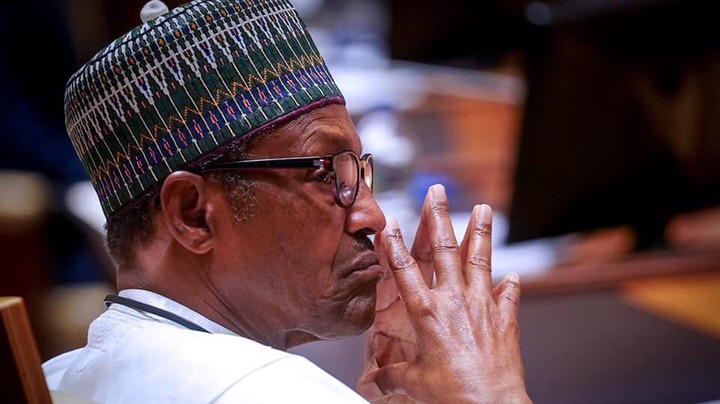 Okah warned that Magu’s allegation against Malami must not be swept under the carpet.

He claimed there were overwhelming evidences of massive corruption against the AGF, adding that he has also been accused of abuse of office.

The PDP Youth leader said it’s impossible for Malami to remain in office and not interfere in the assignment given to Justice Salami.

“The only way Magu’s allegations can be given a fair view is to have Malami fired by the president”, Okah said.

He wondered why the Buhari government that claimed to be fighting graft “is soaked deeply in corrupt activities”. 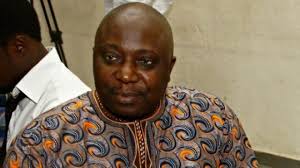 President Muhammadu Buhari has congratulated co-founder and publisher of Premium Times, Dapo Olorunyomi, on his being named one of the four awardees for year 2020 International Press Freedom Award, by the Committee to Protect Journalists (CPJ).

The President in a statement by his Special Adviser Media & Publicity Femi Adesina said the honour attested to Olorunyomi’s many decades of commitment to the ideals of journalism and freedom of the Press.

“Democracy and a free Press are kindred spirits, and that is what we have committed to as a government. It is, therefore, gratifying to hear of this award to one of our own,” President Buhari says.

He enjoined Olorunyomi to use the occasion of the award to recommit himself to all that is noble, fair and just in journalism, adding that a responsible media is part of the building blocks of a country.

The President reiterated that a free and responsible Press remained an abiding commitment of the Nigerian government, and urges the media to adhere to the finest tenets of the noble profession at all times.

Olorunyomi won the CPJ award along with three other journalists from Bangladesh, Iran and Russia. 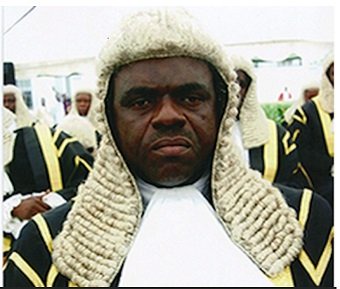 The Chief Judge of the Federal High Court, Justice John Tsoho, has suspended indefinitely the annual redeployment of the court’s judges, which began nearly eight months ago.

The CJ, in a July 13 circular seen by The Nation, directed judges to resume hearing of all cases pending before them.

Many cases have been stalled and many judges unable to hear new matters since December following uncertainty about their posting schedule.

The circular, titled: ‘Suspension of transfer of Judges’, reads: “Your Lordships are by this circular informed that in view of the difficulties and uncertainties brought about by the emergence of the Covid-19 Pandemic, posting of Judges has been suspended till further notice.

“In the meantime, Judges should attend to ALL cases pending before them.”

On Friday, Justice Tsoho went on self-isolation following a confirmed case of COVID -19.

The CJ, in a statement by the FHC’s acting Information Officer, Catherine Oby Nwandu, also ordered some key staff in his office to do same, pending the results of screening tests conducted on him, members of his immediate family and close aides.

“The Court is thus following medical protocols and all precautionary measures for the COVID – 19 prescribed by global and national health authorities.”

Tsoho urged the staff of the court to go about their lawful duties while ensuring that they are well protected.

EFCC: Magu's probe may be drama to ensure Senate confirms him - PDP. 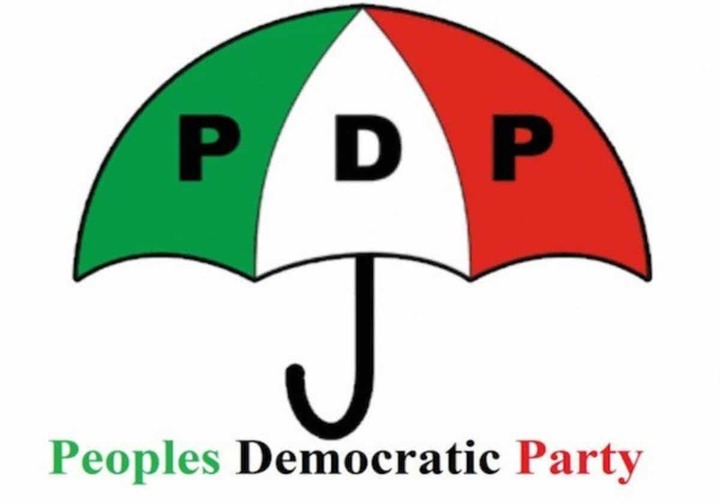 The Peoples Democratic Party, PDP, has raised concerns over the ongoing probe of Ibrahim Magu, suspended acting Chairman of the Economic and Financial Crimes Commission, EFCC.

PDP’s National Publicity Secretary, Kola Ologbondiyan said Magu’s indictment and his probe may be a move to ensure Senate clears him as substantive Chairman of EFCC.

Ologbondiyan raised the concern while faulting Magu’s lawyer, Wahab Shittu for allegedly hinting on the possibility of reinstating his client.

In a statement he signed, the PDP spokesman said: “The PDP wonders if Magu’s counsel is now informing Nigerians that the activities of the Presidential Panel, as well as the indicting memo by the Attorney General of the Federation and Minister of Justice, Abubakar Malami, are all drama to facilitate Magu’s clearance at the Senate.”

Magu was suspended by a presidential panel probing the activities of EFCC under his leadership.

The Justice Ayo Salami-led committee had suspended Magu, following indictment by the Attorney General of the Federation, Abubakar Malami.

Malami, in a memo to the presidency had accused Magu of corruption, insubordination, relooting of loots, mismanagement of loots among others.

Following the indictment, Magu was picked and detains for days but was eventually released.

Against the backdrop of his suspension, EFCC picked its Director of Operations, Mohammed Umar as Magu’s replacement, pending the appointment of a substantive chairman or possible reinstatement. 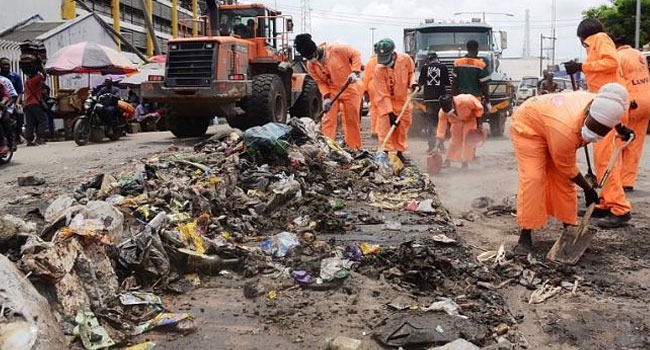 The Lagos State Government has insured street sweepers in the state owing to the risks they face while discharging their daily duties.

This was confirmed by the Lagos Waste Management Authority in a statement issued on Friday.

LAWMA noted that the development is to ensure that the welfare of the sweepers in the state is being taken care of.

While describing the workers as front liners in the management of waste in the state, the agency praised them for their efforts in ensuring that the megacity remains squeaky clean

Under the LAWMA CEO programme, the insurance policy will cover amongst others: death while in active service, permanent disability and medical expenses.

The waste agency explained that its acting “Managing Director, Ibrahim Odumboni, has made a resolve and unequivocally so, that the primary focus and the mandate of the Authority in managing and regulation of waste will not be compromised, deploying the best global practices in achieving same, in line with the “THEMES” agenda of Mr.Governor, Babajide Sanwo-Olu in achieving a cleaner and healthier environment and the general well-being of Lagosians.”

FG Evacuates 324 Nigerians From US. 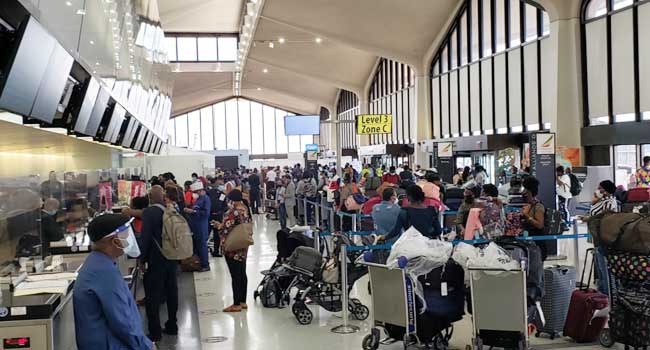 The Federal Government has evacuated another batch of 324 Nigerians who are stranded in the United States of America.+

This was revealed by the Minister of Foreign Affairs, Geoffrey Onyeama on Saturday via Twitter.

According to him, the Nigerian returnees are being expected into the country from Newark Airport, New Jersey.

Onyeama noted that the flight left the American soil on Friday and is due to arrive at the Nnamdi Azikiwe International Airport, Abuja at about 15:35 pm today.

The Minister explained that following the development of the third evacuation of these citizens, two more evacuation flights are expected from the country on July 28 and 31 respectively.

“The third evacuation flight from the #USA has departed Newark, New Jersey to Abuja with 324 Nigerians. The flight departed 23:27hrs on Friday 17th to arrive at about 15:35 pm today.

“Two more evacuation flights are expected from the US to Abuja and Lagos, on the 28th and 31st of this month,” he said.

The Nigerian government had on July 4 evacuated 335 stranded citizens from the US as a result of the COVID-19 pandemic.

The Nigerians in Diaspora Commission (NIDCOM) who confirmed this to Newspot said the evacuees tested negative for COVID-19 before boarding.

It, however, stated that they would remain in 14-day isolation before reuniting with their families.

Over 2,000 Nigerians have so far been evacuated from various parts of the world, among those who have indicated interest to return home following the COVID-19 pandemic.