By SweetParrot (self media writer) | 1 month ago

Governor Umahi Of Ebonyi State claims the recent Actions of Indegnous People Of Biafra, shows that the group has been hijacked by crimnals, Kidnappers and Cultist . He made this statement on Tuesday at the Ecumenical center in Abakakili, the Ebonyi state capital when he innuagrated the New South East traditional leaders Council urging them to help Government unite the Igbo indigenes against agitations and agendas that is dividing the Igbo Nation. 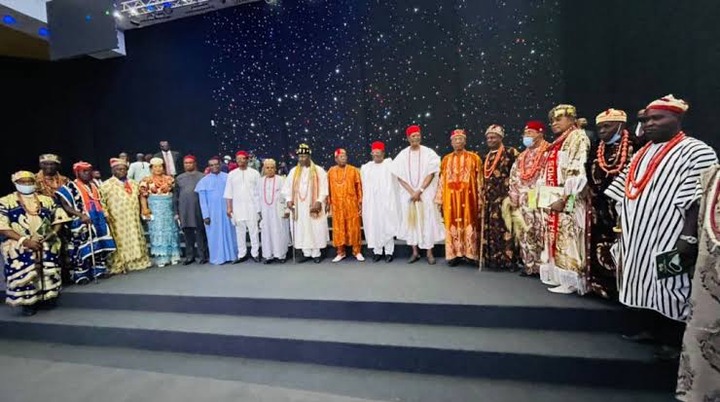 While addressing the newly innuagrated traditional Rulers, Umahi mentioned 3 key points why he belives that the pro-Biafran group has been influenced by people who have no intrest of Igbos at heart. 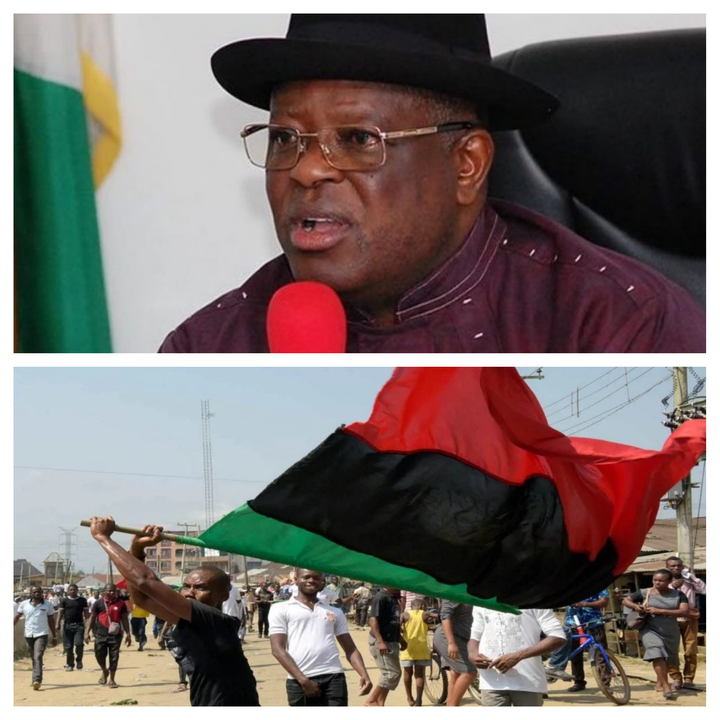 1.The IPOB has made the South East to be declared a red zone.

He pointed that the various Federal Government Ministries had recently Declared the South Eastern region a red zone as a result of the worsening security situation which he believe where caused by the people of the indegnous People Of Biafra. Governor Umahi claimed Intel from his Secret Security Service reports that most attacks and killing perpetuated on travellers, students and trader have been carried out by IPOB group. He also added that the group has been responsible for burning of market, bank and government owned buildings in the south eastern region.

2. The group has sabotaged the growth of Business in the region.

Governor Umahi noted that the group has been involved in destruction of truck filled with goods that came into the region on the days declared as a sit-at-home protest days. According to him it is presently difficult for trucks with food to bring in goods from other region into South Eastern states due to these criminal activities carried out by the group which has led to great decline in the business growth of the South Eastern region.

3. The Igbo Business men and Women now lives with fear when doing their business.

According to the Ebonyi State Governor, the Igbo People are very industrious people who do not sit at home on Mondays. However, the group has instigated fear in Igbo Business owners and even though the sit-at-home order has been suspended, Business men and women continues to stay indoors due of fear of their business, attacked by the IPOB members.