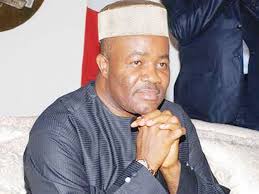 During the sitting yesterday, Godswill Akpabio, the Minister of Niger Delta Affairs, spilled lots of things, in which some were startling and disturbing, all about the Niger Delta Development Commission (NDDC), looting allegations of the commission, and Joi Nunieh's controversy.

Thus, below are highlights of the things said by Godswill Akpabio at the House Committee on NDDC Panel sitting, which was held yesterday:

During the hearing yesterday, Akpabio disclosed that he has not seen any contract documents which sealed any deal with Tunji-Ojo's company, concerning the alleged N40bn expenditure in the NDDC

He added that he was not sure that whether the NDDC awarded such contracts to the Chairman of the House of Representatives in person of Rep. Olubumi Tunji-Ojo.

In his words, Akpabio said, "I am not sure if NDDC awarded contract to the Chairman, House of Representatives Committee, Rep. Olubumi Tunji-Ojo. For me to say that, I need to see that contracts were awarded to his company; may be the contract was awarded in the area where he comes from in Ondo."

Recall that Rep. Tunji-Ojo had been accused of executing contracts which was awarded by the Interim Management Committee (IMC) of the NDDC.

Thus, he stepped down from his position as the chairman of the Panel committee to allow for a fair hearing from the remaining members of the committee.

2. A 60% of NDDC contracts go to National Assembly members:

After his denial of any contract deal between the NDDC and the Chairman of the House of Representatives, Tunji-Ojo, Akpabio went ahead to tense the air with another bombshell, he said that 60 percent of all contracts which her undertaken by the NDDC go to "you", National Assembly members.

Surprised, a floor member of the house committee asked him to clarify what he meant by the “you people” in his allegation.

Akpabio went ahead to explain, saying: "I just told you that we have records to show that most of the contracts in the NDDC are given out to members of the National Assembly."

Godswill Akpabio yesterday mentioned that the reason for the sack of the former acting Managing Director of NDDC, Ms Joi Nunieh, was because of her insubordination, among many other sins she committed.

He added that Joi Nunieh lacks any certification to prove her service in the National Youth Service Corp (NYSC) and was also unable to provide an exemption letter from the NYSC board. 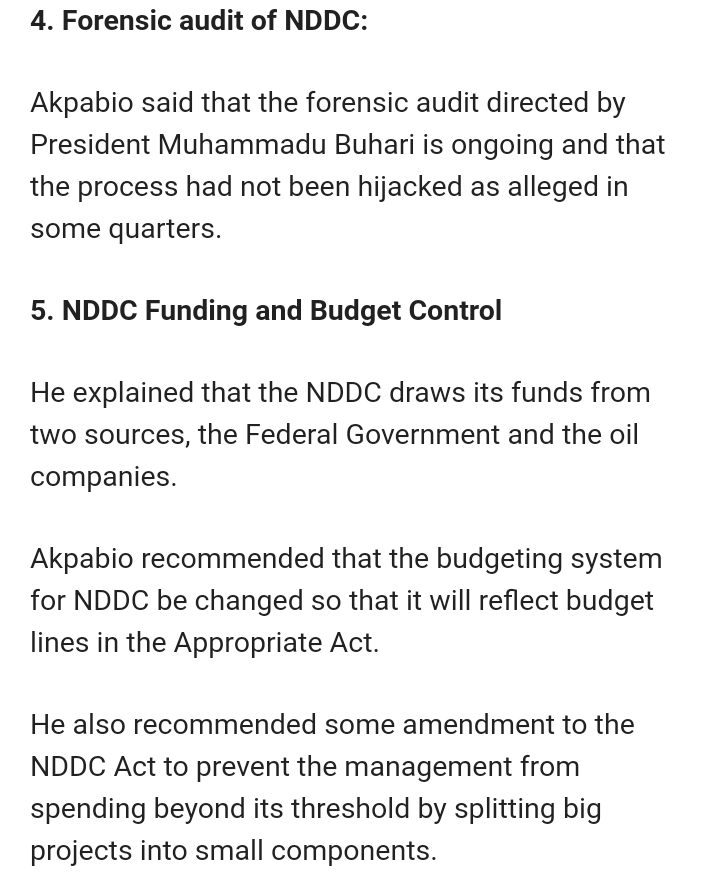