By Mediateehem (self meida writer) | 27 days 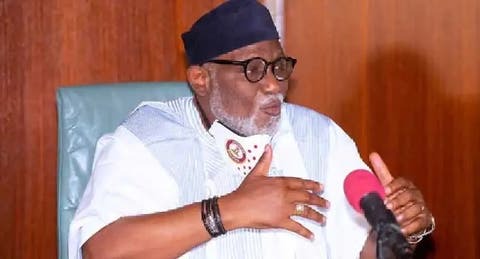 According to a news that was posted by the Nigerian Tribune this evening, it has been alleged that the governor of Ondo State, Governor Rotimi Akeredolu has warned his former deputy and other politicians who left office when he was reelected as the governor of the state.

In the information that was gotten, it was alleged that the governor promised to embarrass his former deputy, Honourable Agboola Ajayi after he refused to return government cars and other properties that are in his possession..

Governor Rotimi Akeredolu specifically warned Agboola, who defected to another party while the Ondo State gubernatorial election was approaching last year, to return the four vehicles he drove away from the government's house last year and that if he doesn't, he will embarrass him and he will not also hesitate to unleash security operatives on him and other former political appointees who absconded with Ondo State properties.

The governor further said that what his former deputy did is regarded as act of stealing because, nobody is entitled to any government's property, as soon as the person leaves office and that, he did not buy any car when he was sworn in the second time because, he can't be using taxpayers' money to buy cars while former appointees are stealing them away. 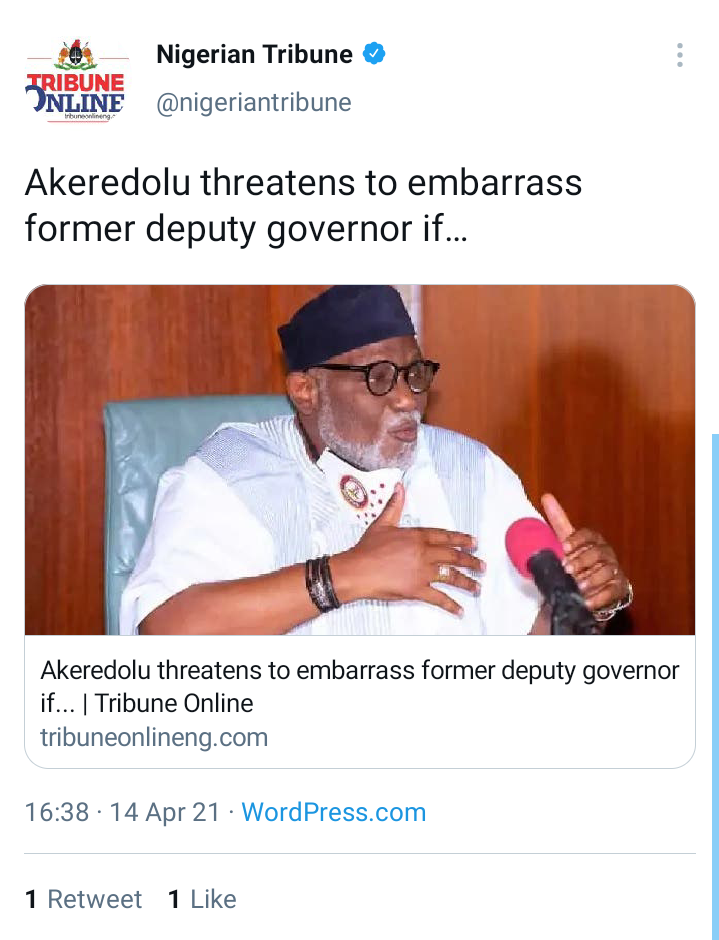