By Kakaakinews (self meida writer) | 1 months 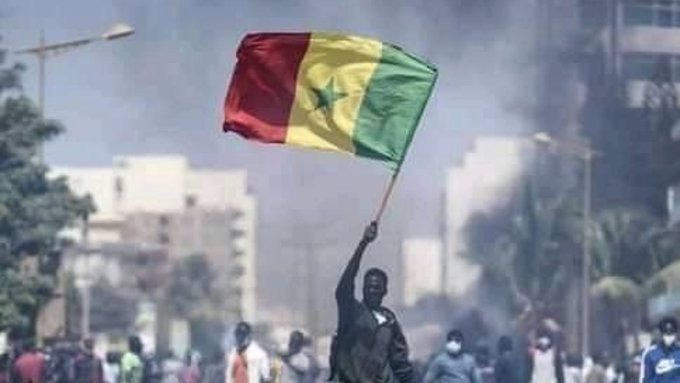 The issue of police brutality is on the front burner again in Africa, as #FreeSenegal trends on Nigerian Twitter.

Some Nigerian users of Twitter are actively adding their voice to the calls for an end to police brutality in the West African country of Senegal as well as the right to protest peacefully.

Sonko, leader of the opposition Pastef party and former presidential candidate, is considered a key potential challenger to President Macky Sall in elections in three years.

He was arrested on Wednesday for disturbing public order as demonstrations broke out ahead of his court appearance on a rape charge, triggering the worst unrest seen in years in a country generally known for its stability.

Angry protestors attacked the headquarters of media deemed close to the government Thursday evening, while authorities suspended two private television stations, accusing them of "stirring up hatred and violence".

Author and popular Twitter user, JJ Omojuwa tweeted, “We stand with the people of Senegal. The government must stop its clampdown on harmless and innocent citizens. Learn from Abdoulaye Wade & #Sunu2012. No one is too big to go when the people are ready! #FreeSenegal”

Kate Nanyongo, sharing a photo of Sall tweeted, “This Senegalese dictator has arrested opposition leader, turn off internet services and sent soldiers to deal with civilians. What happened to my continent? #FreeSenegal”

Mazi JohnBosko tweeted, “#EndSars is with you on #FreeSenegal the youths of Senegal Voices must be heard”