Agom's Swearing-in : Why Cross River Is The Victim

By InyaliPeter (self media writer) | 8 months ago 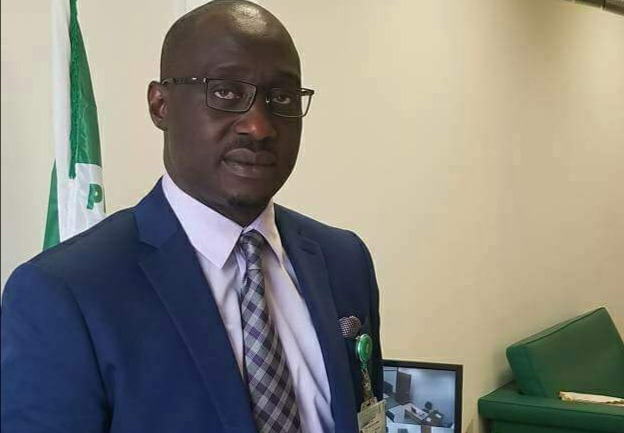 When everybody thought the battle of wits between Sen. Stephen Odey and Senator-elect, Jarigbe Agom was over, this morning, there was another unfortunate twist which would delay the inauguration of the latter as Senator representing the Cross River North Senatorial District.

After about two months of recess, the National Assembly resumed today and it was widely expected that Agom, who is currently representing Yala/Ogoja federal constituency will be inaugurated as the Senator representing Cross River North Senatorial District.

Agom had won his case against Odey at both Appeal and Supreme Courts as the authentic candidate of the People's Democratic Party, PDP in the December 5th Cross River North Senatorial District by-election. Unfortunately, the supremacy fight between him and Odey who is heavily backed by the Governor, Sen. Ben Ayade won't allow him to be sworn-in.

While politics is perceived generally as a game, the true essence of the game remains service to the people. Since the death of the late occupant of the seat, Cross River North has not been properly represented. After her unfortunate demise, it took the Independent National Electoral Commission, INEC up to eight months to hold fresh election to elect her replacement.

Although this was largely due to the outbreak of the COVID-19 pandemic, but within the period, a lot of Senators got assistance to reach out to their constituents who could not go out or go about their normal activities owing to the lock down. Because the Cross River North had no Senator, the people of the Senatorial district did not enjoy this goodwill.

Also, when Odey when Odey was there for seven months, he was not allowed to concentrate. In fact, Odey spent more time in the court room than in his office in the National Assembly as Senator.

And when the Senatorial district was at the verge of having a stable Senator, another distraction has come. On whose interest is the stoppage of Agom's inauguration? Is the interest of some individuals bigger than the overall interest of the masses?

Several Lawyers have argued that Odey has exhausted all his legal windows and at this point, there's nothing he can do to upturn the decision of the apex court against him. Odey himself is a Lawyer and knows this. Why is he playing the spoiler's game now? How would his actions benefit the people he claims he's striving to represent?

Cross River North has been seriously shortchanged in the scheme of things in over a year now and this is because of the individual interests of politicians. Politics shouldn't be all about individuals but the people.

At a critical point in Nigeria history that the National Assembly is carrying out important constitutional review, it's quite unfortunate that a Senatorial district that houses Ogoja which is the oldest and the only Provence yet to be made a state in Nigeria won't have anybody to speak for the people.

Similarly, the year is drawing to an end and the federal government is releasing funds for the funding of several constituencies projects. While other Senatorial districts have senators who would be lobbying and following up for a smooth implementation of projects nominated for their Senatorial districts, Cross River North will unfortunately be left barren.

Thie can't continue. Those behind this undemocratic and desperate move must allow the Senatorial district know some peace. They must allow the people have a stable Senator in the remaining lifespan of this democracy regime.

Both Odey and Agom have fought good fights. Odey was there for some time but the tide has changed. In the interest of the people they want to represent, it's time for Odey and his supporters to sheath their swords. This is not about Agom Or PDP. It's about the people.

Every responsible leader and politician should know when to fight and when to withdraw. The game of politics is not a one way traffic. Hundred percentage in politics is failure. It's a game that you win some and lose some. You don't win always. Odey and his backers have won many, this may not be their time.

People should always be guided by the fact that whatever thing they do, posterity would judge them right or wrong. All those involved in depriving the people of representation should remember that a day of reckoning will surely come.

Enough is enough! Cross River North is bigger than any single individual!