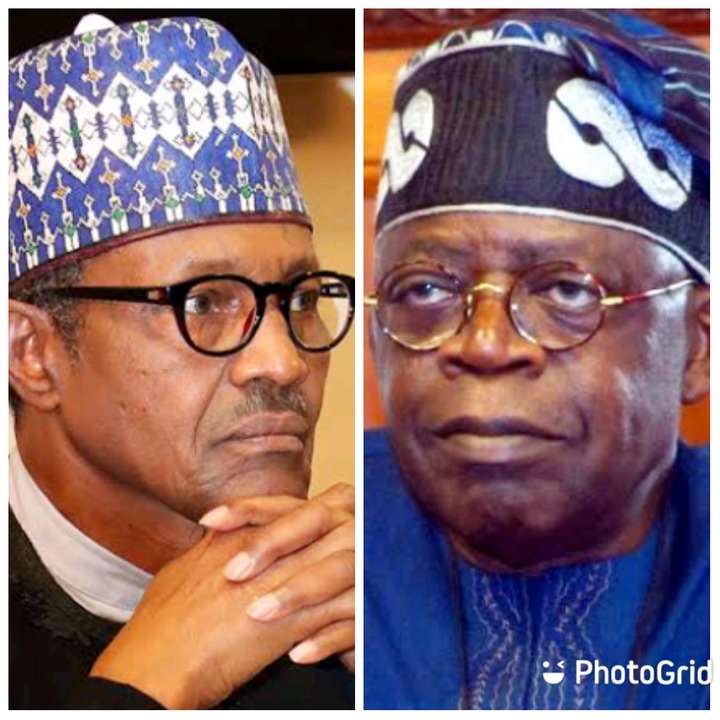 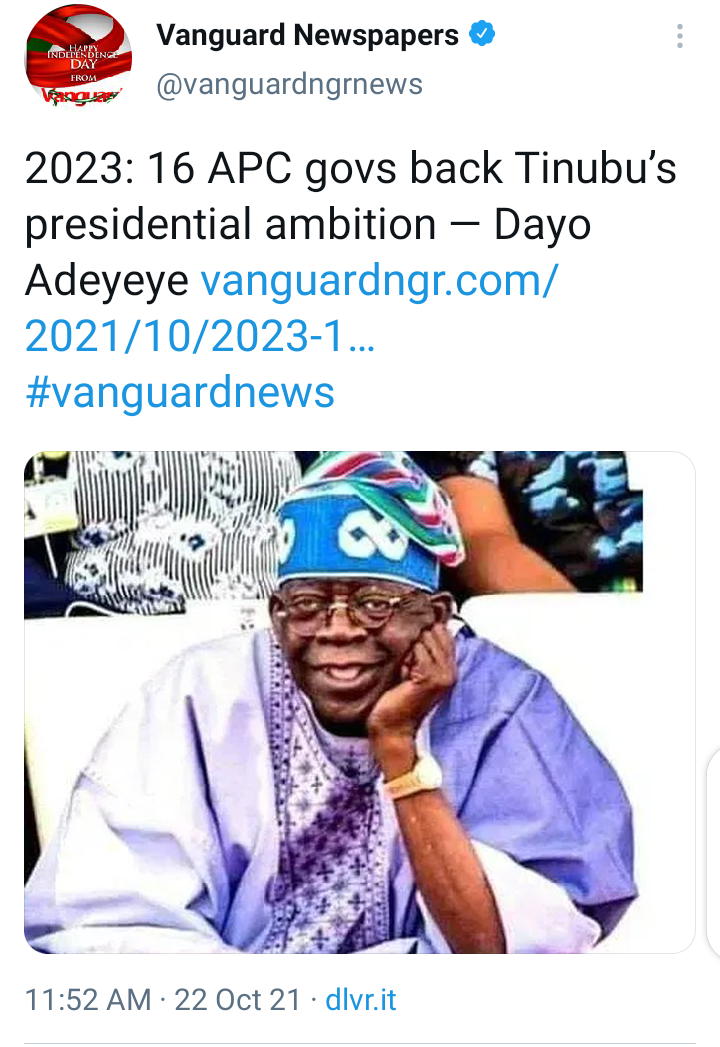 Adeyeye, a former Minister of Works (state), said this while inaugurating the factional executives belonging to SWAGA group across the 16 local government areas of Ekiti State.

The former minister said: “Bola Tinubu will be the next President of this country and one of us will become the governor in Ekiti State. I am happy that the new executives have passion for this group and this will lead to action and, eventually, victory for all of us.

“APC leaders and members across board are using their money to fund SWAGA. Members are not after money. Let me tell you this, 16 governors are now backing Tinubu for president and they are no longer afraid, after Governor Babajide Sanwo-Olu of Lagos State openly supported us when we did the flag off in Lagos.” 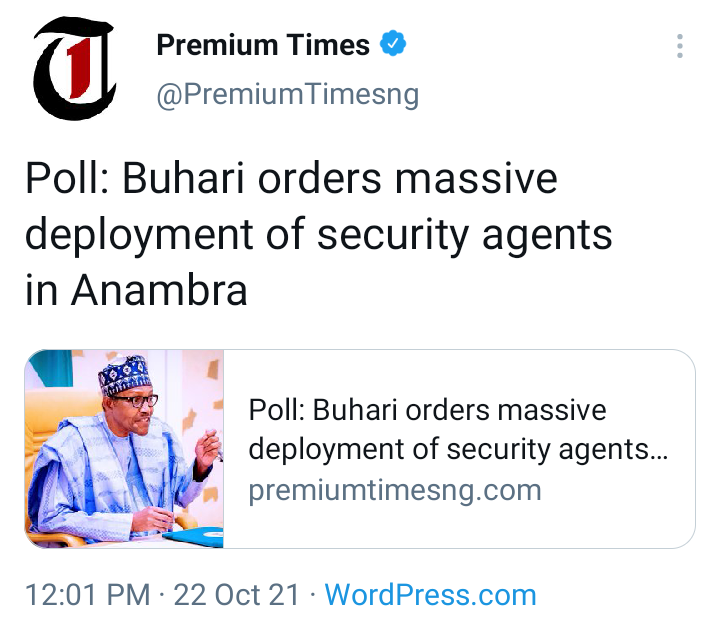 President Muhammadu Buhari has ordered a massive deployment of security agents in Anambra State to ensure peaceful conduct of the November 6 governorship election in the state.

The meeting was presided over by Mr Buhari.

There has been an upsurge of violent activities in Anambra in the past months, leading to the death of some persons and destruction of properties.

Apart from the killings, the facilities of the Independent National Electoral Commission (INEC) and other government agencies have also been attacked, thereby threatening the peaceful conduct of the governorship poll.

The attacks have been linked to the proscribed IPOB and its militant wing, ESN.

Mr Monguno, a retired major general, said NCS observed that non-state actors had made attempts to frustrate the smooth conduct of the polls, following their violent activities in Anambra State. 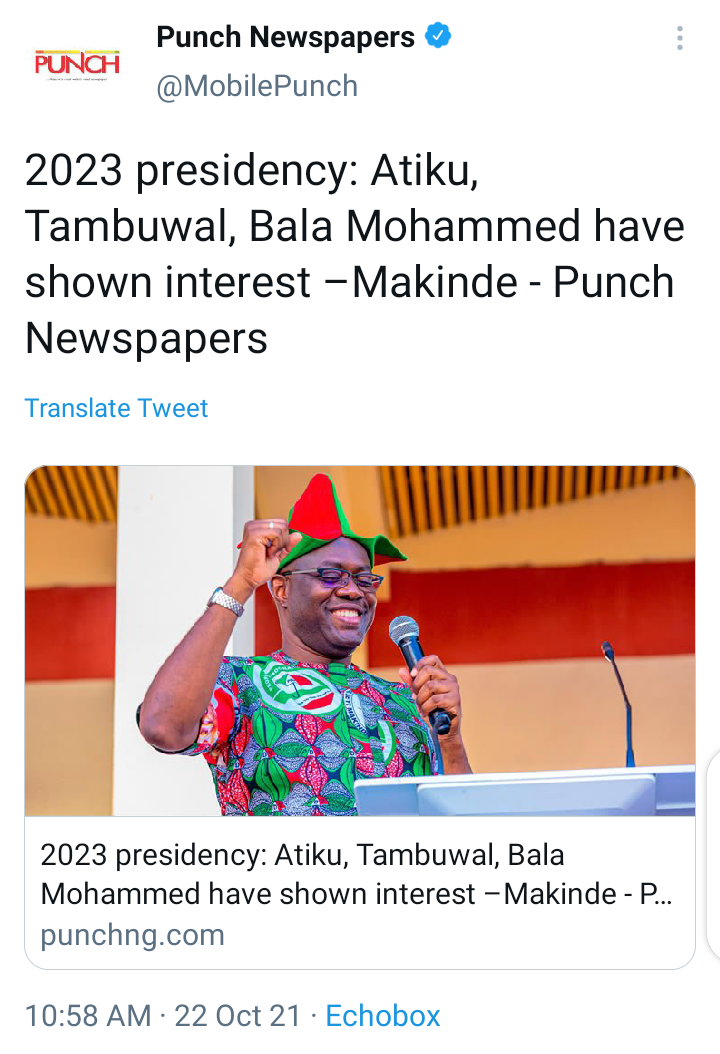 Makinde said they are among the “eminently qualified” personalities in the Peoples Democratic Party that can lead the country successfully.

The governor made this known while featuring on Politics Today, a current affairs programme on Channels Television, which our correspondent monitored from Abuja on Thursday.

Makinde said, “I make bold to say that the situation in this country today, the only way that you can stop PDP at the federal level is by dividing PDP internally.

All the governors of the PDP are well aware of this fact and we made unity within ourselves our number one priority.

Once the governors of PDP are able to move in one direction, align on most of the issues and the challenges we are faced with, I think there is hope for this country.

“The issue right now is that our party — PDP — has eminently qualified personalities that can lead this country successfully.

But the bottom line is when we get to that bridge, we will definitely cross it. What is important at this stage, which I will solicit the support of PDP members and the generality of Nigerians, is please support us to have a successful national convention.