By OlasunkanmiOduntan (self meida writer) | 26 days 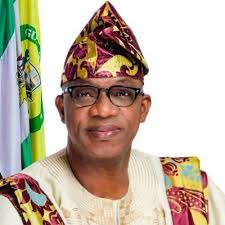 After several years of negligence and marginalization by the immediate past government of the gateway state, Ogun state to the people of Ala-Omu community, a fertile and productive land in the constituent of Ijebu East, leaders, elders and royal fathers constitute forum called Ajose Communities Elders Group (AJOCEG) and appealed to Prince Dapo Abiodun to fix the roads linking to these communities.

The leaders, elders and royal fathers of these communities which include: Omu, Erebe, Irete, Jobore, Ibido, Ikise, Okeodun, Igbile and Ala met on Sunday, 11th April, 2021 to primarily discuss the development and progress of their community.

Pertinent issues were raised amongst which is the reconstruction of the Ala-Omu road which has been neglected over the years, in a dilapidated and death trapped state, demeaning commercialization, worsening health cases and encouraging armed robbery.

The group identified that the bad road network has kept children away from visiting home in season and out of season, husbands away from wife for inability to ply on gully roads daily, prevented investors into the community. Hence, appeal that the governor to develop these roads.

The elected chairman of the group, Otunba Adelaja promised to carry out responsibilities entrusted on him effectively and efficiently and promises to continuously lead by example. The secretary in his remark thanked the members for their commitment towards the progress of the group. Former governorship aspirant, who was also in attendance, Otunba Paseda promised to do everything in ensuring Government presence to these adjoining towns. The Obas in attendance vehemently prayed for Otunba paseda and equally thanked him for the group support and the supports he had been rendering before now.

The Public Relation Officer of the group, Alhaji Sikiru Ogunlana expressed profound hope and complete trust in the governor of the state to meet their demands. He said "We have seen the marvelous works of Price Dapo Abiodun, and the rehabilitation exercises ongoing in every nooks and crannies of the state especially in terms of road infrastructure. We have recently felt his touch in Ijebu Ode axis and hoping he'll extend this enviable development towards Omu-Ala road. Ours is to draw his attention to the expediency of this road project, and we trust him to deliver."

Content created and supplied by: OlasunkanmiOduntan (via Opera News )

Neymar's New Salary Details After Extending His Contract with PSG

To keep a woman you need to show her these

The Most Effective Premier League Managers of The 2020/2021 Season