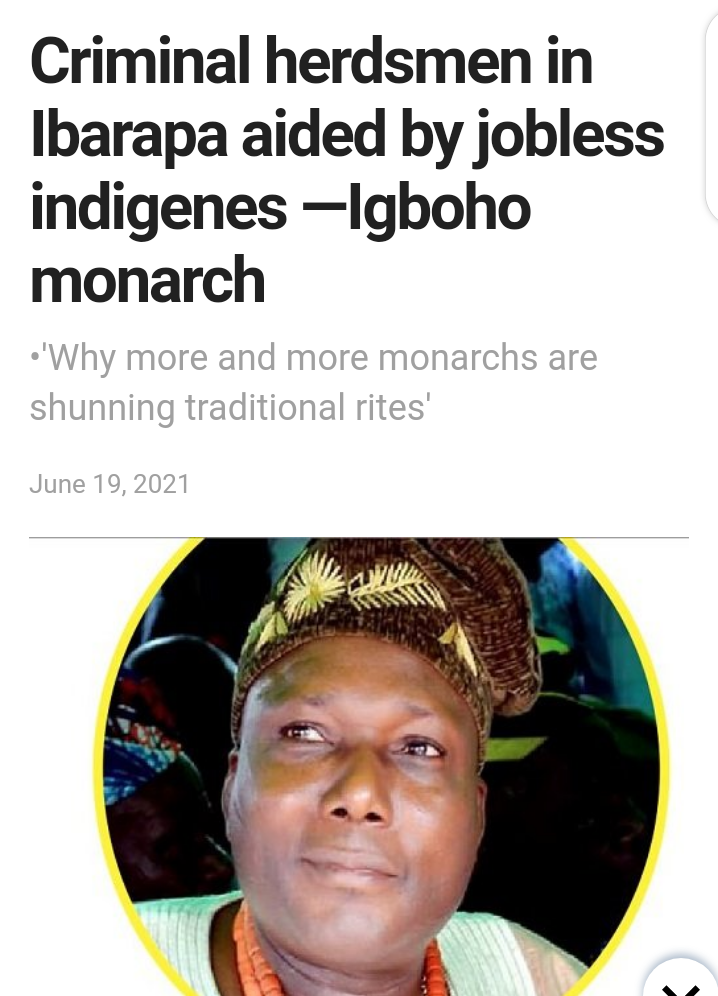 The Ona Onibode, Oba AbdulRasheed Adetoyese, is one of the three traditional rulers in Igboholand, Oke Ogun part of Oyo State. In this interview with GBENGA ADERANTI, Oba Adetoyese talks about his relationship with the other traditional rulers

in the community, why attacks on the community by criminal herders have been frequent, the roles that monarchs should play in governance, his relationship with ethnic activist Sunday Igboho and why it is difficult

The people of Oke Ogun appear to have suffered more than any other community in Oyo State as a result of attacks by criminal herders. What could be responsible for this. 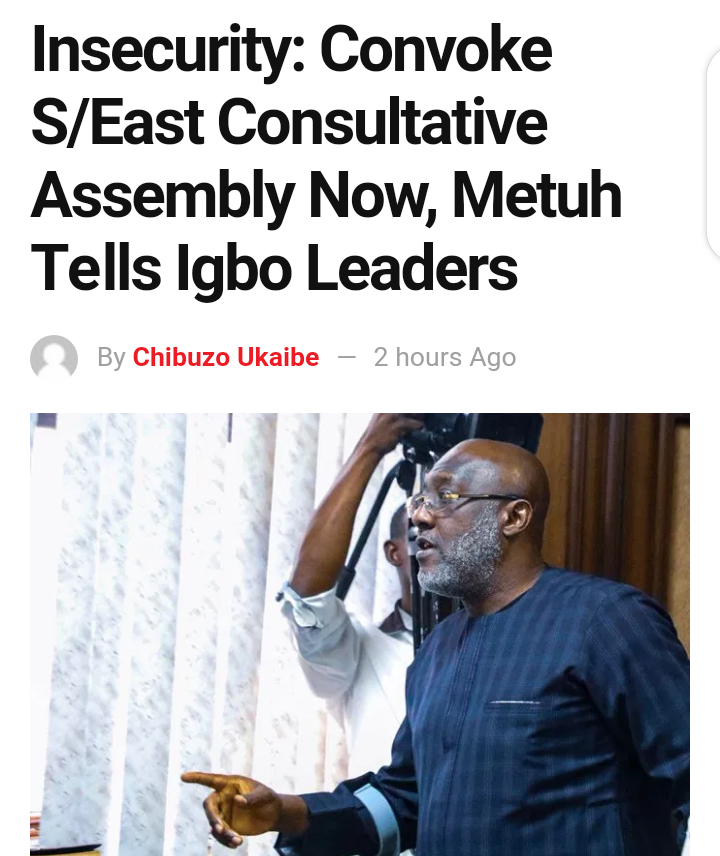 Former national publicity secretary of the Peoples Democratic Party (PDP), Chief Olisa Metuh, has called on elders and leaders of the South East geo-political zone to urgently convoke a South East Consultative Assembly to address insecurity challenges facing the region. Metuh, who bemoaned the incessant killing, dehumanisation and harassment of Igbos as well as the militarisation of the South East described the situation as “sad and avoidable”.

According to Metuh, “There is so much devastation going on in the South East. People are being killed, harassed, victimised and dehumanised. Moreover, the wanton killings and destruction of property being witnessed are very worrisome. This is given the fact that such conduct is completely alien to the Igbos. Such is not in the character of the Igbos. They are unknown to us. 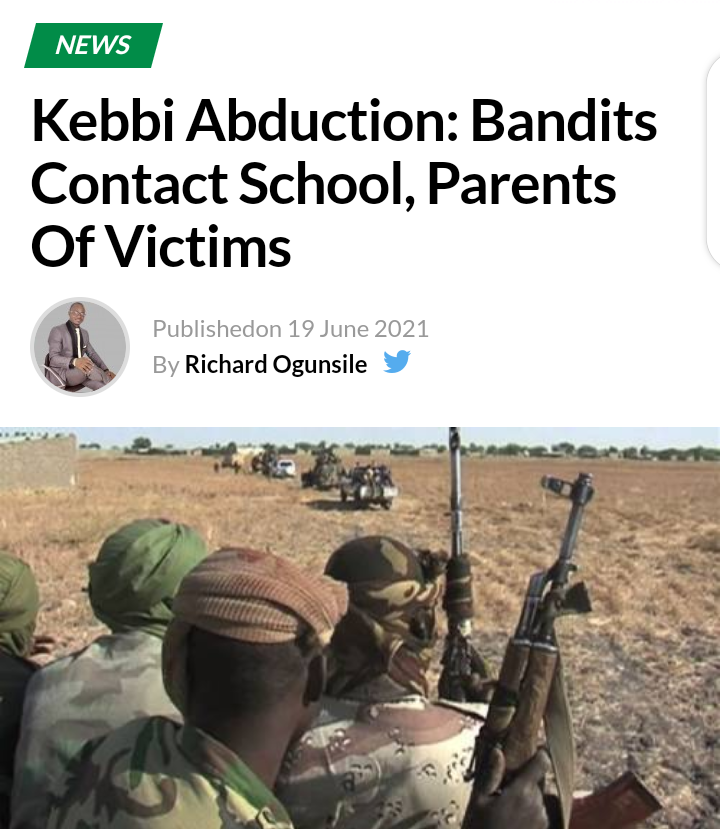 Bandits who kidnapped scores of students

at the Federal Government College in Birnin Kebbi, the Kebbi State capital, have

reportedly contacted the parents of the kidnapped children.

bullets with the bandits inside a bush.

The bandits who rode on motorcycles stormed FGC from neighbouring Rijau

an officer of the Nigeria mobile police.

Hours after the rescue of nine victims of the incident, reports reaching Naija News confirmed that the kidnappers have reached out to the affected families informing them their relatives were being held hostage at an undisclosed location. 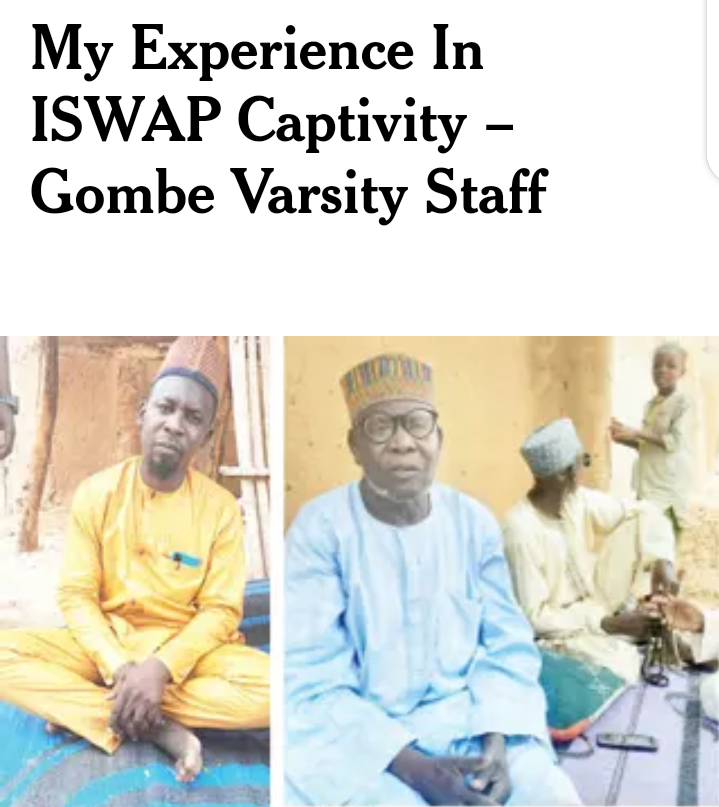 A member of staff of the Federal University, Kashere, Gombe State and indigene of Damaturu, Muazu Bawa, who was abducted by members of the Islamic State of West African Province (ISWAP), finally regained freedom and reunited with his family members last Monday. He was abducted alongside other travellers on the Damaturu-Maiduguri highway six months ago, precisely on Saturday January 2, this year.

In an exclusive interview with Daily Trust Saturday at his Pompomari residence in Damaturu, the Yobe State capital, Bawa narrated how he earlier gave up on life when he was whiskered into the bush by the terrorists.