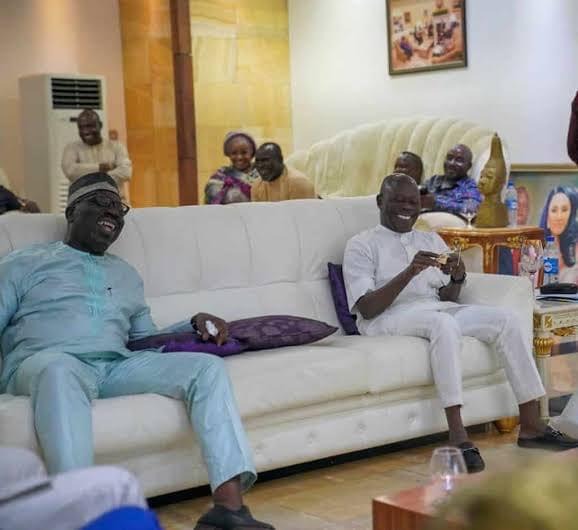 Before now, many had thought that Adams Oshiomhole’s threat to get Governor Obaseki disqualified as candidate of the PDP in the September 2020 Edo state gubernatorial election was targeted at Godwin Obaseki only. It now appears to be an issue of double jeopardy for PDP and its flag bearers.

Details from APC’s suit challenging Obaseki and Philip Shuaibu‘s candidacy, as published by several newspapers, indicates that the PDP and Governor Obaseki‘s apparently precarious political dilemma may get even more precarious. It's fairly easy to imagine that the PDP family is currently scratching their heads because, they probably thought that they had Obaseki covered, as regards the forgery and perjury case. However, now that Philip Shuaibu has been added to the mix, the PDP obviously has to re strategize, effectively.

Earlier this week, the APC had accused the PDP of being the mastermind of a so called protest by some APC members from Agbede, against Ize-Iyamu’s running mate, Mallam Gani Audu. The protesters had wanted Gani Audu replaced by just any other candidate, except their kinsmen. And now in the same week, Obaseki‘s running mate is potentially facing a more precarious situation. 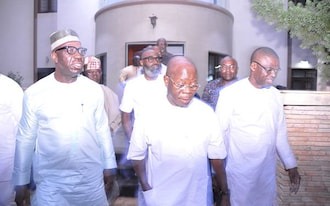 The substance of the new twist is basically weaved around the Deputy Governor, Philip Shuaibu. The plaintiffs are the APC and Mr Edobor Williams. The suit with reference number FHC/B/CS/75/2020, alleges that Shuaibu presented forged WAEC credentials to the INEC. Second, they allege that the same man presented a forged tax clearance certificate to the National electoral body, contrary to the Electoral Act and Section 182 of the Country's Constitution. The charges against Obaseki, however, largely, remains as previously reported.

You may remember that it was the PDP which instituted the original case of forgery and perjury against Godwin Obaseki (then candidate of the APC) in 2016.

If there's any substance whatsoever, to the allegations against Philip Shuaibu, then this can be eventually seen as a master stroke from Adams Oshiomhole, against his former prodigy. When Oshiomhole made his threat, reportedly on June 17, 2020, he hinted of the APC having ‘new evidence’ against the current Edo state Governor. It makes sense now, to assume that the ‘new evidence’ could have been in reference to Obaseki’s Deputy, Philip Shuaibu.

Oshiomhole had told reporters about one month ago, that:

"Fortunate enough, it was the PDP that exposed him (Obaseki) in 2016. PDP had filed a case at The Federal High Court, amplifying every forgery segment in his certificate. The APC just managed to escape because the case was filed out of time and the case was struck out. Now the case has life, so when they field him, we will be at the court to adopt what the PDP filed before the court against him, with [additional evidence] we now have against him. So, we can't wait to have PDP field him as their candidate." 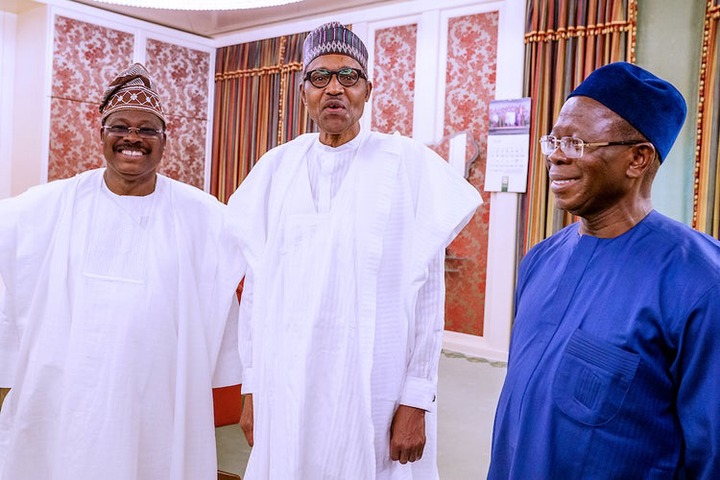 And, in order to ensure a successful prosecution, Oshiomhole and the APC have drafted the well respected Chief Wole Olanipekun, SAN, (and four other SANs, amongst others) the man that helped Oshiomhole retrieve his mandate in 2008, after the INEC had declared PDP candidate, Oserhiemen Osunbor as winner of the 2007 Edo gubernatorial election.

Olanipekun had reminded a mainstay within Oshiomhole and the APC political camp ever since. Remember that he was chief legal counsel to APC all through Adams Oshiomhole‘s short-lived tenure as National Chairman. This fact could become added motivation for Olanipekun to annihilate Oshiomhole‘s mortal enemies. Olanipekun also helped the APC achieve victory in several of their legal challenges. He was also part of President Buhari's successful team of legal defense, during Atiku‘s challenge to his victory in the 2019 Presidential election.

There could have been a strategy behind APC throwing PDP and Obaseki off their scent by not even making reference to Shuaibu all the while. This could have been a ploy to throw Governor Obaseki‘s campaign off balance, so close to the gubernatorial elections. There's now a real danger that APC, choosing to institute the case, with a twist, at this period of campaigning, could effectively distract PDP’s attention to campaign details.

This can have a negative or positive impact (depending on which camp you belong) on those who are yet to decide on who to vote for, between Godwin Obaseki, and his opponent, Pastor Osagie Ize-Iyamu. It is simple psychology, that many ordinary voters, most times decide against voting if they perceived that their preferred candidate has no chance at electoral victory.

The same psychological mindset could dissuade potential Obaseki supporters from coming out to vote, if they believe that there's real chance of him being eventually disqualified. This has a good chance of draining life, and passion, out of Obaseki’s campaign structure. After all, voters are usually wary about potentially ‘losing their votes’. Can this be Oshiomhole 's perfect revenge?