By Olapen (self meida writer) | 6 days 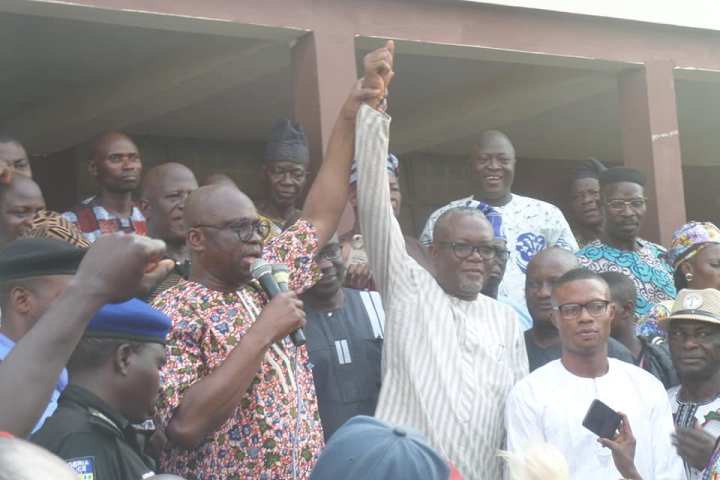 Former Governor of Ekiti, Mr Ayodele Fayose, on Tuesday, unveiled the Chairman of Peoples Democratic Party (PDP) in the state, Mr Bisi Kolawole, as his preferred choice for the 2022 governorship election in the state.

Kolawole, a former House of Assembly member, representing the Efon constituency, was formally presented by Fayose to his supporters in all the 177 wards in the state.

The occasion was attended by some party chieftains, including a former member of the House of Representatives from Ogun, Mr Ladi Adebutu, a former PDP South-West Zonal Chairman, Dr Eddy Olafeso, PDP Chairman in Ogun, Alhaji Sikirukahi Ogundele and Mr Kayode Alufa, among others.

Speaking at the occasion, Fayose described Kolawole as a bridge-builder, who would usher in a better future for Ekiti and the party. 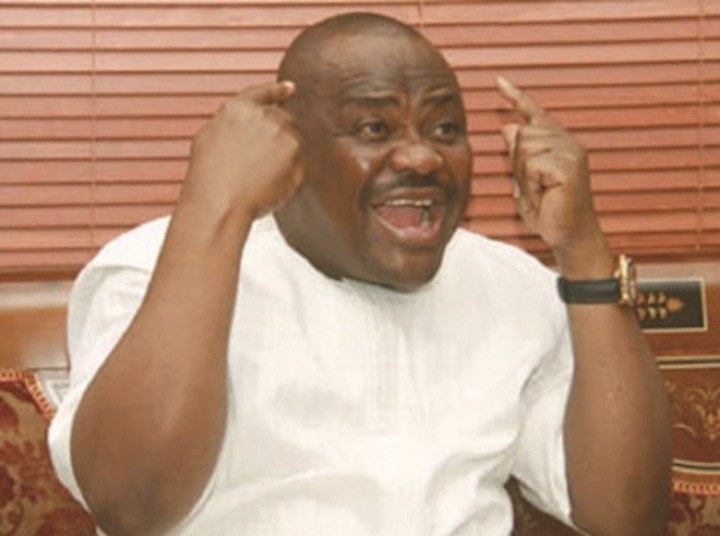 Rivers State Governor, Nyesom Wike has warned secessionists, including Indigenous People Of Biafra (IPOB) to stay away from Rivers as no one can annex the state.

He told told those riding on the hospitality of the Rivers people to hatch their secessionist agenda to take such clandestine activities elsewhere.

Wike gave the warning when the traditional rulers, political and opinion leaders of Ekpeye nationality paid a solidarity visit to him at Government House, Port Harcourt on Tuesday.

The governor said his administration would leave nothing to chance in protecting the state and its people against such persons who thought they could annex the state by dragging her into their separatist agenda.

Dating Is A Sin – Edet Reveals. 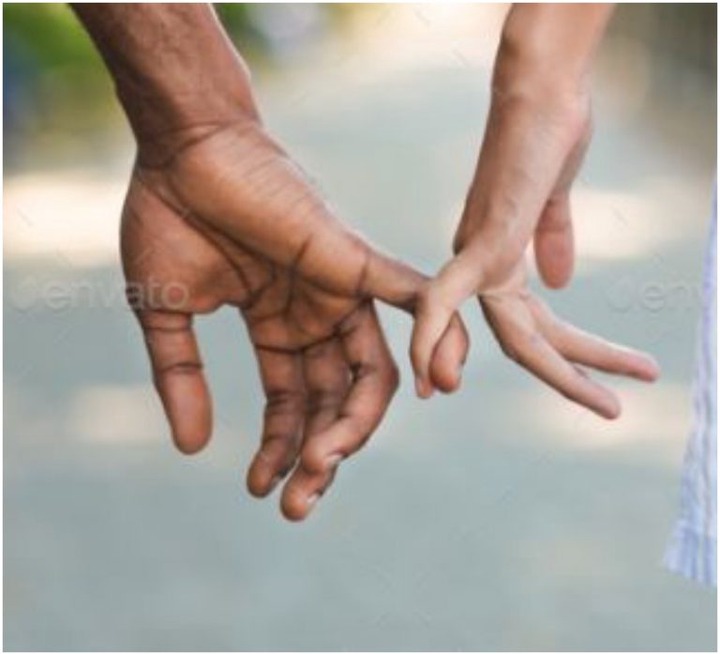 A Nigerian evangelist, simply known as Victor Edet has taken to social media to speak about dating revealing that it is a sin for a Christian brother or sister to indulge in dating.

According to Victor Edet, it is not biblical for brothers and sisters in Christ to indulge in dating or relationships as it is not from God. The evangelist noted that only courtship and marriage are permissible in Christendom. 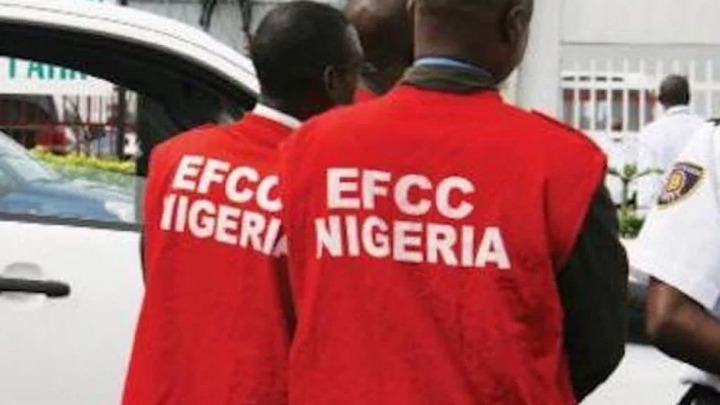 The Economic and Financial Crimes Commission (EFCC) on Tuesday announced the arrest of four suspected internet fraudsters in Makurdi, Benue.

The spokesman for the commission, Mr Wilson Uwujaren, confirmed the development in a statement on Tuesday.

He said four suspects were arrested on Saturday by operatives of the commission, following an intelligence report on their alleged criminal activities in and around Makurdi metropolis.

Uwujaren added that at the point of arrest, the principal suspect was in possession of a Mercedes Benz GLK 350, 2010 Model car and one iPhone.

Other items recovered from the suspects included two Pro Max phones, two Infinix phones and ATM cards, among others.

The suspects will soon be charged to court, he said. 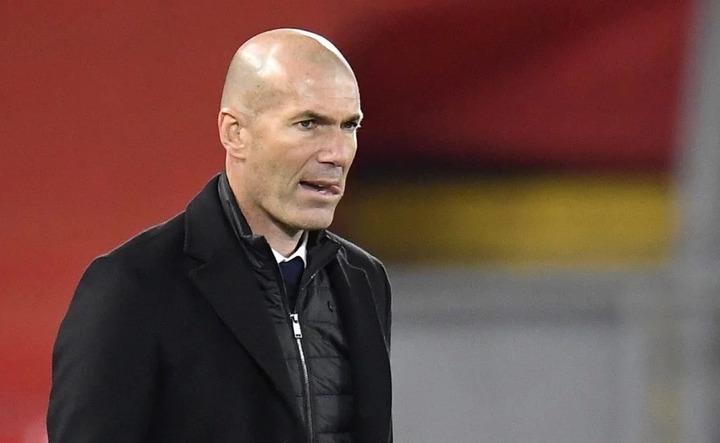 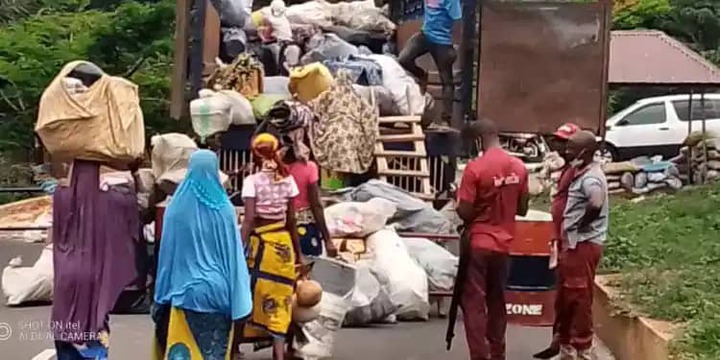 No fewer than 137 northerners have again been evicted from the forest reserves in Ondo state by the state security outfit codenamed Amotekun.

Those evicted were occupying the Elegbeka forest reserves along Ifon-Owo road.

Speaking with newsmen in Akure, the state commander of Amotekun, Chief Adetunji Adeleye said that their continued occupation of the forest reserve was a security threat to the state.

Adeleye said that all the illegal forest occupants would be escorted out of the state to wherever they came from. 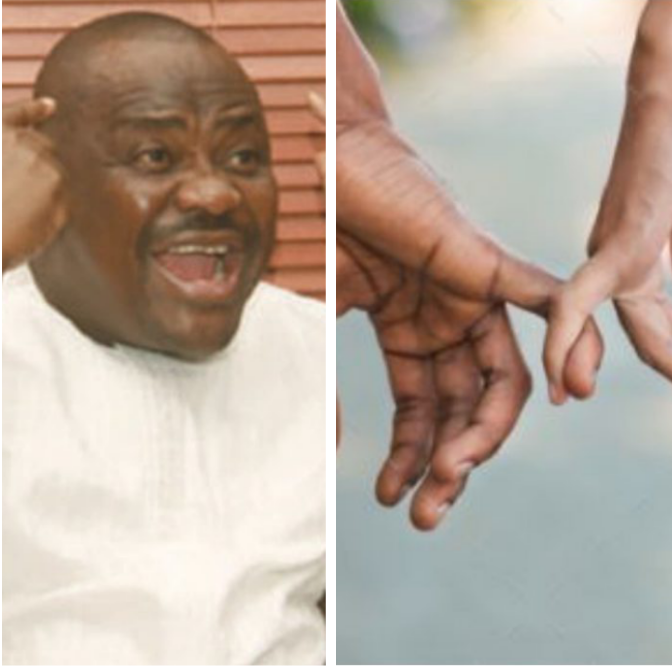