By OmoobaAlekuwodo (self media writer) | 25 days ago 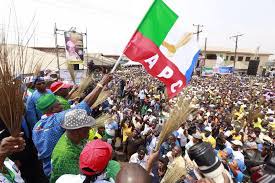 Ahead of the 2023 general elections, prominent politicians, political gladiators, politicians, opinion moulders and political parties have been strategising on the region that may, probably, produce the next President of the Federal Republic of Nigeria.

Interestingly, majority of the politicians and, mostly, some of the serving governors in the Southern part of Nigeria have disclosed their demand for the return of presidential power to the region.

Also, other prominent citizens and political gladiators from the Southern part of Nigeria have recalled that chosen the next president of the Federal Republic of Nigeria from the South will engender all-inclusiveness, in the course of ruling the country.

However, the agitation by the southerners that the presidential power should be returned to the region in 2023 was not left unopposed by some politicians, political gladiators and political opinion moulders in the Northern partt of the country.

Some northerners have countered the demand of the Southerners with many responses which include political logistics and verbal expressions.

However, the political charisma being portrayed by some Southern members of the ruling party, All Progressives Congress (APC), to have stayed away from showing interest in becoming the National Chairman of the party could be considered as a great political logistic which, clearly, indicates that they are serious with their demand for the return of presidential power to the South, in 2023.

It is important to recall that, the political principle of zoning either national party chairmanship position or the presidential candidate of a party to either North or South, such that each of the regions has representatives at the helm of affairs of the executive or political structure of the country is highly becoming an ethic in Nigerian politics.

Considering this principle, the decision by the Southern members of the ruling All Progressives Congress (APC) to stay away from joining the race for the national chairmanship of the party could, definitely, be considered as an indication that their agitation for the return of presidential power to the South is serious.