This is totally UNACCEPTABLE, as another APPOINTEE WALKED OUT on members of the NATIONAL ASSEMBLY.

By SILVERDOVETV (self media writer) | 1 year ago 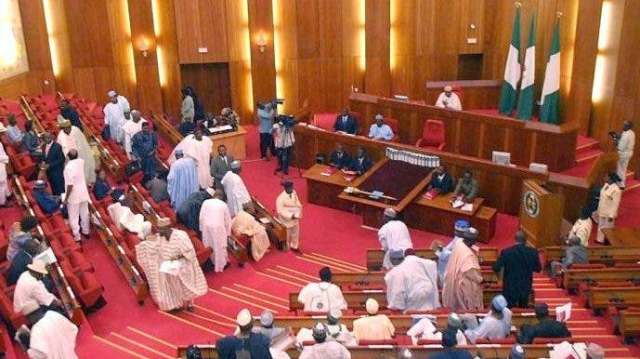 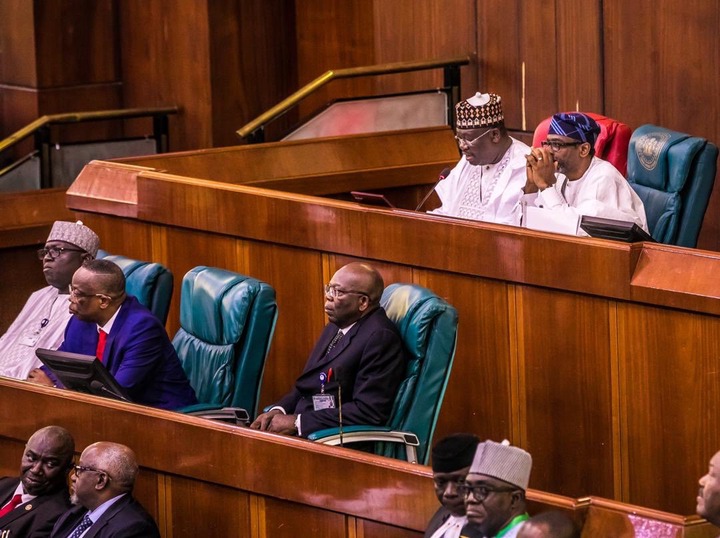 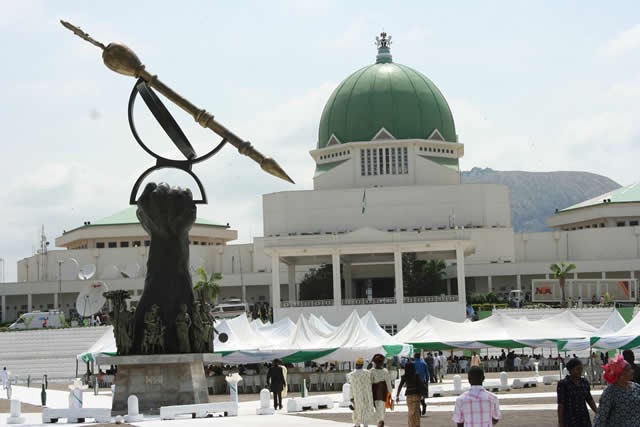 This is totally UNACCEPTABLE, as another APPOINTEE WALKED OUT on members of the NATIONAL ASSEMBLY.

The recent fracus at the National Assembly calls for a sober reflection and an evaluation of how much our dear National Assembly has lost his values and prestige, honour and its place as one of the strongest arms of the government as an institution.

The first incident that took our dear National Assembly to the cleaners in recent days is the fracus that happened at the National Assembly between the Minister of State for Labour, Employment and Productivity, Mr. Festus Keyamo(SAN), after he refused to tender and apology to the house for "raising" his voice against members of the Assembly Committee.

The incident occured at an investigative hearing organised by the National Assembly Joint Committee on Employment, Labour and Productivity. The minister of Labour, Employment and Productivity, Mr. Festus Keyamo (SAN) and, the Director General of the National Directorate of Employment, Mr. Nasiru Ladan Argungu were summoned by the members of the joint panel to update the Committer on the actions and activities that had been taken to recruit the 774,000 persons across the country. 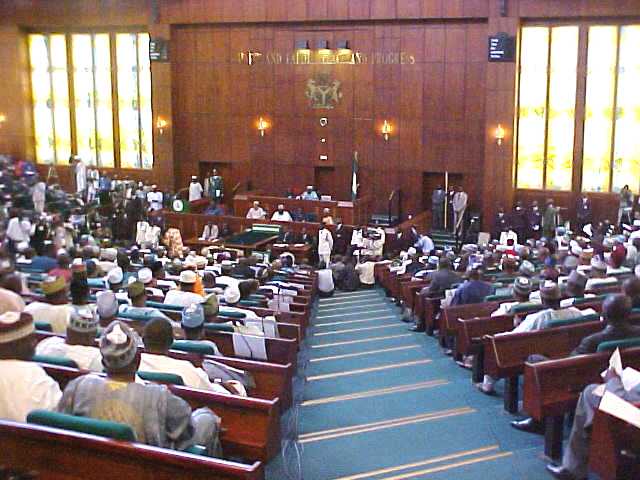 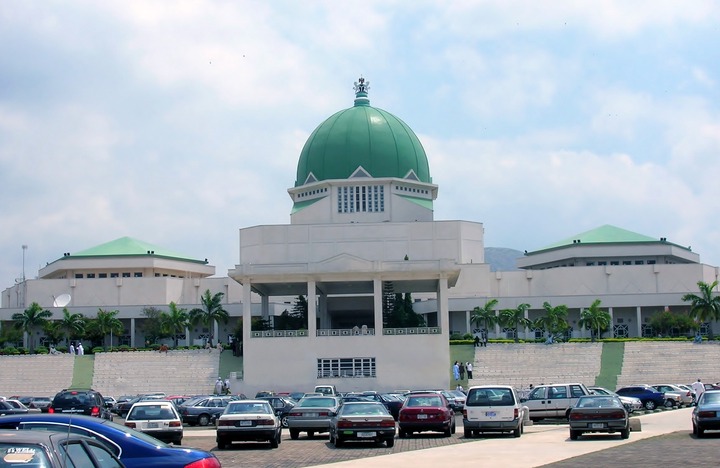 Recall that, the President, President Muhammadu Buhari, had earlier approved the recruitment of 774,000 Nigerians for the Special Public Works programme under the NDE to cushion the effect of COVID-19 pandemic.

By that approval, one thousand Nigerians are expected to be recruited across the 774 local government areas of the country, and these Nigerians would earn N20,000 each on monthly basis for three months. The programme which is expected to kick off in October this year.

The fracus began when the committee members asked the DG of the NDE, to explain to the committee how it selected the required 20-member committee per state, that was setup the previous iMonday by the ministry for the implementation of the planned recruitment.

The DG, Mr. Argungu disclosed to the committee that he was aware of only eight out of the 20-member committee, he then told the lawmakers to ask the minister if they need further explaination on it. 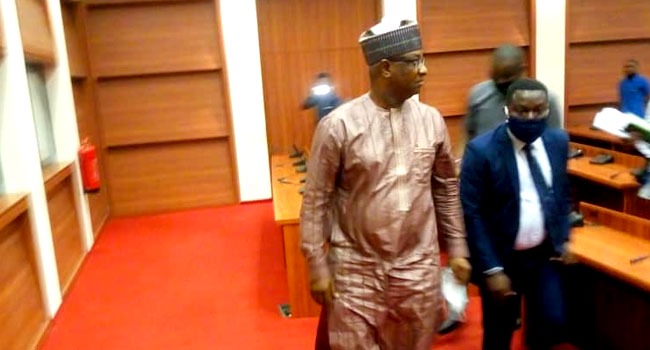 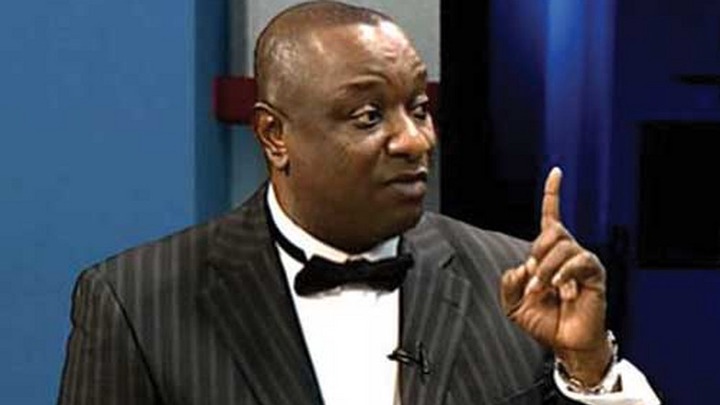 Mr. Argungu statement came as a surprise to the lawmakers who felt that the DG had been left out of the programme, "the lawmakers therefore accused the Minister, Festus Keyamo of hijacking the programme from the NDE and alleging acute lopsidedness in the entire programme," The Punch had reported.

Trouble however started when the lawmakers asked the journalists to excuse them in order to speak in closed session with Mr. Keyamo, an idea that Mr. Festus Keyamo rejected, insisted that since he was openly accused and disgraced, the cameras should remain in the room and, whatever that needed to be said must be said infront of the cameras.

Mr. Keyamo's statement led to an exchange of words between the members of the National Assembly committee and the minister, Mr. Festus Keyamo, this went on for minutes before calmness returned.

After the fracus, the National Assembly committee asked the Minister, Mr. Festus Keyamo to apologize to the Lawmakers for "raising his voice" at them, an accusation Mr. Keyamo refused to accept.

He refused to tender any apology claiming he did not do anything to warrant such, this got the National Assembly Committee members angry and walked the minister, Mr. Festus Keyamo out of the house.

Just a few hours ago, another person "walked out" on the members of a National Assembly Committee members! The Acting Managing Director of Interim Management Committee(IMC) the Niger Delta Development Commission (NDDC) Professor Kemebradikumo Pondei and his team earlier today walked out on the House of Representatives Committee on NDDC.

Professor Pondei had told the committee that he and his team were not ready to do committee required presentation today.

The Nation reported that, "Pondei had abjected to Chairman of the Committee, Olubunmi Tunji-Ojo, presiding over the investigative hearing, insisting he cannot preside over a matter in which he is an accused."

The Members of the Committee are Benjamin Kali, Ben Ibakpa and Shehu Koko, they members then told the Acting Managing Director that since there was no document before them, he is constitutionally bound to answer their queries.

Does this mean that the National Assembly has lost its honour?

Does it mean that the legislative institution is no longer regarded as an arm of the government?

Or, is it that the institution lack the quality leadership that the Assembly once enjoyed to command and earn the respect of Nigerians?

Does it mean that the Executive has overshadowed and annexed the other arms of government?

What do you think is the reason behind this recent face off between appointees of the executive and the National Assembly?