The acting Managing Director of the Niger Delta Development Commission, Prof. Kemebradikumo Pondei has been rushed to a hospital after he slumped momentarily during a House of Representatives Committee hearing session. Some people were seen trying to revive him after it was noticed he was no longer concentrating as one of the House committee members was speaking. His head was closely tilting towards the table before him. 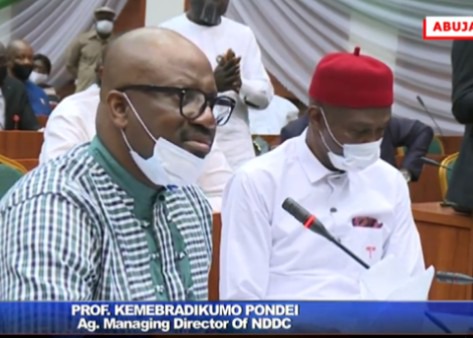 A break was declared by the House Committee after the session became rowdy as a result of the development.

The acting MD was said to have been ill and only granted the invitation of the House Committee after the Committee insisted he must appear in person. They had rejected the doctor's report attesting to his illness thus, mandating him to come before them.

Recall that a probe into the activities of the NDDC became necessary after accusations against the Minister for Niger Delta, Godswill Akpabio, by the former MD of NDDC, Joy Nunieh went viral. 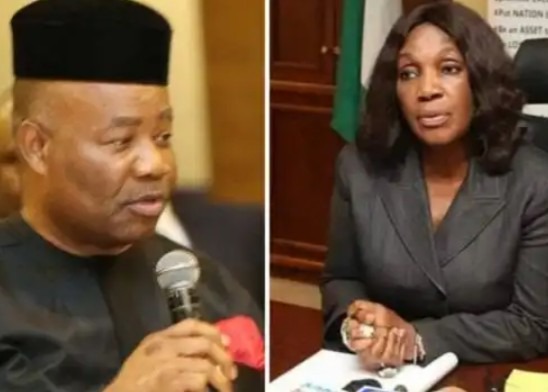 At the hearing session, the acting MD NDDC had earlier apologized to the House Committee on his attitude in a previous hearing.

Also present at the House Committee hearing is the Minister for the Niger Delta, Godswill Akpabio.

The House Committee also specifically asked clarifications over a 1.5 billion Naira allegedly spent by the NDDC as Covid-19 palliatives, an amount the acting MD said was 1.32 billion Naira. The acting MD was reported to have earlier stated that the money was used to take care of 'themselves'.

There are now speculations as to whether the House Committee hearing session would continue or not.

Presently, a TV news confirms that the House Committee has decided to go on with the public hearing after the break. 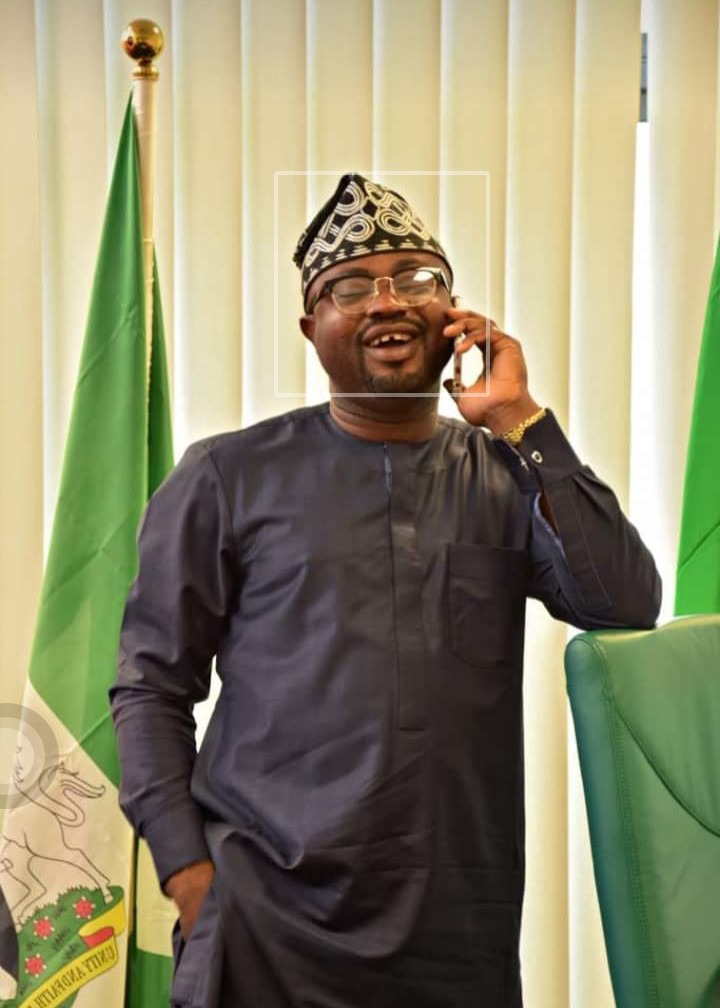 Professor Pondei had walked out of a previous House Committee public hearing, after alleging that Honourable Olubunmi Tunji Ojo was corrupt. This 'walking out' was the attitude he was apologizing for.

It is quite unfortunately that the acting NDDC MD's health issues came up to obstruct his own aspect of the public hearing. As it stands now, the acting MD NDDC will have to be given the opportunity to give all his side of the story for fair hearings reasons. That can only happen when he is medically clear.

Content created and supplied by: Victor2020 (via Opera News )