Today's Headlines: Ballot Box Snatchers To Be Jailed For 20 Yrs, I Placed A Curse On Saka - Chiellini 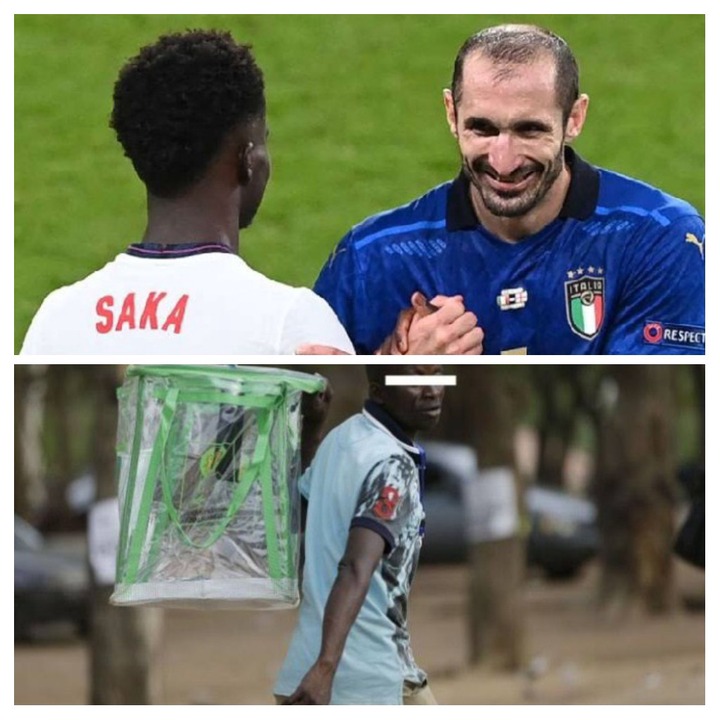 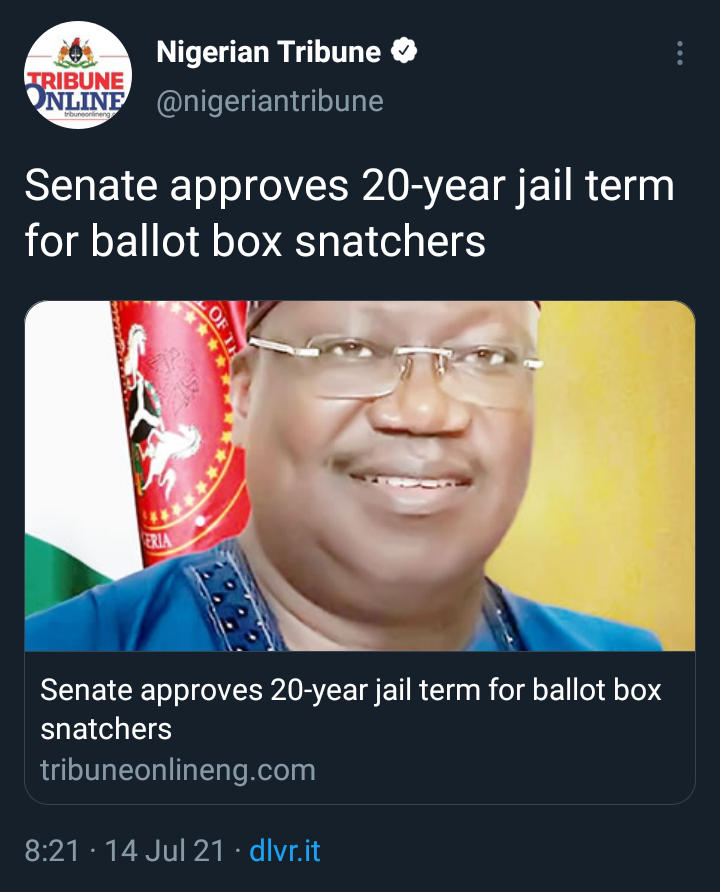 Future Election Ballot Box snatchers in Nigeria should think twice as a 20-year jail term or a N40m fine awaits them if the bill to establish the Electoral Offences Commission is eventually passed. The bill, sponsored by a senator representing Borno North passed 2nd reading last March and was sent to the Senate Committee on INEC.

Elections in the country have been largely characterized by violence, corrupt practices, gross irregularities, etc. Presenting his committee report to the Senate, Kabiru Gaya highlighted that violations of electoral laws have marred electoral processes processes from 1999 till date.

Consequently, the establishment of the National Electoral Offences Commission will help in correcting the ills known to bedevil elections in Nigeria.

The bill has varying punishments and fines for violators of electoral laws in the country. 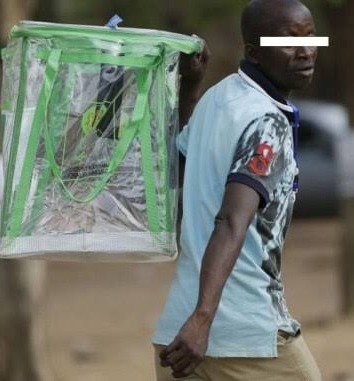 Unidentified Man Pictured With A Snatched Ballot Box In An Election In Nigeria (Photo Credit: The Whistler)

Euro 2020: Chiellini Reveals He Placed A "Curse" On Saka Which Resulted To Penalty Miss 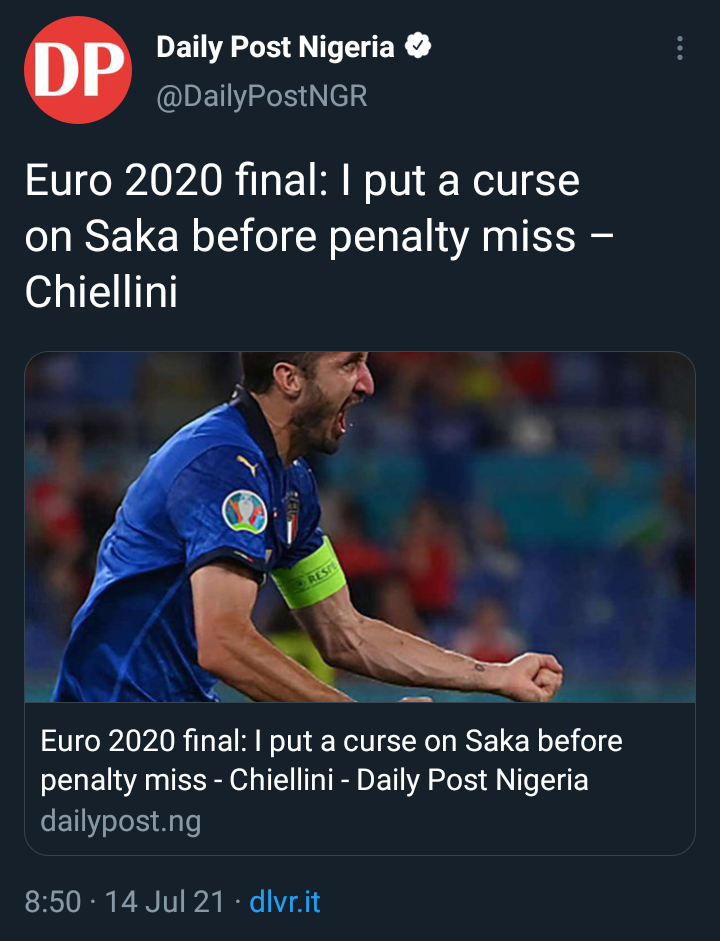 It is no more news that Italy won the just concluded Euro 2020. This came to be after the match was decided via penalty shootout as no winner emerged at the end of 120 minutes of play between England and Italy.

A major talking point in this encounter was the penalty miss by youngster Bukayo Ayoyinka Saka and two other English players.

Recall that Rashford, Sancho and Saka all missed their penalty kicks on Sunday which gave Italy the trophy. It should be noted that the decisive penalty kick was taken by 19-year old Saka.

Reacting to England's loss, the Italian team captain Giorgio Chiellini has revealed that he placed a "curse" on Saka which made him to miss the decisive spot kick.

A video from UEFA revealed Chiellini screamed "kiricocho" as Saka made take the penalty kick which was saved by the Italian goalkeeper.

Upon enquiry by ESPN, Chiellini confirmed the video and offered to explain that "kiricocho" is actually used by footballers form decades to impart bad luck on the opposition. 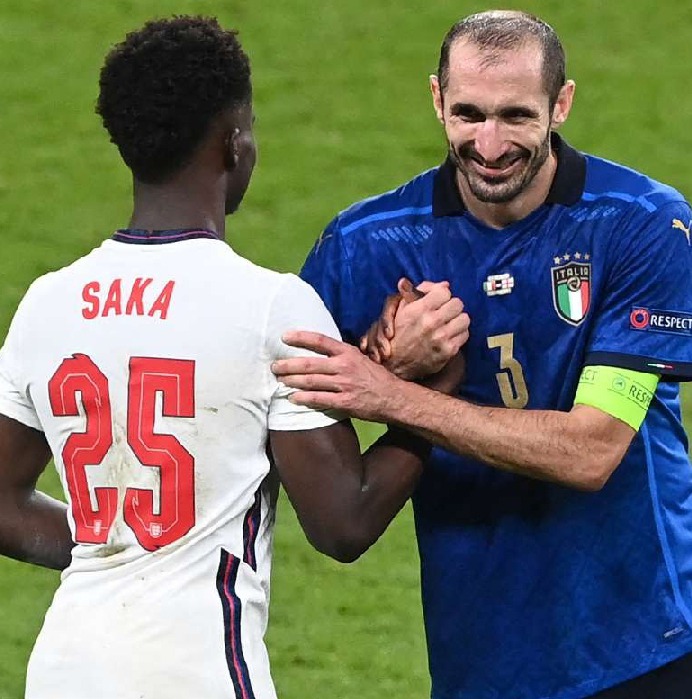 Saka And Chiellini Embraces Each Other After The Match (Photo Credit: Goal.com)

"Struggle To Take Charge And Be Included In Politics, Governance" - Akeredolu Advises Youths 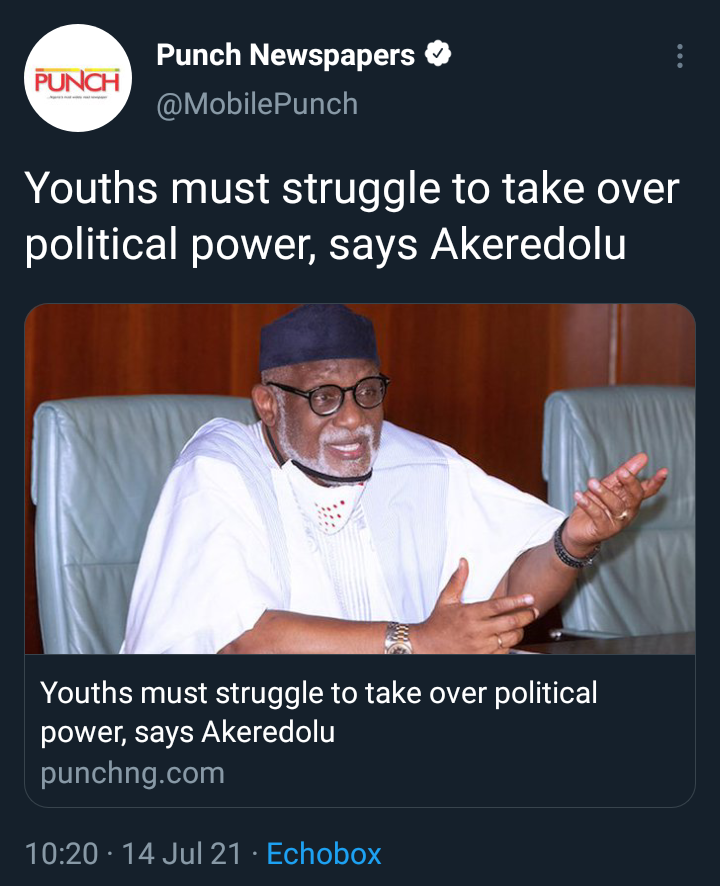 Owing to the fact that power is not given on a platter of gold, Ondo State Governor Arakunrin Odunayo Akeredolu has urged youths to take positive steps that would ensure they are considered and included in politics and governance. He made this known at the Ondo State Progressive Youth Stakeholders Round Table Discussion held at the International Conference Centre, Akure On Tuesday.

Governor Akeredolu charged youths to chart new courses for themselves without minding the influence of money-bag politicians. He opined that Nigeria is in need of a paradigm shift in politics and political office holders stating that the inclusion of youths in governance would ensure that rapid developmental strides are put in place and eventually achieved.

He also made a case for women in governance as he urged them to be up and doing even as the concept of feminism has continued to sweep across the world.

The event, which was themed, “Patriotic Partisanship; Driving an Agenda of Inclusion and Collective Growth” was organised by a group within the APC, under the auspices of the Pentagon Movement Group. 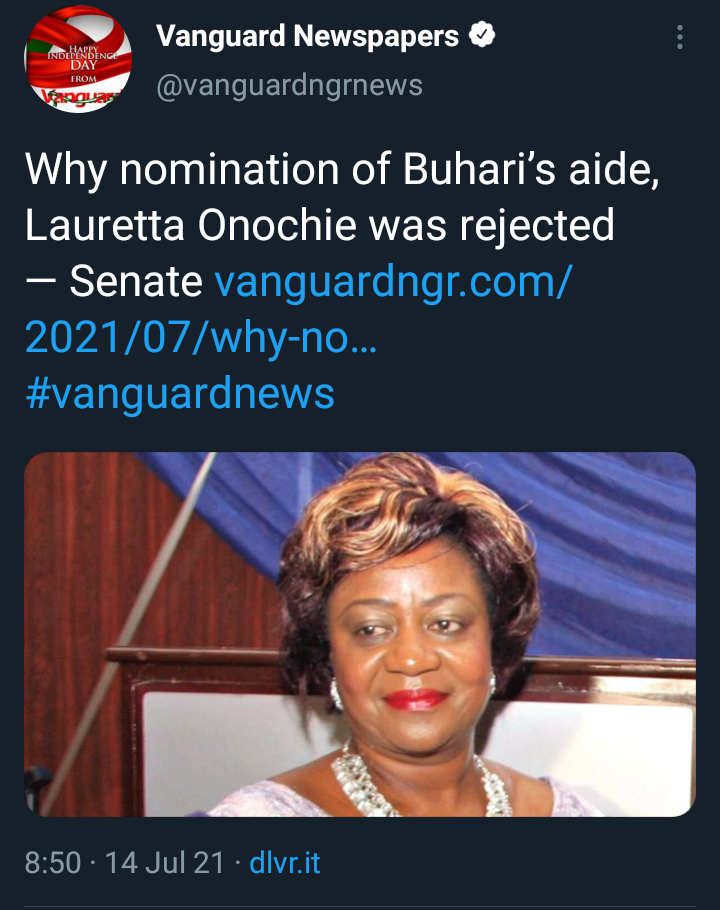 Following widespread outcry over the nomination of Ms. Lauretta Onochie for the post of an INEC National Commissioner and her eventual rejection by the Senate, reasons why the Presidential Aide was eventually rejected have been revealed.

Recall that the nomination of Ms. Lauretta Onochie drew the ire of Nigerians as she was deemed "too partisan" for such a sensitive post. Notable among those who opined that she should be rejected by the Senate was Prof. Attahiru Jega, a former INEC Chairman.

The Senate eventually rejected her nomination on Tuesday thereby laying to rest all dusts hitherto raised concerning her suitability for the position. Five other nominees were confirmed while Prof. Adams, also nominee was asked to step down for further actions.

According to credible sources, the rejection of Ms. Onochie's nomination was based on violations of the Federal Character Principle as there was already a serving National Electoral Commissioner from Felt State in person of Barrister Mary Agbamuche-Mbu.

The Senate, however, refuted claims that she was a registered member of the APC or any other political party.