If You Want To Make a Difference In The Lives Of The Poor, This Is What You Should Do- Reno Omokri

Note: Some image are used for Illustrative Purpose.

Reno Omokri, a pastor, Motivational Speaker, Human right activist and former Presidential aide has made an eye opening post this evening where he gave an insight on what rich people should do to the poor around them.

In his words, reno made it known that making a difference in the lives of people goes beyond praying for them because both the poor and the rich knows how to pray hence they don't only need prayers. 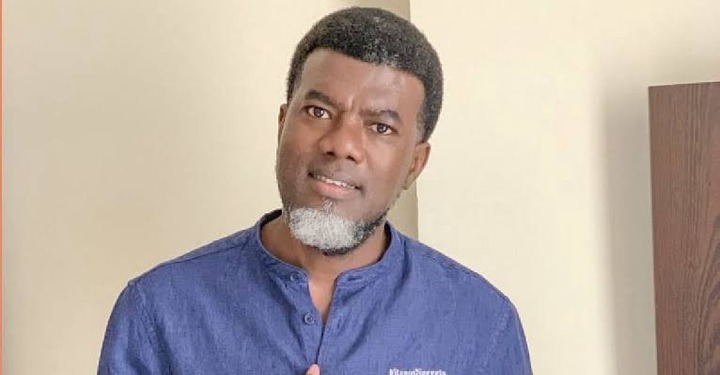 There is this Yoruba proverb that says anyone we have the capacity to help and lift up is our friend and we should see that we take care of the person. Sometimes without the grace of God it is sometimes difficult for some people to rise to the top and make it on life.

In life, fingers are not equal and that is why some people make it in their chosen field of practice than the others and this might be connected to so many factors. It is often said that access to people who are willing to help as and when due as is very important to how someone can be successful in life. If two friends are into the same business at different location, one might be successful than the other and this could be due to people around him who were ready to watch his back and see him successful.

In the same way, two friends who are studying at a higher institution might not do well academically the same way and this narrow down to the fact that fingers are not equal.

Due to this, we have a lot of people in our society both young and old who are poor, homeless, malnourished, lack proper education and that's not because they decided not to work but because they could not find Job or see people who could help them. In the same way, we have people whom God had blessed such that they have enough capacity to employ people but instead of doing that they choose to give the poor ones penny and also pray for them. 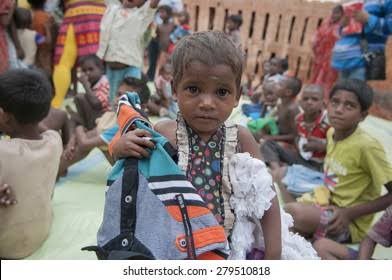 While making known what should be done, Reno said that people who want to make a difference should rather learn how to make money so that when they are rich then they can employ them and be payers rather than giving them prayers at all times because poverty fears money than it fears prayers. 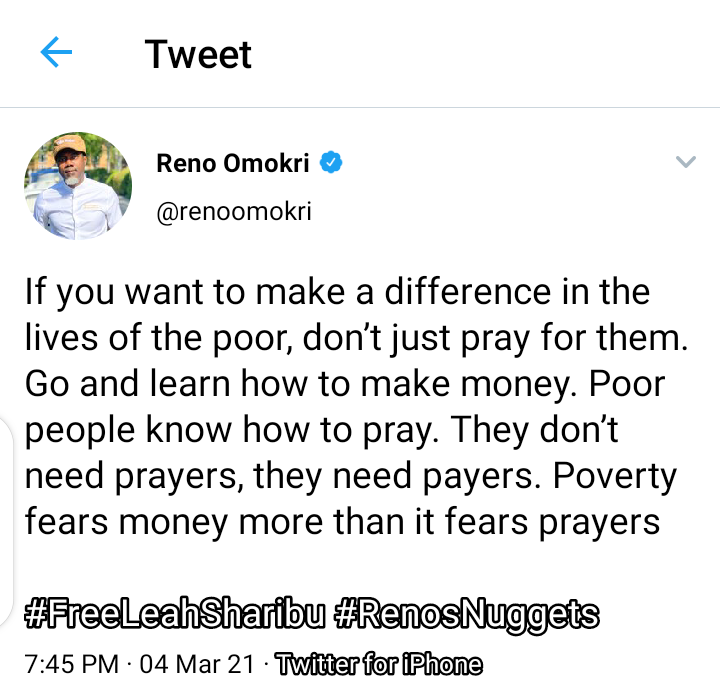 Looking at what reno had said, it is important to note the fact that in Africa we are guilty of this and it has been going on for a long time now where we leave the poor in our society to struggle for years before finding help.

Why should we place religion above being proactive and doing what is necessary as and when due? In Africa, you will see rich people who are meant to help but what they do is to commit the other person into the hands of God for help even when the bible clearly stated it that God cannot come down to help people, he will always send someone in human form to do so.

It is time we change our orientation and do the needful so that the rate at which poor people suffer in silence would reduce and someone can lift them up so that they can also become worthy ambassadors later in the future.

What can you say about what Reno has advised to be done to poor people?