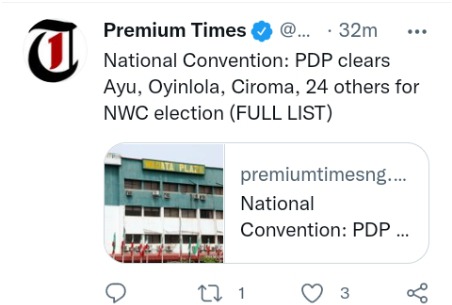 A former Senate President, Iyorchia Ayu, former Governor of Osun State, Olagunsoye Oyinlola, and a former Deputy Governor of Oyo State, Taofeek Arapaja, have been cleared by the Peoples Democratic Party (PDP) to contest elections into the National Working committee (NWC) of the party during the forthcoming national convention.

They are among the 27 aspirants cleared by the zoning committee of the party on Wednesday. 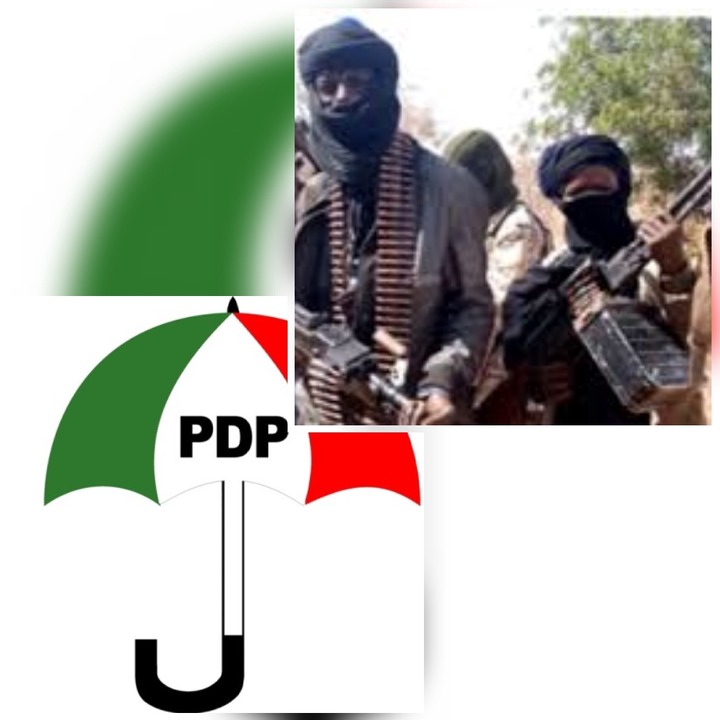 The Police Command in Zamfara on Friday confirmed that bandits had abducted two prospective corps members deployed from Benue to Kebbi and Sokoto states.

The Command’s Public Relations Officer (PPRO), Mohammed Shehu, disclosed this in a statement in Gusau, Zamfara. 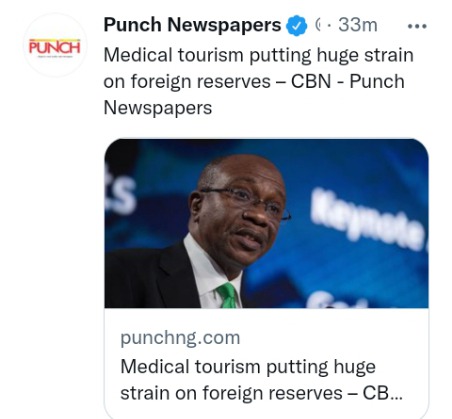 The Governor of the Central Bank of Nigeria, Godwin Emefiele, has said medical tourism is putting a huge strain on the country’s foreign reserves.

Emefiele said on Friday that the CBN and other banks would support the healthcare sector to reverse the trend.

He spoke during the official launch of Duchess International Hospital in Lagos which was attended by the Vice President, Prof. Yemi Osinbajo, and some state governors. 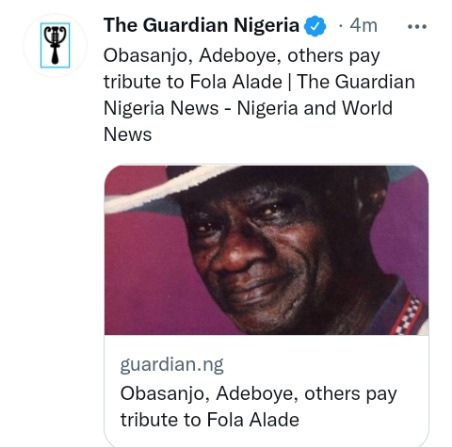 Former President Olusegun Obasanjo and other dignitaries paid moving tributes to the late Chief Isaac Folayan Alade at his funeral services in Lagos and Ekiti States.

Fola-Alade, who was the first architect to become a Permanent Secretary in Nigeria and also noted for historic structures such as the National Stadium, Tafawa Balewa Square, Federal Secretariat, Lagos and the Nigerian Institute of Policy and Strategic building in Kuru, Plateau State, died recently at 88.

During the funeral service, Obasanjo described Fola-Alade as a great friend, architect, scholar, civil servant and colleague. He spoke about how the late architect encouraged him in prison. 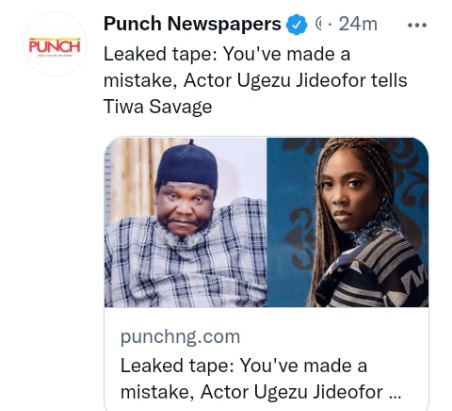 Nollywood actor, Ugezu Jideofor, popularly known as Ugezu J. Ugezu, has chided Tiwa Savage over her sex tape saga, stating that she has made a mistake.

He took to his Instagram page on Friday to call out the singer, as he also encouraged her to stay strong amid the issue.

The actor, fondly called Mr. Surplus, wrote, “From the metaphysical garden where I am the priest, I rise to minister to you directly.