Joy Nunieh; Why Corruption Persists In The NDDC 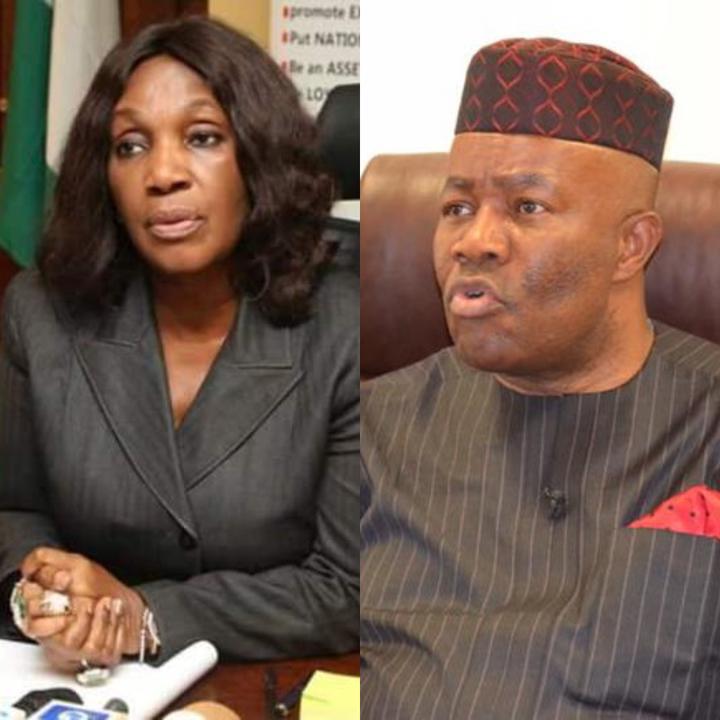 The embattled former Managing Director of the NDDC, Mrs Joi Nunieh has revealed the three major groups responsible for the rots, corruption and problems of the NDDC while appearing before the House of Representatives Committee on NDDC over allegations of illegal expenditure and mismanagement by the commission.

According the statements credited to her, as reported by the PUNCH, the three major groups responsible for the rots, corruption and problems of the NDDC are; The people of the Niger Delta, the Staff of the NDDC and the IMT led by Sen Godswill Akpabio.

She emphasized that the people of the Niger Delta celebrate any time a new leader and MD of the NDDC is appointed for the sole purpose of wanting to have their share of the national cake and not the development of the region.

The third group according to her, is the IMT led by the minister of Niger Delta affairs, Sen. Godswill Akpabio, Mrs Joi Nunieh said that she was victimized because she refused to do the biddings of Sen. Godswill Akpabio who wanted her to employ his cronies, share billions of naira as palliatives for Xmas among other things.

The House of representative committee on the Niger Delta has invited Sen. Akpabio to appear before the committee on Monday after the damming allegations of the former MD of the NDDC against the IMT led by him.