By Lifechanger (self media writer) | 8 months ago 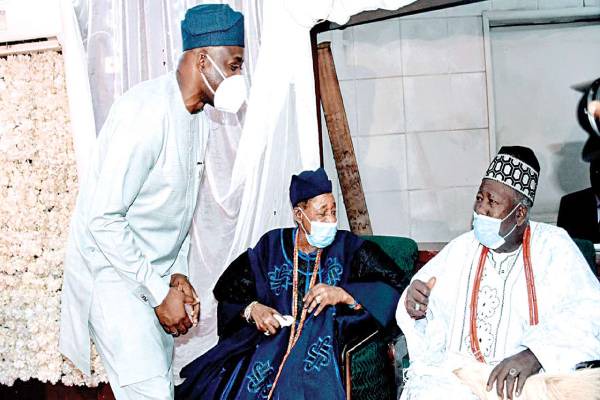 The Oyo State Government has disputed reports that it denied the Alaafin of Oyo, Oba Lamidi Adeyemi, and the Olubadan of Ibadanland, Oba Saliu Akanmu Adetunji, from attending the Lekan Salami Stadium Complex during the recent inauguration of its main bowl.

Taiwo Adisa, the Chief Press Secretary to Governor Seyi Makinde, who made the announcement, said the two monarchs were far too important to be denied entry to the ceremony to which they had been invited.

According to the statement, the monarchs were unable to enter the main bowl due to a large passionate throng that flooded the stadium and hindered the transit of the monarchs' convoys to the approved VVIP Drop Off zone.

According to Adisa, security personnel directed the respected monarchs' drivers to enter through a different gate because their convoys were unable to approach the VVIP Drop Off Zone through the entrance they entered through.

It went on to say that the monarchs' seats had already been reserved and that the government valued their presence, as well as that it was unthinkable that some individuals would try to foment enmity between the highly respected monarchs and the state government, which holds them in such high regard.

All other monarchs inside the VVIP box, including the Olugbon of Ile Igbon, Aseyin of Iseyin, the Okere of Saki, and the Olu of Igboora, were well acknowledged, according to the statement, showing that the government honours our forefathers' stools as inhabited by the royal fathers.