By Scolding (self media writer) | 2 months ago 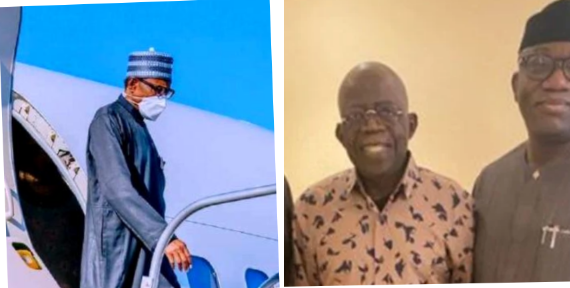 President Muhammadu Buhari has arrived New York for the high-level meetings of the 76th Session of the United Nations General Assembly. 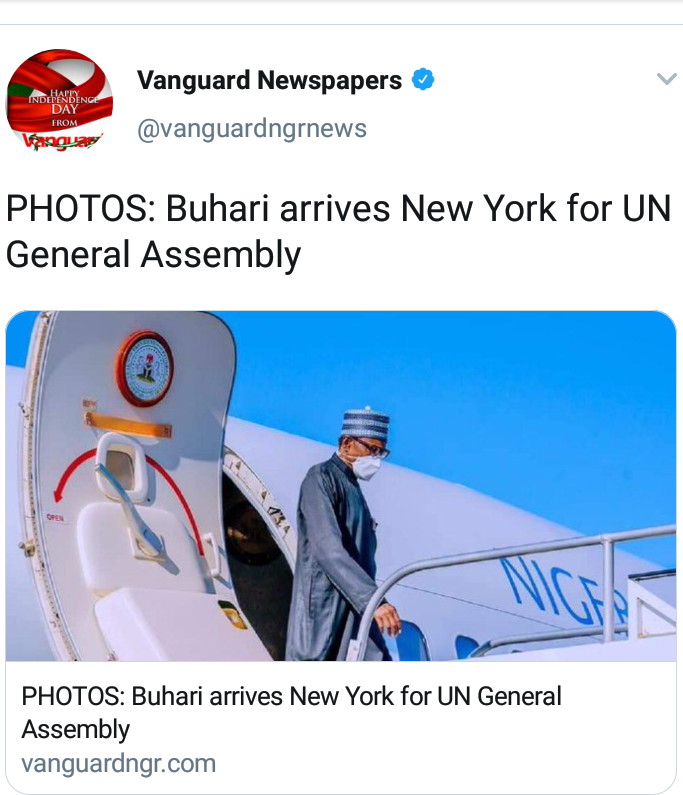 The New York Correspondent of the News Agency of Nigeria (NAN) reports that Buhari arrived at the JF Kennedy international Airport in New York at about 4 p.m. local time.

The President was received by the Minister of Foreign Affairs, Geoffrey Onyeama, Governor Kayode Fayemi of Ekiti State, the Minister of Industry, Trade and Investment and the Permanent Representative of Nigeria to the UN, Prof. Tijjani Muhammad-Bande.

London visit to Tinubu not on 2023 – Akeredol

The Governor of Ondo State , Mr Rotimi Akeredolu, has said his visit to a former Lagos State Governor and National Leader of the All Progressives Congress, Asiwaju Bola Tinubu, has nothing to do with the 2023 election.

He said he was in London to see Tinubu and he was sure that the rumors flying around on the social media was not true. 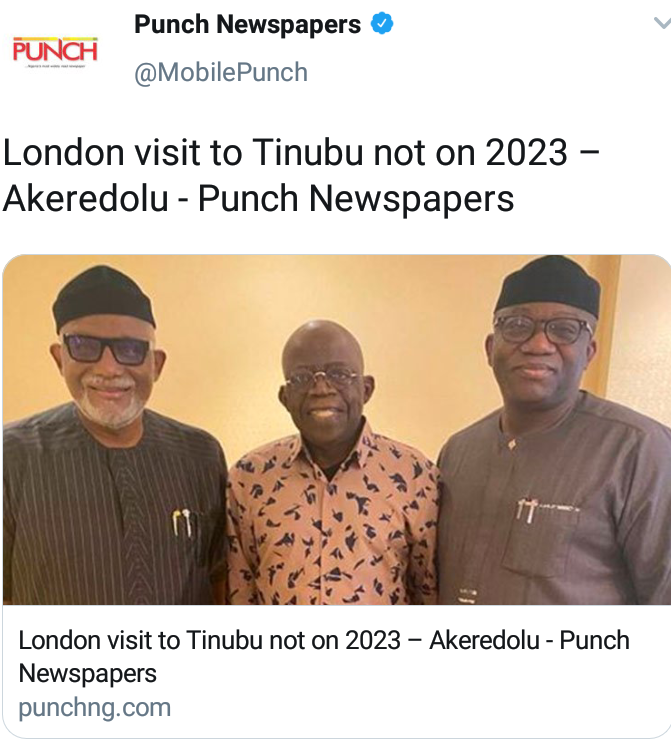 The governor gave the explanation on his London trip while speaking on Arise TV on Sunday evening, which was monitored by our correspondent.

Akeredolu, who described the former Lagos State Governor as the ‘capon’ in the South, said he (Tinubu ) was expected to return to the country soon and would meet with him for certain critical decisions.

Notes from the Underground

You never know the value of freedom until you’ve lost it. The hard-won freedoms that our fathers bravely fought for are being systematically eroded in our country today. Evil swaggers across the land like the proud harlot of Babylon. I have borrowed the title for my piece this morning from the novel by the 19th century Russian novelist, Fyodor Mikhailovich Dostoevsky. His 864-page novel recounts the story of a retired civil servant in St. Petersburg who goes underground to meditate on the existential absurdities of life in his country. My gentle readers will forgive me if my article bears some resemblance with the incoherent ramblings of Dostoevsky’s anti-hero. 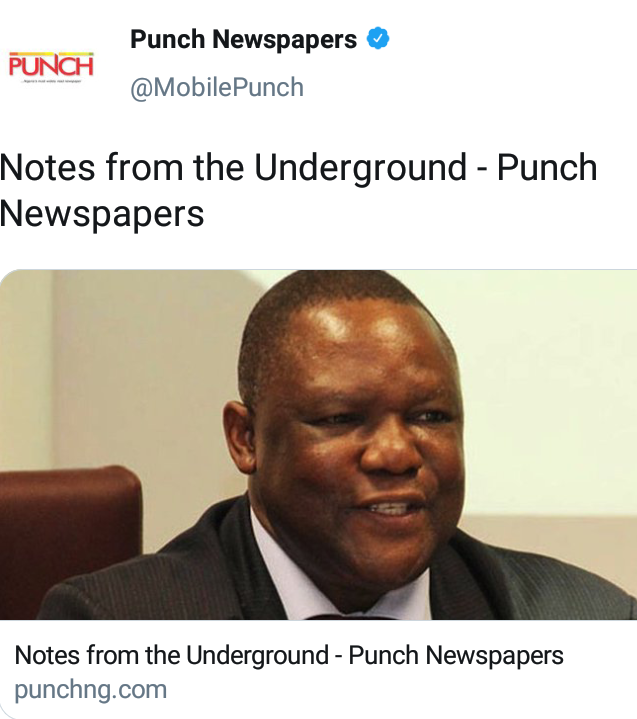 Today, Monday, September 14, I am to appear for the third time before The Men in Black at their Jos Command Headquarters at 11.00 am.

The first time I received the summons, which was about a fortnight ago, I was alarmed – in fact, terrified. I have never slept in a cell ever in my life. Never had a case involving the police. I have visited nearly a hundred countries in the course of my international career and have lived in Europe, North America, West Africa and the Maghrib. I handled sensitive jobs involving billions of dollars. I have no criminal record anywhere.

Experts, yesterday, expressed mixed reactions as President Muhammadu Buhari, who is also the Minister of Petroleum Resources, directed the incorporation of the Nigerian National Petroleum Company Limited, in line with the nation’s Petroleum Industry Act, PIA. 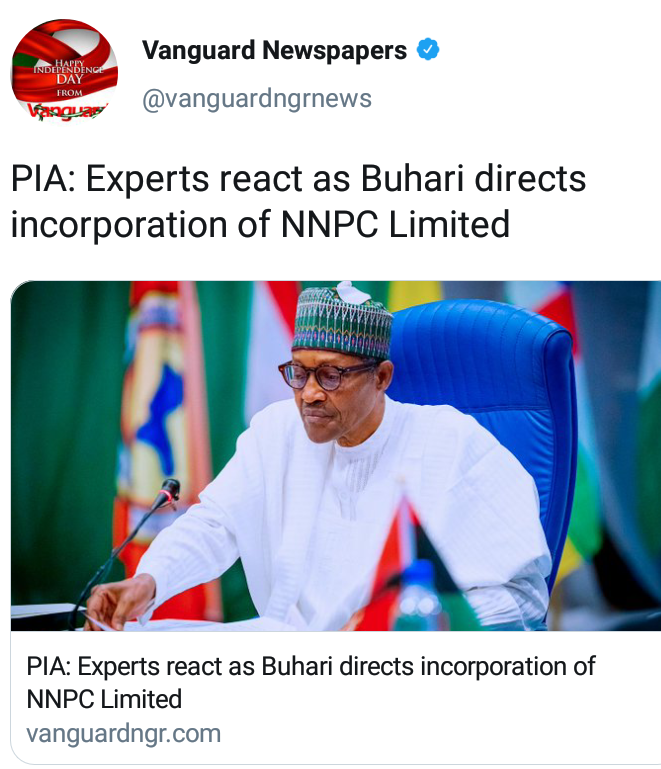 In his directive, the President also named Senator Ifeanyi Ararume as NNPC Limited Board Chairman, with Mele Kolo Kyari and Umar I. Ajiya as Chief Executive Officer, and Chief Financial Officer, respectively.

A statement by Special Adviser to the President on Media and Publicity, Femi Adeshina, yesterday, said the President in his “capacity as Minister of Petroleum Resources, has directed the incorporation of the Nigerian National Petroleum Company Limited”.