Today's Headlines: Abaribe should be in prison - Adesina; Communities Flee As Gunmen Take Over Benue 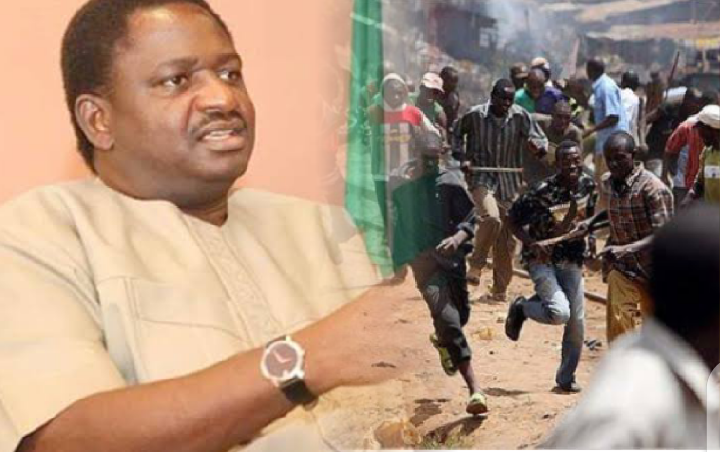 Special Adviser to the President on Media and Publicity, Femi Adesina, has knocked the Senate Minority Leader, Enyinnaya Abaribe, for allegedly using “foul language against those in leadership”.

Adesina, in a Facebook piece on Thursday night, said Abaribe should be “cooling his feet in prison” after he “stood surety for someone bent on dismemberment of the country”. 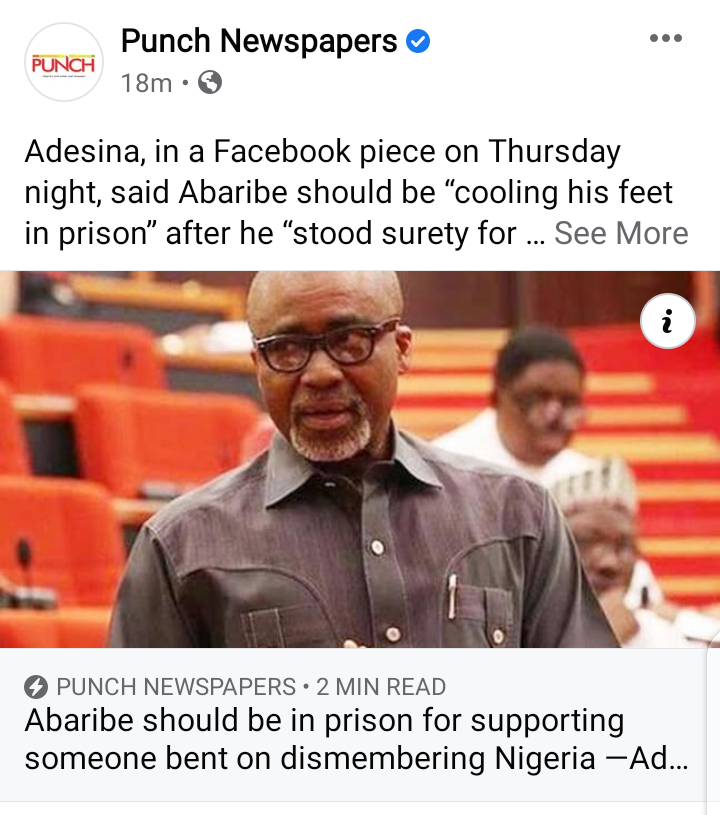 The Senator and two others had stood as sureties for detained Indigenous People of Biafra leader, Nnamdi Kanu before he was granted bail by the Federal High Court in Abuja on April 25, 2017.

Abaribe had run into trouble when Kanu jumped bail the same year and fled Nigeria because of the alleged extrajudicial attempt on his life in Abia in September 2017.

One of the direct link roads to Makurdi the Benue State capital from the South East, the 55 kilometre Makurdi- Aliade road has been abandoned largely due to the harrowing experience of commuters and motorists who daily ply the road. 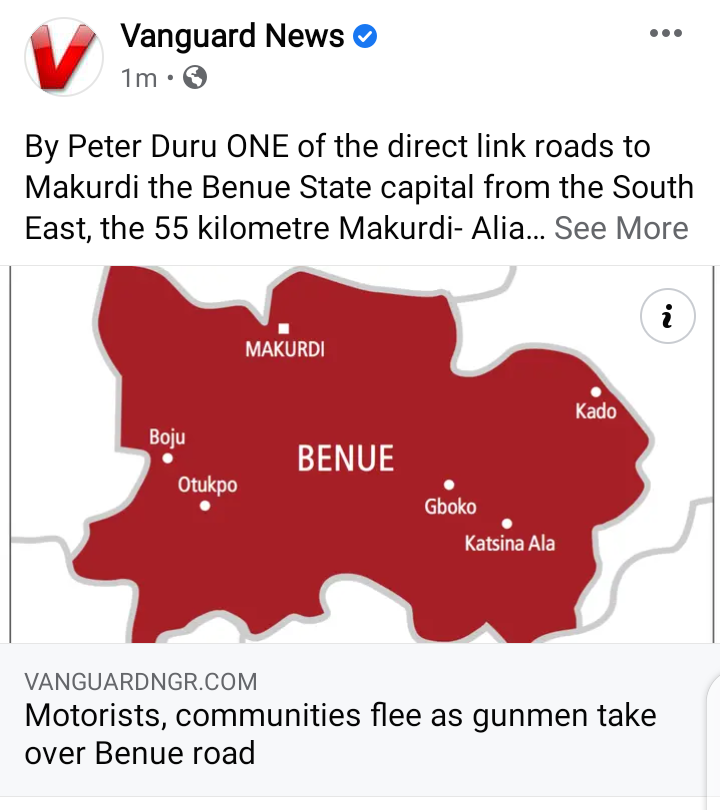 It is in bad shape and nothing has been done to salvage it thereby leaving the road users to their fate. As a result, motorists heading to and from Makurdi to the Eastern part of the country have carefully avoided it while daredevils now loom large and have carried out their nefarious activities on that route without challenge from any quarters.

In place of the shorter route which has now been left in a deplorable state, commuters now opt for the longer but more motorable Makurdi-Naka-Aondona-Taraku-Otukpo Road.

The Coalition of South East Youth Leaders, COSEYL, on Wednesday said it would hold the federal government accountable should anything bad happen to the Benue State Governor Samuel Ortom. 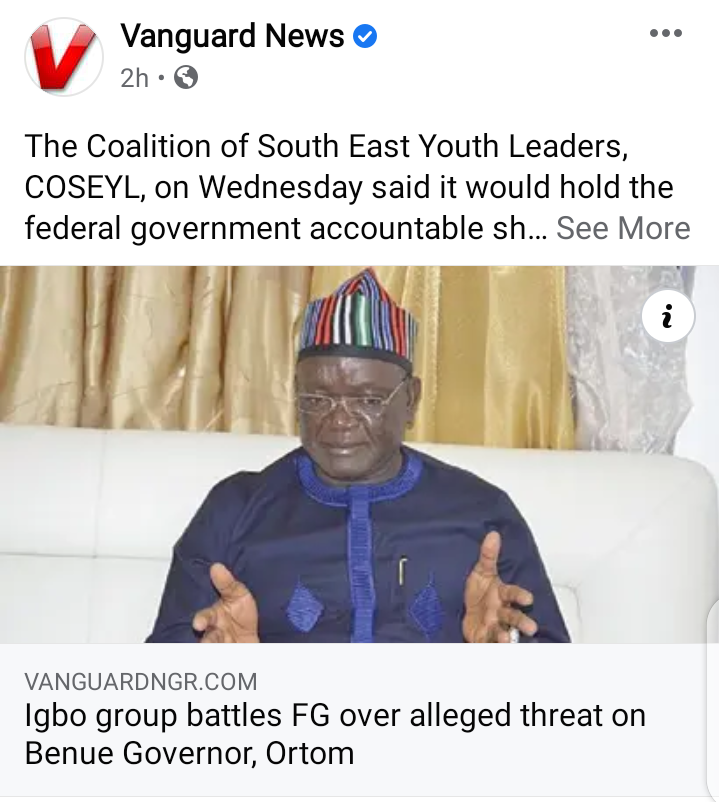 COSEYL, said this in Owerri, in a statement by the President, Goodluck Ibem, concerning the governor alleging a threat to his life.

The Igbo group said it observed Ortom was under threat due to his stand against open grazing in the Southern part of the country.

You Are A Divisive Voice, Group Blasts Edwin Clark Over Kano Naval Base Comment

The Northern Compatriots in Southern Nigeria (NOCOMSON) has come hard on Chief Edwin Clark over his comment on the proposed naval base in Kano.

Clark had described the plan to establish a naval base in Kano State as nepotistic, lambasting the Chief of Naval Staff, Vice Admiral Awwal Zubairu. 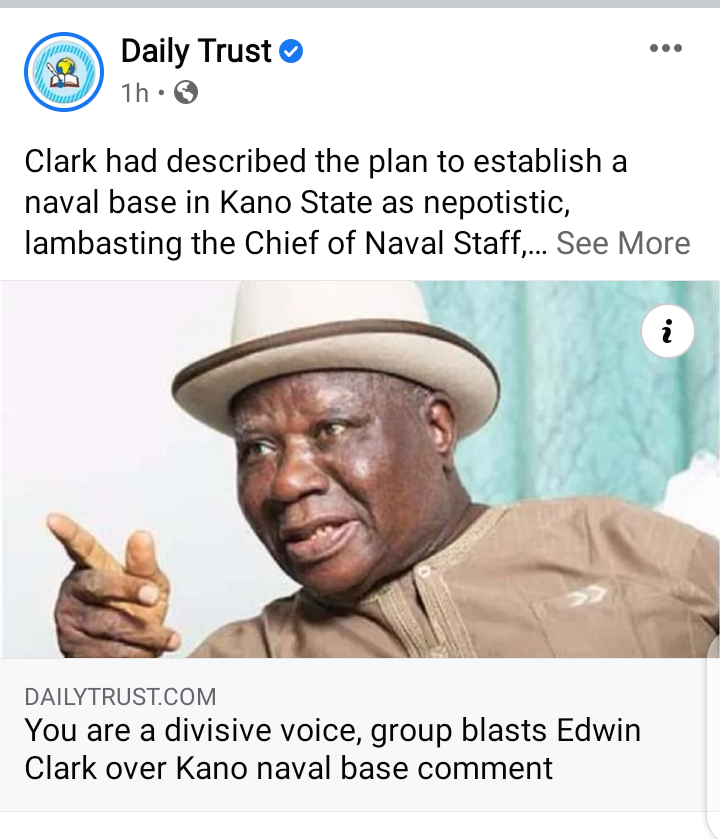 But in a statement, the group’s regional coordinator, South South, Comrade Musbahu Saleh, asked Nigerians not to listen to “opportunists like Clark whose only stock in trade is to capitalize on the nation’s travail for material gains.”

The statement read, “When it is our collective belief that Nigerians have the right to air their opinions on serious discussions of such magnitude that may lead to nation-building, we condemn Edwin Clark’s divisive comment, as such privilege should not be abused and turned into a forum for hate speech and/or inciting comments.