Ihedioha desperate to come back to cover misdeeds –Imo govt. 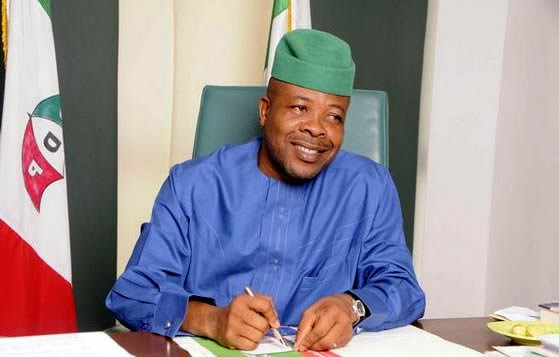 It said the recent petition to the House of Assembly by a whistle blower, accusing Ihedioha of misappropriating state funds totalling N78 billion, has confirmed its stance that the former governor’s desperation to cling to power was motivated by selfish reasons and not for the interest of the people.

Commissioner for Information and Strategy, Declan Emelumba, said it was only a man driven by selfishness and avarice that would seek further judicial interpretation of a matter already decided by the Supreme Court in favour of Governor Hope Uzodimma, simultaneously at a High Court and Supreme Court.

Emelumba said since the Supreme Court removed Ihedioha as governor, the former People’s Democratic Party candidate had been engaging in vile propaganda, subterranean and subversive activities to see if he can return to power.

According to him, apart from abusing court processes by filing multiple suits on matters already resolved by the Supreme Court, Ihedioha had been sponsoring protests against the Uzodimma administration in the vain hope of portraying it as unpopular.

The commissioner also accused Ihedioha of using his aide to drop the name of Catholic priest,Ejike Mbaka, claiming he prophesied the sacking of a South East governor this year, which, Mbaka has unequivocally denied.

He regretted that unlike former governors Celestine Omehia of Rivers State, Oserheimen Osunbor of Edo and Chris Ngige of Anambra, who were removed by the Supreme Court and accepted their fate, Ihedioha has been obdurate and recalcitrant as if the office of Imo governor is his birthright.

The commissioner said the mind-blowing revelations by the whistle blower, which was published in national newspapers, concerning the misappropriation of N78 billion by Ihedioha has now properly situated the man’s desperation to return to power.

“It is now clear to Imo people why Ihedioha wants to cling to power. He wants to escape justice as questions are being asked about the whopping sums of money he cannot account for. Above all, he wants to raise funds to continue with his billion naira projects which have been stalled since his removal as governor,” Emelumba alleged. Governor Bello Matawalle of Zamfara State has declared that the issue of banditry in Nigeria will come to an end if bandits in Zamfara can be eliminated.

Matawalle, who made this remark on Thursday when he received the Inspector-General of Police, Mohammed Adamu, who was in the state for a one-day working visit, said, “Zamfara State is the epicentre of bandits in the country.”

The governor said, “Once the bandits in Zamfara are dealt with, the issue of banditry in the country would be over.”

Matawalle said 90 per cent of the bandits in the country were based in the state.

“Most of the bandits live in Zamfara State; as such, I advise that the security agents should as quickly as possible block all the borders in the state and give final blow to these notorious bandits,” Matawalle added.

According to him, Zamfara bandits were responsible for most of the attacks carried out in the state and other neighbouring states of Katsina, Sokoto, Kebbi and even in Kaduna.

In his response, the IG said he was sent by the President, Major General Muhammadu Buhari (retd.), to investigate the killings by bandits.

“Worried by the incessant killings, the President instructed me to come to Zamfara in order to know what needs to be done to stop banditry. We are aware of how weapons come into the country and we are doing all we can to stop that,” he said.. Women in Akure, Ondo State, on Thursday protested the continued suspension of the only female lawmaker in the House of Assembly, Favour Semilore Tomomewo.

They threatened to boycott the October governorship election if Favour is not recalled.

The lawmaker was among the three legislators suspended by the leadership of the Assembly for alleged unruly behaviour.

The women, under the auspices of the National Council for Women Society (NCWS), Ondo State chapter, protested at the office of Attorney General and Commissioner for Justice Adekola Olawoye, where they demanded reinstatement of Tomomewo.

NCWS President Pastor Jumoke Aborode said the suspension of the only female lawmaker was an embarrassment to the womenfolk.

She said it was a slap on the womenfolk not to have a voice in the Assembly as party primaries and elections are approaching.

Olawoye said the protest should be directed to the House of Assembly.

Only mosques, churches with approvals will reopen –Ekiti.

However, Muslims in the state, under the aegis of Nigerian Supreme Council for Islamic Affairs, Ekiti State Chapter, suspended reopening of all major mosques across the state since all the safety protocols could not be met within the timeframe stipulated by the government.

Agbeyo said in a statement in Ado Ekiti, the state capital, that all the churches and mosques must comply with the COVID-19 safety protocols to avert the spread of the deadly disease, saying provision of requisite facilities remained the prerequisite for reopening. 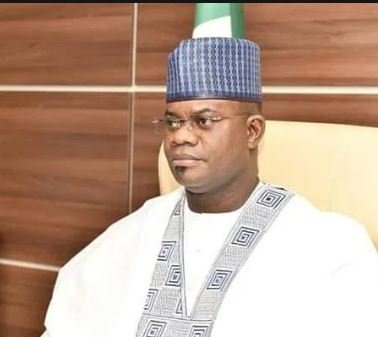 A Governorship aspirant of the All Progressives Congress (APC) in Ondo State, Mr. Jimi Odimayo, on Thursday slammed Kogi State Governor Yahaya Bello, who has been named as chairman of the Governorship Primary Election Committee.

Twelve aspirants have been cleared to contest at the primary election scheduled for Monday.

Odimayo, who is backed by Senator Ajayi Boroffice, spoke through his Director of Media and Communication, Mr. Yemi Akintomide.

Delegates of the Ondo APC have been holding marathon meetings with aspirants.

Some delegates said meetings have been scheduled for them till Sunday night.

They said they would meet Odimayo on Friday and Saturday, even as Governor Oluwarotimi Akeredolu met them between Monday and Thursday.

An aspirant, who pleaded anonymity, told reporters in Akure that many of them were not happy with the choice of Governor Bello as the chairman of the primary committee.

He said the leadership of the Unity Forum would meet before Sunday to harmonise their interests.

“We cannot run away from this reality because it is already too late. The leadership of the Unity Forum is likely to meet before Sunday to ensure we prune down our numbers to a manageable level where one will be strong enough to face the battle,” he said. 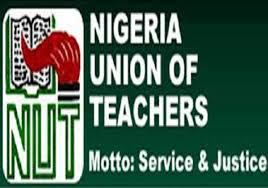 He said, “The Federal Government is saying no resumption and the South-West governors are saying pupils should resume. There should be a synergy between the federal and state governments. The task force members know the extent of the pandemic and if the curve has not been flattened, they will not advise schools to reopen.”

He explained that the teachers and pupils were ready to resume, but the health of every stakeholder should be considered.

“It is people who are alive that can write examinations and use certificates for further studies. What is paramount now are the children; they are the most vulnerable. You don’t know where they have branched or visited on their way home. If we are not careful, the cases we have might increase,” Adedoyin said.

He added that the NUT in the state would not support school resumption because of the rising COVID-19 cases and the limited testing centres available in the state.