By Xplixit_indispensable (self media writer) | 2 years ago

The happenings regarding the forthcoming presidential election in the United States of America as the Democrats presidential candidate, Joe Biden bids to unseat the incumbent president, President Trump from the presidential seat, reminds me of the prophecy of Apostle Johnson Suleman of Omega Fire Ministries International.

Apostle Suleman in his prophecy said the political elites in US will conspire and make a strong force to eliminate president Trump by sponsoring a male president with a female running mate. He also said their agenda is to impeach the male president after winning the coming election and replace him with the female vice president so as to carry out their agenda. He further stated that they wanted to remove Trump because he has been a torn in the flesh and a stumbling block for them, so they want to remove him at all cost.

The prophecy his gradually coming to pass as he has prophesied regarding the next presidential election in the US.

Democratic presidential candidate Joe Biden has taken up the opportunity regarding the recent happenings in the US as a stepping stone to campaign against President Trump at the forthcoming election in November 3rd . Biden is choosing a female candidate as his running mate in the presidential election which is a good political calculation to boost his chances of becoming the next US president. 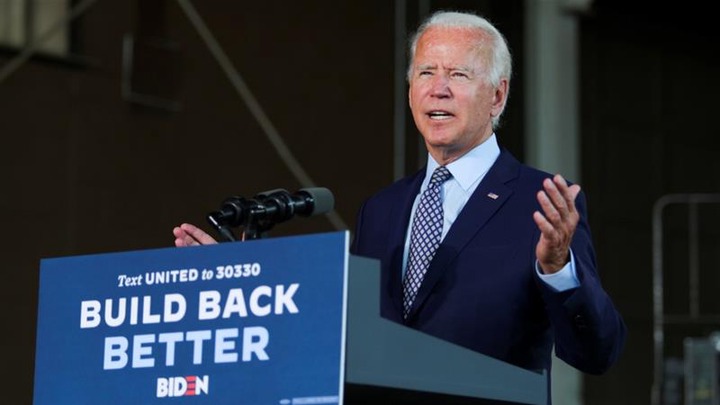 The calculation is not only parading a female candidate as his running mate but fielding a strong Black American woman which is a strong tool for campaigning against Trump, and especially to win votes from the black race in the US. Biden said this week he expected the background vetting process to conclude around July 24th. He would then interview each finalist before making a decision, expected by early August. In making his choice will have to balance many ideology, race and ethnicity as well as candidates' ability to raise money, create enthusiasm and fulfil the traditional vice presidential "attack dog" role by going after Trump.