By Ochenwari | self meida writer
Published 8 months ago - 2518 views 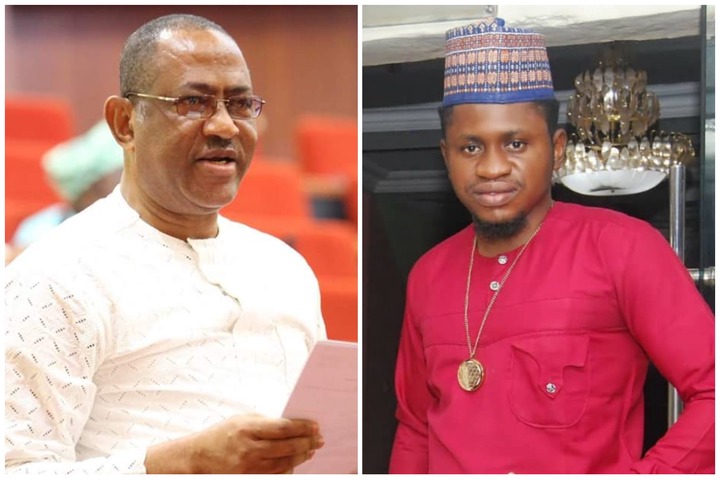 National Council of Enugu State Students (NACESS) has added its voice to those of Enugu East Senatorial District, Enugu State in general and Nigerians all over the world to celebrate one of the Nigeria's finest parliamentarian, Distinguished Senator Gilbert Nnaji on his birthday on July 18.

Senator Gilbert Nnaji was the immediate Senator that represented Enugu East Senatorial District in the upper chamber of the Nigeria's National Assembly (NAS), the Nigeria Senate, who handed over to the current senator and past governor of Enugu State, Senator Chimaroke Nnamani.

Rt. Comr. Joseph Onyemaechi Onah, the Global President of National Council of Enugu State Students (NACESS), the umbrella body that governs all indegines of Enugu State who are students in Nigeria and diapora described Senator Gilbert Nnaji as a leader whose vision for his people was terminated at before maturation period.

Comrade Onah said that Distinguished Senator Gilbert Nnaji, even when he was misparaded by some people who never understood nor have knowledge of his political antecedents, made his marks as a parliamentarian.

The leader of NACESS in his memo to his media and publicity aide, Rt. Hon. Eze, Izuchukwu Ochenwari described Gilbert Nnaji as one of the blessings God endowed Enugu State students with or without position. 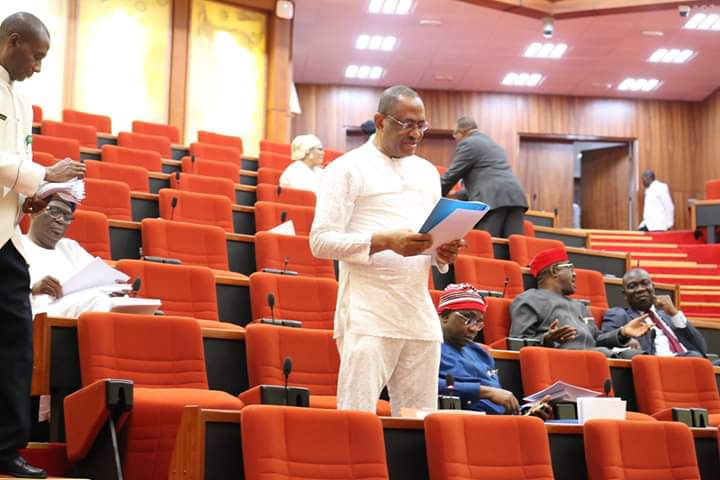 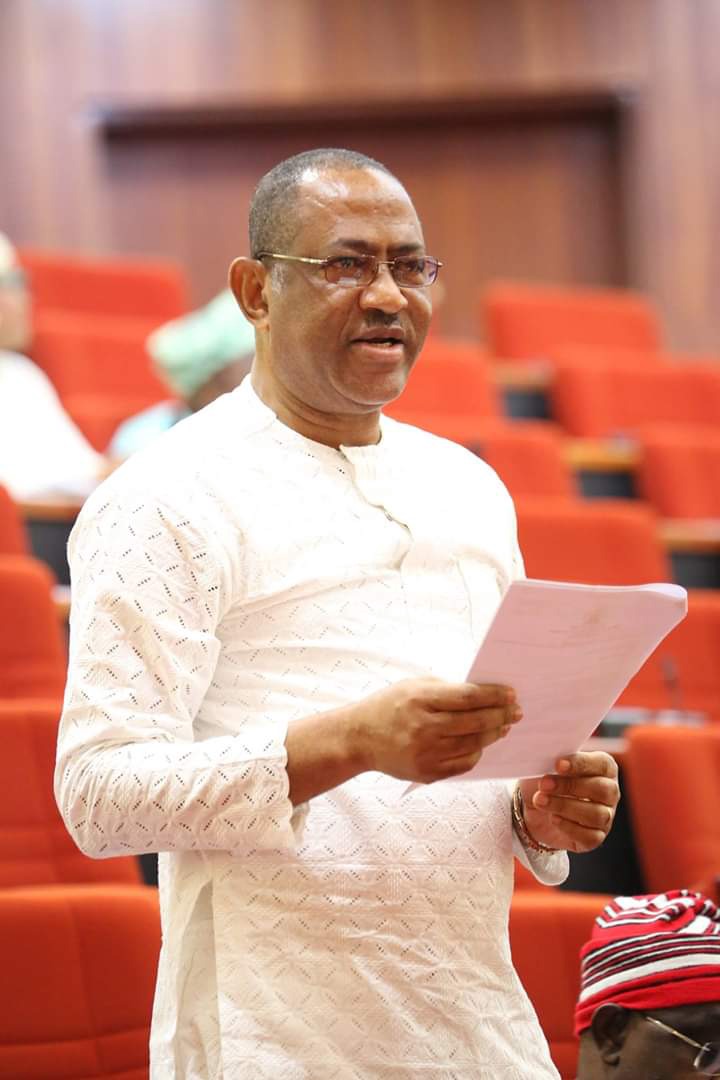 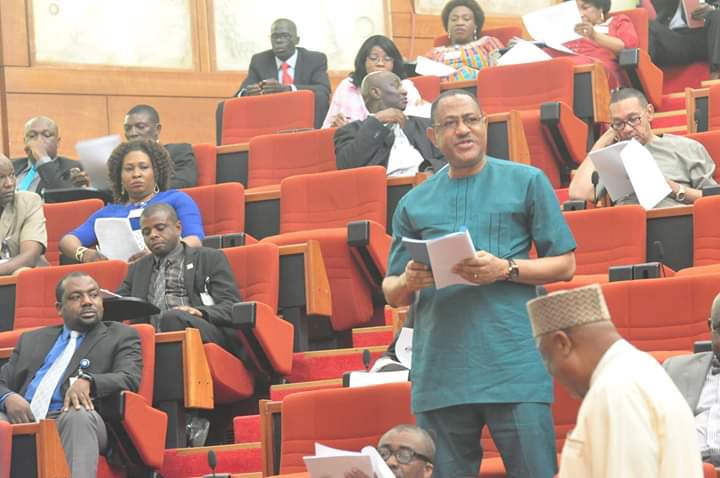 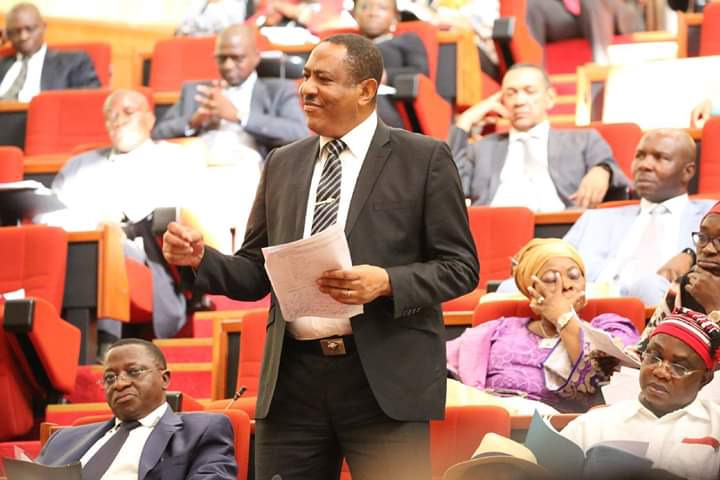 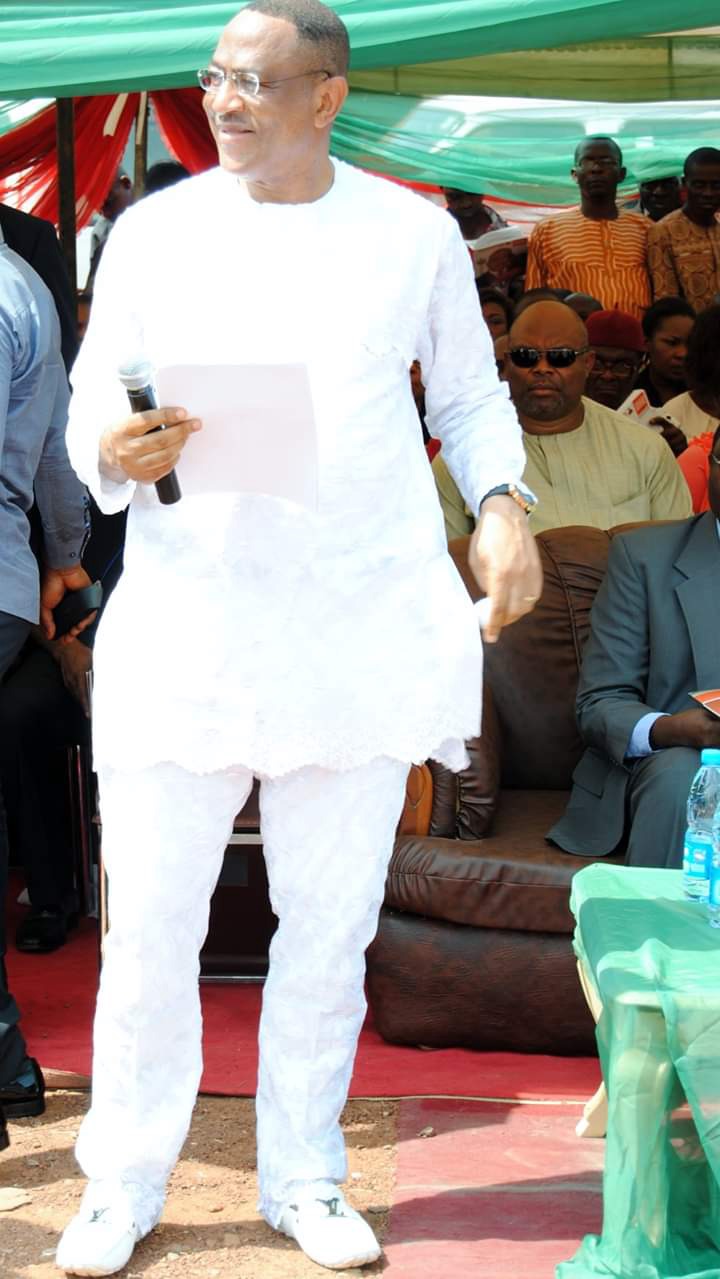 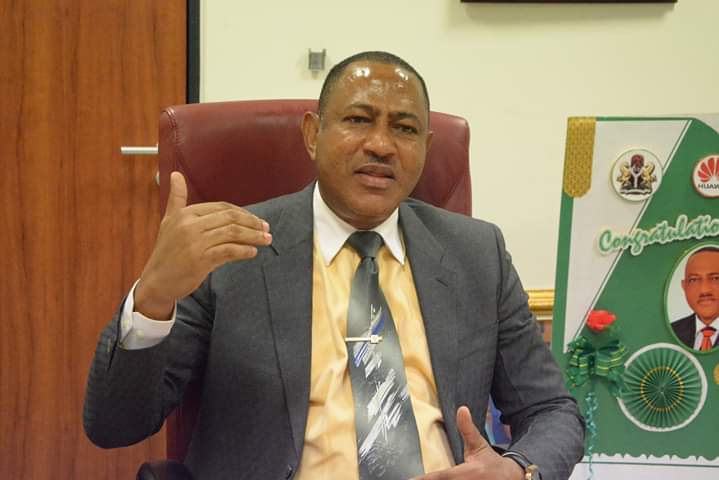 Onah said: " How best do we describe a servant-leader that is ordained by God, elected by his people and affirmed by the judiciary? What more can be said of a fighter for common interest, and a brave leader that has succeeded in dispelling the myth that it is a taboo for an Nkanu man to go to senate more than once!

"Senator Gilbert Nnaji is arguably among the most debatable and talked-about politicians. There have been great political leaders of this generation but none has fought the magnitude of fierce battles laced with high-level conspiracies as he did, and yet come out victorious.

"When a man stands out like this, then there is something outstanding about him. It is not definitely because of his opulence or influential background but inherent desire to positively touch lives and leave pleasant legacies.

"Senator Gilbert Nnaji has the innate capacity to weather every storm principally due to his abundant faith in God and the democratic supremacy of the people. He believes that in governance, man is the main essence while service is the ultimate motivation.

"On his inauguration in 2011, Senator Gilbert Nnaji maintains that 'it is my ambition to be remembered as a servant-leader whose politics is based on the fear of God and love for humanity. And also, while I remain here at the moment as a Senator, my mission is to remain an active participant in the overall continued processes of improving my constituency and making Nigeria truly great by God’s grace', Comrade Onah stated. 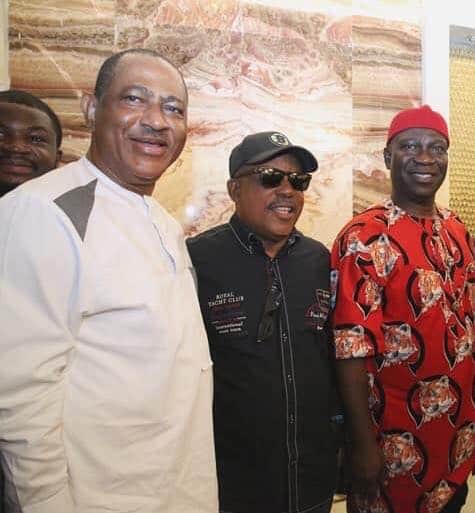 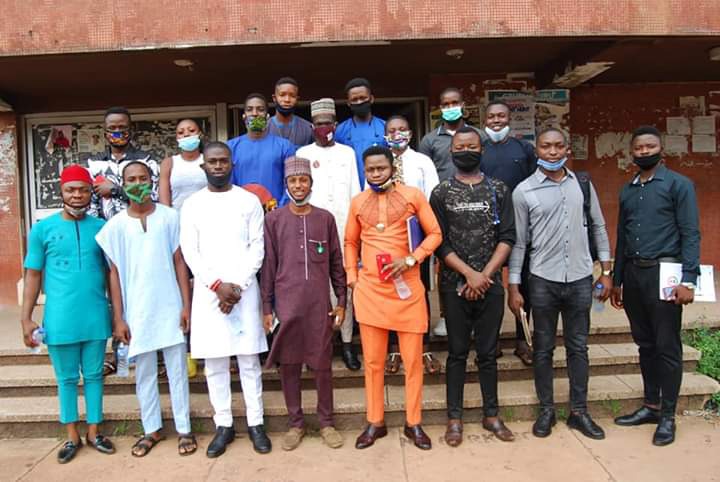 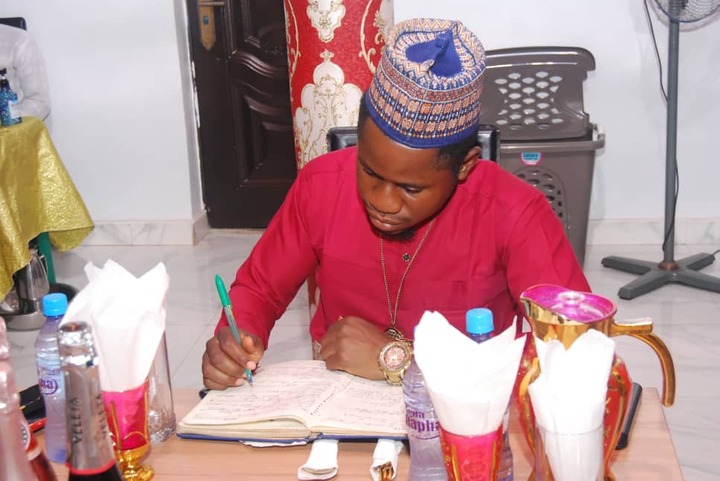 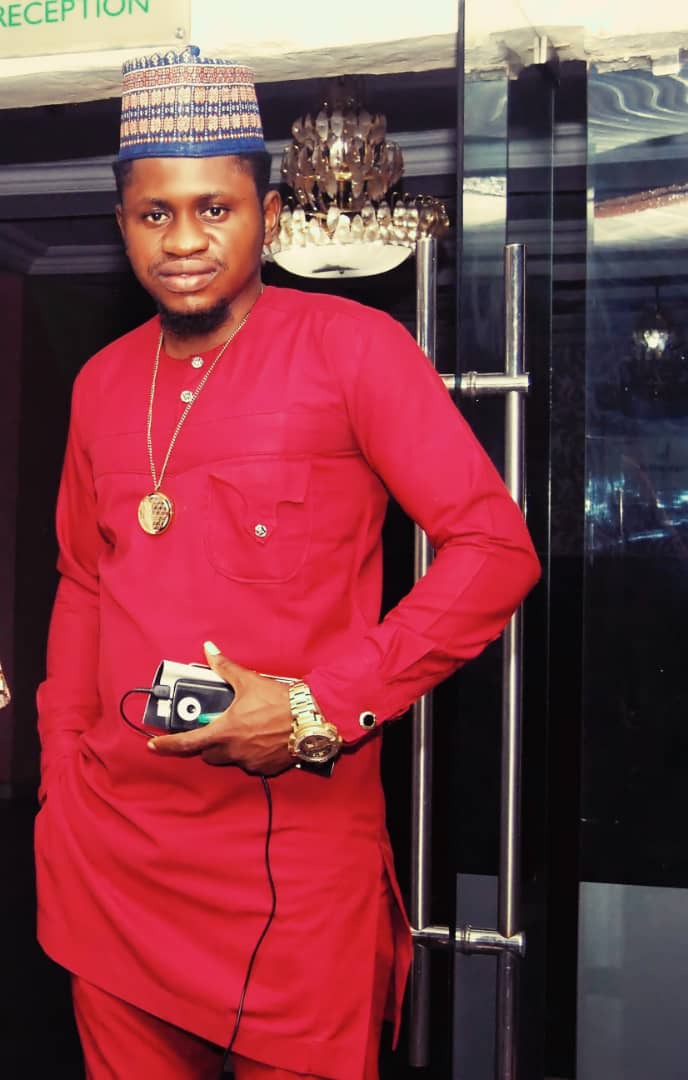 Rt Comr. Onyemaechi Joseph Onah wrote that Distinguished Senator Gilbert is a man of admirable traits of emotional intelligence, loyalty and consistency, whose senatorial administrations then, symbolized different things to different people. It turned out a win to some, a defeat to some, a challenge to some, an inspiration to some, a lesson to some, and then a message to some.

"By objective and sincere research, Gil is a man of political integrity who does not go for powers just for the pomp and pageantry but for the inspiration to serve humanity, according to the Enugu State Students leader.

"He sees every office he occupies merely as a call to serve. He is an embodiment of a dedicated public servant with unwavering commitment to making a difference."

The global leader of Enugu State students said he celebrates a man of goodwill and true leader who has traceable good records eye-popping achievements for his constituents and Nigerians at large.

Rt Comrade Onah concluded his memo: "the National Council of Enugu State Students celebrates a man of goodwill, father to students and youths of Enugu state, a senator whose passed bills remains spring of joy to many who never knew the source.

"Distinguished Senator Gilbert Nnaji cannot be forgotten when reeling names of senators who have fulfilled their mandate as parliamentarians in Nigeria.

"On this day that mark his birth, the council pray that God Almighty, the Ancient of the Days, The Rock Ages, The Beginning and The End, The Supreme Commander of World leaders, The Chief Executive Officer of the Whole World, Sovereign of all cosmic Sovereigns and The Maker of Kings bless and keep keeping Senator Gilbert Nnaji who was and still is the one of the Corner Stones of NACESS.

"Today, we celebrate his doggedity, his sagacity and his potent and efficacious days in office as Senator of, not just Enugu East Senatorial Zone but, Enugu State in general. May God bless him for all he did and still do for Enugu State Students", said Comrade Onyemaechi Joseph Onah, President of National Council of Enugu State Students worldwide.

Kindly Share this article, let us celebrate our leaders in other to motivate them do more, if God permits them more chances and opportunities to. Don't forget to click the Follow button to enable you keep reading Ochenwari. Feel free to drop your comments using the comment section below.

big bombom dotman igbo blouse latest news on asuu strike 2019 lyrics of beginning by joeboy
Opera News is a free to use platform and the views and opinions expressed herein are solely those of the author and do not represent, reflect or express the views of Opera News. Any/all written content and images displayed are provided by the blogger/author, appear herein as submitted by the blogger/author and are unedited by Opera News. Opera News does not consent to nor does it condone the posting of any content that violates the rights (including the copyrights) of any third party, nor content that may malign, inter alia, any religion, ethnic group, organization, gender, company, or individual. Opera News furthermore does not condone the use of our platform for the purposes encouraging/endorsing hate speech, violation of human rights and/or utterances of a defamatory nature. If the content contained herein violates any of your rights, including those of copyright, and/or violates any the above mentioned factors, you are requested to immediately notify us using via the following email address operanews-external(at)opera.com and/or report the article using the available reporting functionality built into our Platform 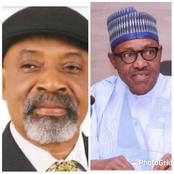 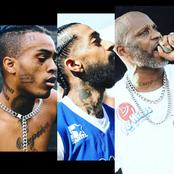 Sowore & A Nigerian Deputy Governor Clash Online, See The Kind Of Prayer They Prayed For Each Other 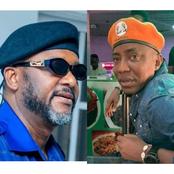 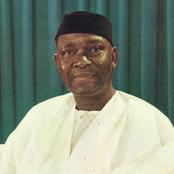 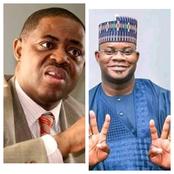 Odumakin's Wife Speaks Up, Reveals Her Late Husband's Plan For Nigeria Before His Death 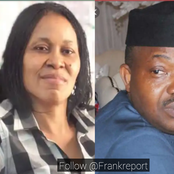 Opinion: Buhari Should Come Out And Address Nigerians Protesting At The Abuja House In London 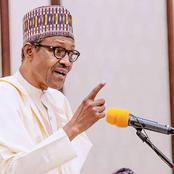 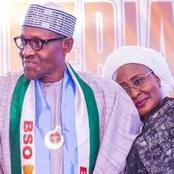 Every Child Deserves A Father Like FFK; See What His Son Did When He Wanted To Go Out 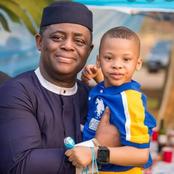 Opinion: 2 Likely Things That Will Happen If Chelsea Fail To Finish Fourth In EPL This Season 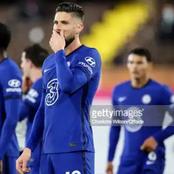