By Ifexjournals (self meida writer) | 9 months There had been a chaos at the House of Representative during the NDDC probe Committee meeting after the acting NDDC Managing Director (MD) identified as Professor Kenebradikumo Pondei fainted during questioning after he fails to account for N536 million budgeted for a particular project under his supervision.

There had been a strong allegations of corruption traded between the Minister and the former MD of the NDDC, Joi Nunei, who was said to have appeared before the lawmakers via Zoom on Friday. So therefore, Lawmakers investigating corruption allegations in the NDDC had on Friday summoned Professor Pondei and the Minister of Niger Delta Affairs, Senator Godswill Akpabio, to appear before the Parliament as the country sought to understand how funds allocated to the agency under their supervision had been spent. The committee was said to be in its fourth day of public hearing as it investigates alleged financial misappropriation at the agency. Professor Pondei, the acting managing director of the NDDC revealed that the Commission under his stewardship, paid a whooping sum of N641 million to one Clear Point communication, to help employ persons to help identify projects being executed by the commission in the region. According to report, Professor Pondei was terrified and in great shock for about an hour after he could not account for the N536 million paid to a company to run a campaign tagged "Save Life campaign".

In accordance to the video footage trending online where the acting MD of the NDDC was in total shock and fainted after being questioned. A man was spotted trying to open his mouth after he developed a seizure.

In conclusion: According to the video, I think the Acting Managing Director Professor Pondei is trying to escape being questioned by falsefully pretending to have fainted.

According to the video trending online, a man was spotted trying to open his mouth after the Pondei developed a seizure. Pondei claiming to have fainted was spotted struggling with the man trying to render help to him. 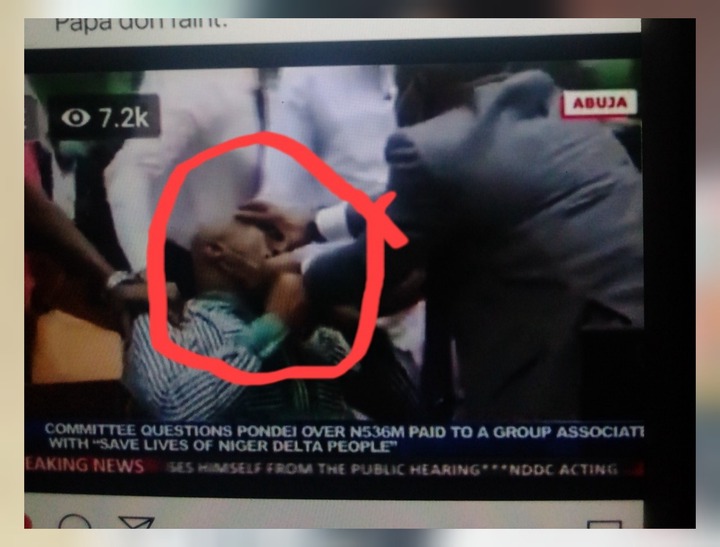 "If They Want Land, They Should Buy"- Omokri Reacts To Prof. Usman's Statement Over Open Grazing Ban

"If Fulani want land, they should buy"- Reno Omokri reacts to the Usman Yusuf statement