By TLucky (self media writer) | 6 days ago 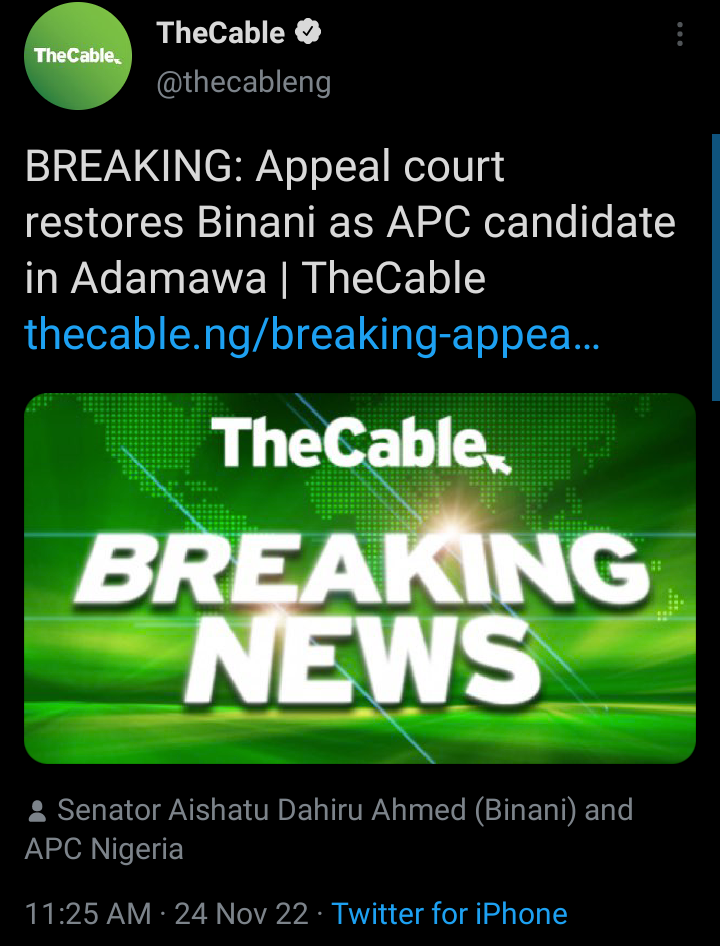 An appeal court in Yola has restored Aishatu Binani as the governorship candidate of the All Progressives Congress (APC) in Adamawa state.

In October, a federal high court in Yola, the state capital, had nullified the APC primary that produced Binani as the party’s governorship candidate for Adamawa.

The court had declared that there would be no candidate for the APC in the state for the 2023 elections. 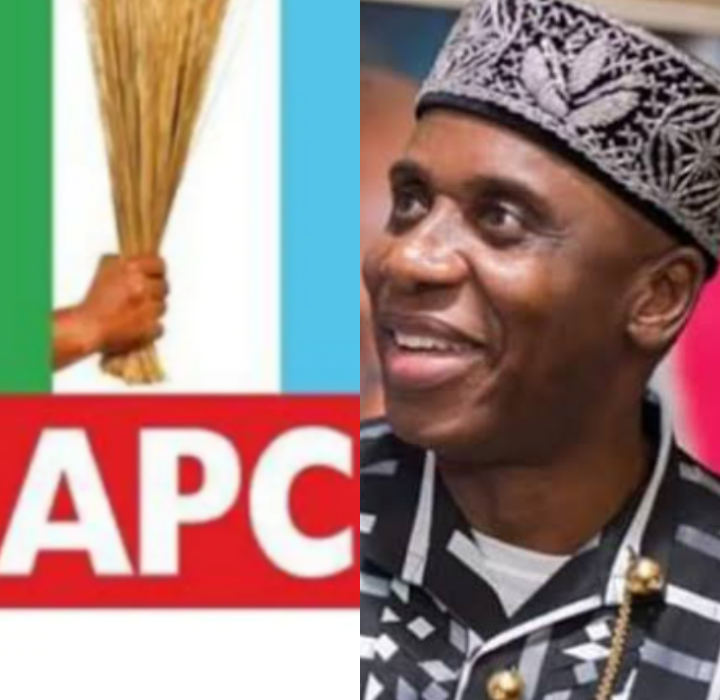 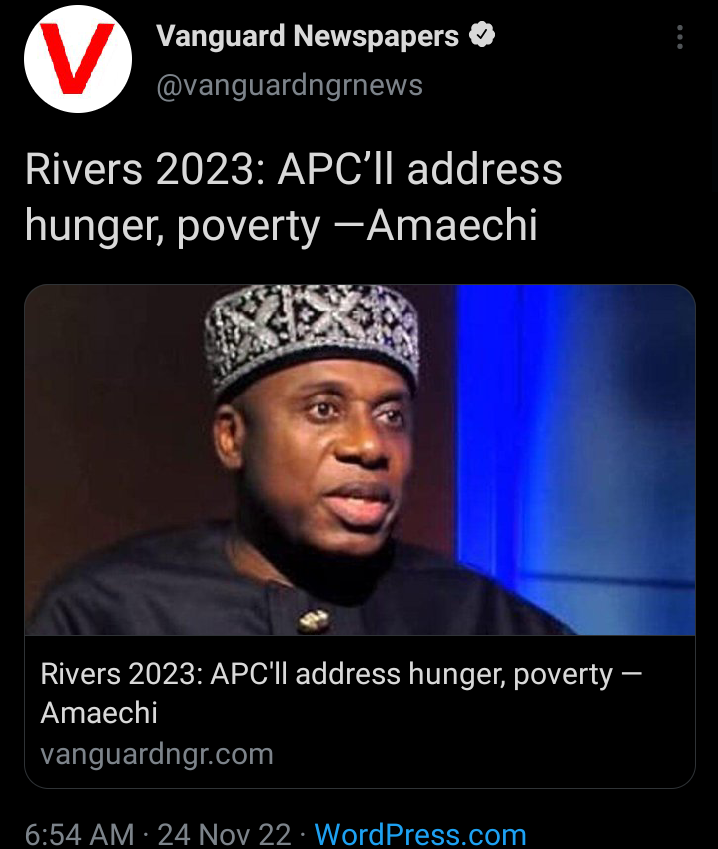 Immediate past Transportation Minister, Mr. Rotimi Ameachi, has expressed worry over perceived hunger and poverty prevailing in Rivers State, hinting that raising funds to address the twin issues would be the first thing All Progressives Congress, APC, will do when they reclaim Rivers State government in 2023.

Apparently throwing jabs at his successor again, the former Rivers governor, who recently pictured Rivers under Governor Nyesom Wike as being in its worst state ever, said he neither politicised development nor insulted traditional rulers during his time as governor. 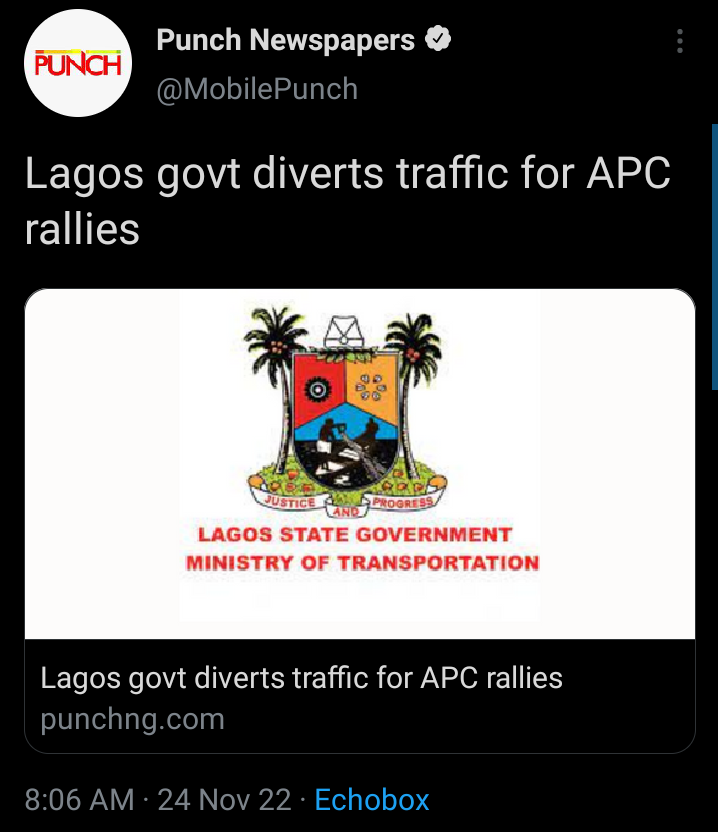 The Lagos State Government has announced traffic diversion from some routes within the state owing to the presidential and governorship rallies of the All Progressives Congress scheduled to be held on Saturday, November 26, 2022, at the Teslim Balogun Stadium in the Surulere area of the state.

The Ministry of Transportation, in a press release signed by the state Commissioner for Transportation, Frederic Oladeinde, on Wednesday, advised residents of the state to plan their movement on the day of the rallies.

According to the release, directional signs, tow vehicles, and barricades would be made available. Oladeinde also assured that traffic management personnel would be on standby to provide assistance and guide motorists/pedestrians during the rallies. 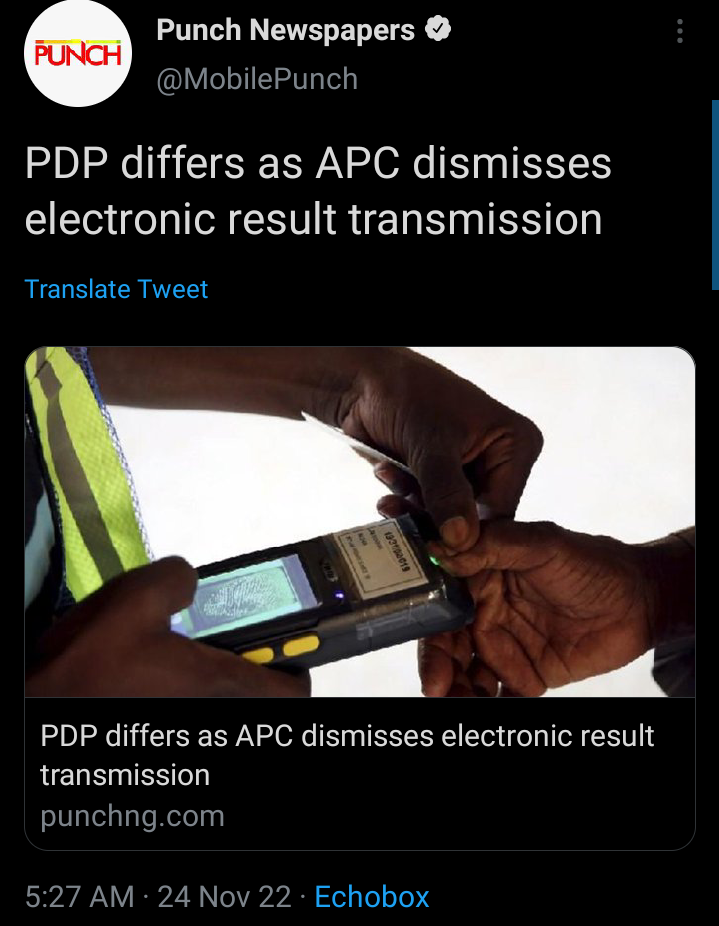 The National Chairman of the All Progressives Congress, Senator Abdullahi Adamu, has raised concerns over the proposed use of the Bimodal Voter Accreditation System for the 2023 general elections.

Adamu expressed his reservation when a delegation of the Commonwealth for the 2023 general elections paid a courtesy visit to the party secretariat in Abuja on Wednesday.

The PUNCH reports that the election is barely 93 days away.

INEC’s stance was the fallout of an Abuja Federal High Court’s refusal to grant the prayer of four plaintiffs who sued the commission for discontinuing the voter registration exercise on July 31.