Developed country’ - An economically advanced country the economy of which is characterized by large industrial and service sectors, high levels of gross national product and INCOME PER HEAD.

Well, thank you, now we have China’s official statement.

What does the World Bank say? The GNI per capita ( or GDP) is the usual BASIS to compare between nations.

China is a DEVELOPING Country at $10,200 for pr 2018 ($8,690 for 2017) is below $US12,055 as defined by World Bank as a high-income country — or "developed" country. A few countries are also pushing back on such changes at WTO besides China on this very issue. However, we can expect US to keep pushing, and I think at the right time, China will compromise, or when she finally exceeds $US12,055.

WHEN will China Join the Ranks of High Income Countries?

A Morgan Stanley report (2017) points to China’s shift into high value-added manufacturing and services that will boost per capita incomes to $12,900 over the next decade from $8,100 now. (The World Bank defines high-income economies as those with a gross national income of at least $12,476 per person).

WHAT about the Middle Class Trap - But getting there has huge challenges. Who does not know Mr Liu He? Trump loves the guy. Liu’s big concern - Can China escape the trap that ensnared most countries, such as the likes of Mexico, Brazil, Argentina, Chile, Philippines, Russia, etc. And he knows it is a crucial challenge, as noted his WB report titled “China 2030” 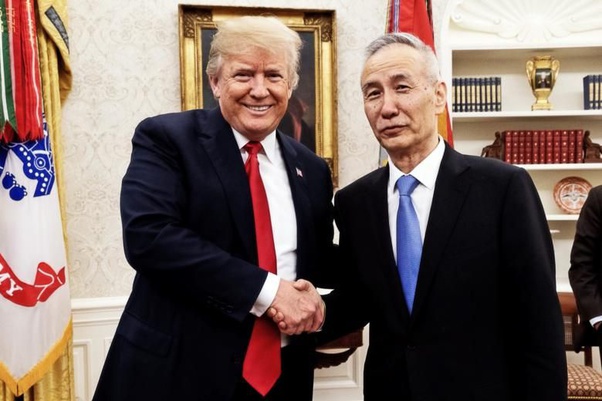 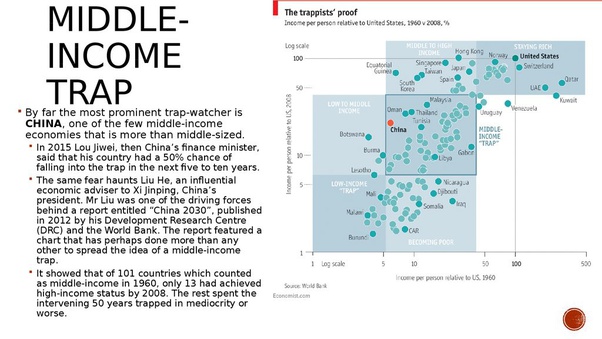 So I guess the next 5 to 10 years are crucial for China, including the transformation of her economy, MIC2025 and the success of One Belt, whilst managing debts, ensuring growth to meet expectations of a billion Chinese, the stability of property price and the trade war.

China is indeed Developing. China hasn’t even got out of the Middle Class Trap. Let’s talk when she succeeds which we think is pretty fair. We know Americans are unhappy that China refused to drop the ‘Developing country’ status at WTO. That is understandable, because China does enjoy preferential terms. But like the UN, IMF, WB, etc, the WTO is mostly engineered by US, as well as the rules. As for the draft for change proposed by the US, we and some countries cannot support such as a change. Let’s talk a few years later. Thanks for your kind understanding and continued support. China, (cc Venezuela, South Africa, India).

China has the world’s fastest supercomputers, a huge space program putting a rover on the dark side of the moon, an advanced high tech sector, a huge modernized military, the largest factory ecosystem in the world, largest national reserves, and many modern cities, as well as being the biggest trading nation and the world’s largest economy based on PPP. So, why is it still called Developing country?

But China is also poor.

So if averaged out, China remains poor and a fraction of the USA GDP and GNI per capita.

Maybe 2025?? To cross the line to be ‘Developed country’. The next line is 2049 - a target for China to truly call herself modern, advanced and a rich nation.