According to a recent video shared by Pulse Nigeria, the Nigerian minister of defense was heard saying that the the Buhari's administration was trying to make Boko Haram to be more civilized.

He made this remark when asked concerning the the federal government's rehabilitation programme for Boko Haram members. 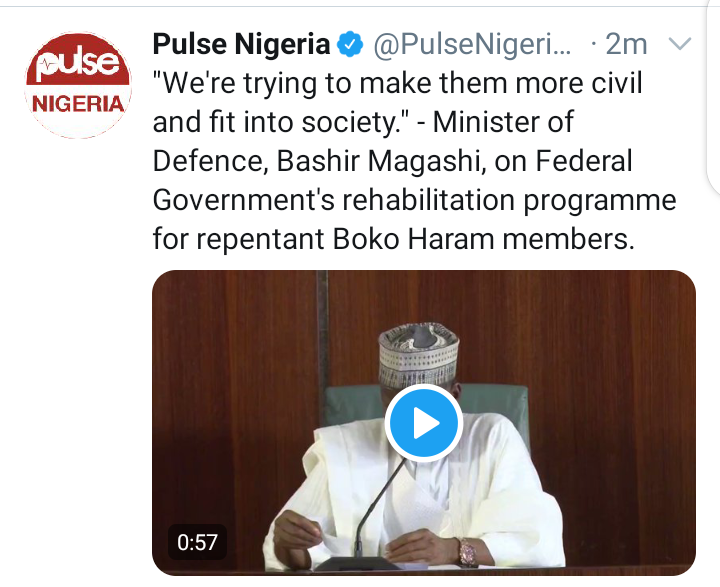 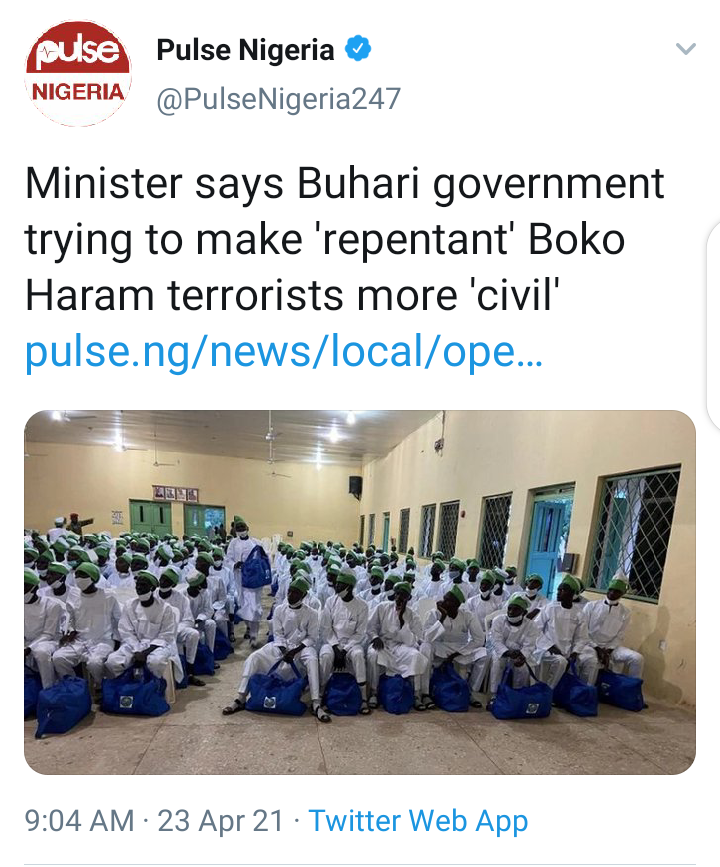 Operation Safe Corridor, a multi-agency relief operation, under the auspices of the Department of Defense (DHQ), was launched in 2016 to encourage Boko Haram terrorists to surrender.

The program is based on the De-radicalization, Rehabilitation and Re-Integration (DRR) of former members of an Islamic group that has plagued the northeast for more than a decade.

Magashi said during a press conference on Thursday, April 22, 2021 that the program provides a way for repentant terrorists to fit in with the public.

He said, "The government is in full control. We are not protecting them, we are trying to make them civilians and socially acceptable.

"If this is a problem in this country, we must reconsider the situation."

Defense Minister Bashir Magashi says the plan could be reviewed if necessary.

At least 881 former terrorists have been released since Operation Lafiya Dole was launched five years ago.

Many Nigerians have strongly criticized the plan, noting that it considers a terrorist act that has killed more than 30,000 people, and displaced more than 2.5 million people in their homes. the northeast and surrounding areas of Cameroon, Chad, and the Republic of Niger. 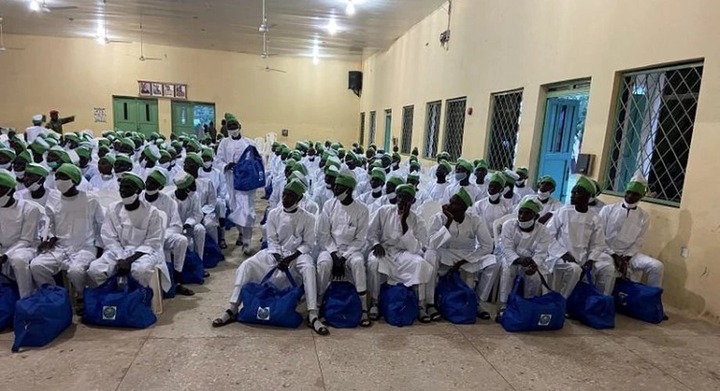 President Muhammadu Buhari has claimed for years, since his election in 2015, that Boko Haram has been 'defeated' and poses no significant threat to the country.

Before The Sun Rises Today, Say These Prayers To Avert Every Evil Plan Of The Enemy Upon Your Life