Ooni Of Ife Finally Replies Sunday Igboho After He Apologised. Check Out What He Said

Following the sincere apology tendered by famous Yoruba freedom fighter, Sunday Igboho to the Ooni of Ife and others whom he referred to as Fulani slaves, the first class King has finally responded.

Moses Olafare, the spokesperson of Oba Enitan Ogunwusi, the Ooni of Ife waved off Igboho's insults as irresponsible adding that the venerable palace was not ready to reply Igboho officially.

However, Ooni said he would take the threat of violence against him by Igboho lightly as it would be appropriately handled.

Recall that Igboho yesterday, berated some South West leaders including the Ooni of Ife over their perceived reticence towards herdsmen crisis in the region. He unabashedly said that the Ooni collected a ransom from President Buhari during his last visit to the President in Abuja which silenced him on Yoruba-Fulani crisis. He ended up calling them Fulani Slaves, threatening to unleash terror on them.

Speaking further on the allegation laid on him by Igboho, Ooni said he made baseless allegations without evidence warning him against his recklessness as they do not portray him in good light as a supposedly Yoruba Elder imbued with moral values.

The Ooni advised Igboho not to let the praises he get from his numerous followers get to him because he is still subject to him and his irresponsibility can cost him his fame.

Meanwhile, Igboho had earlier apologized to the revered monarch saying that he said them impulsively and that it would never repeat itself. 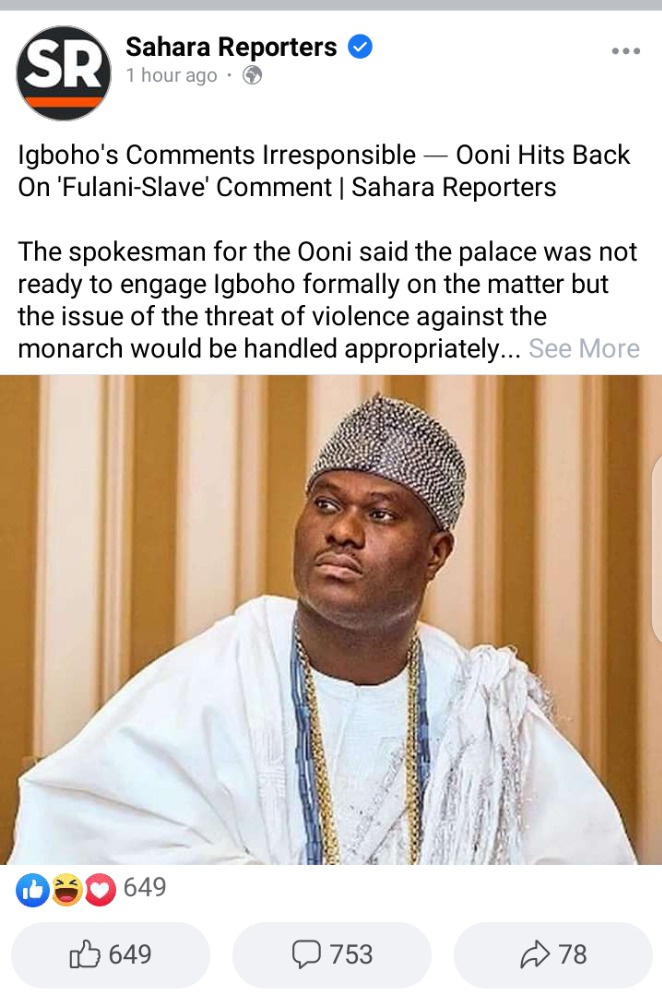 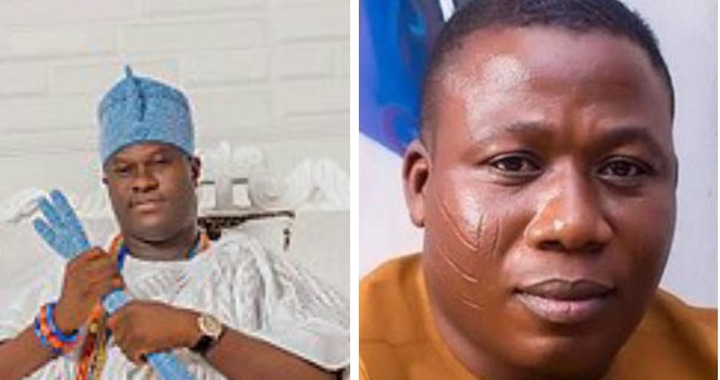 However, many people tend to disagree with the Ooni. Check out their reactions: 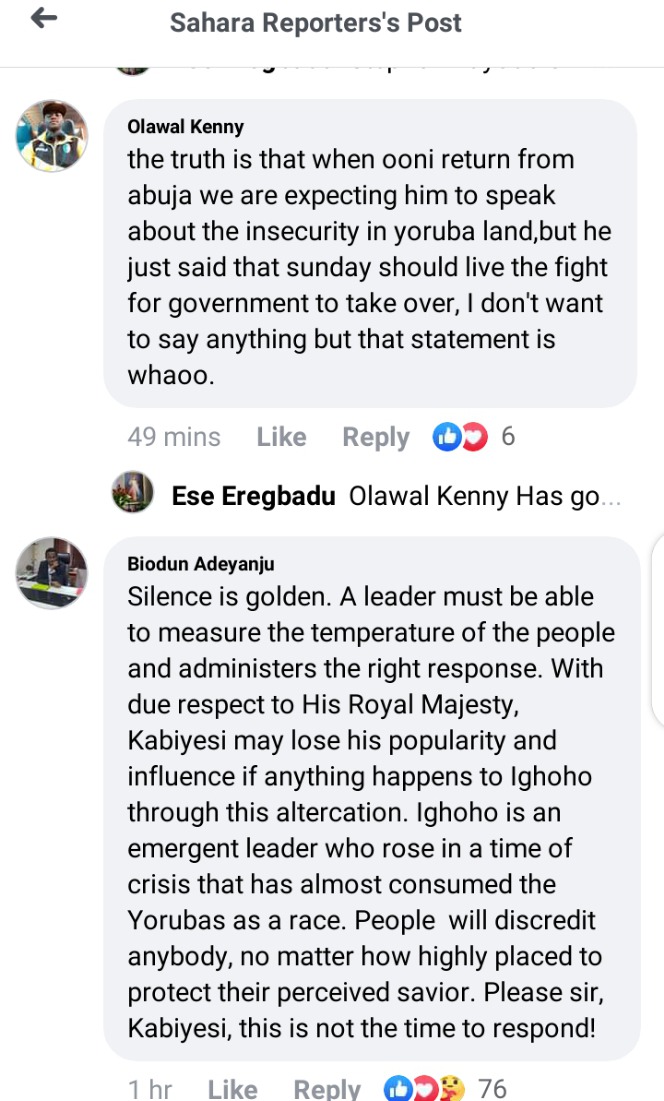 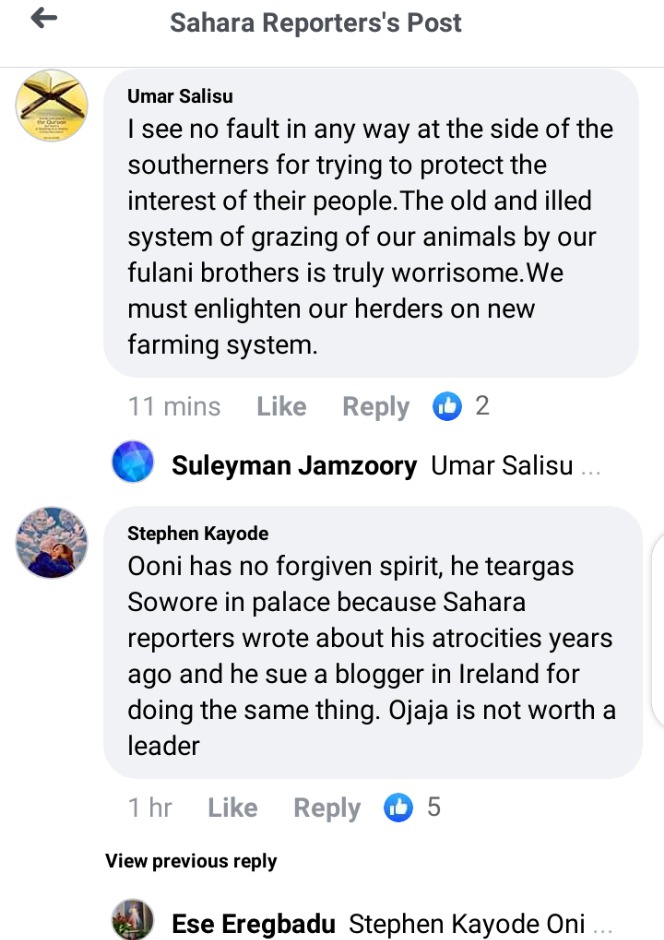 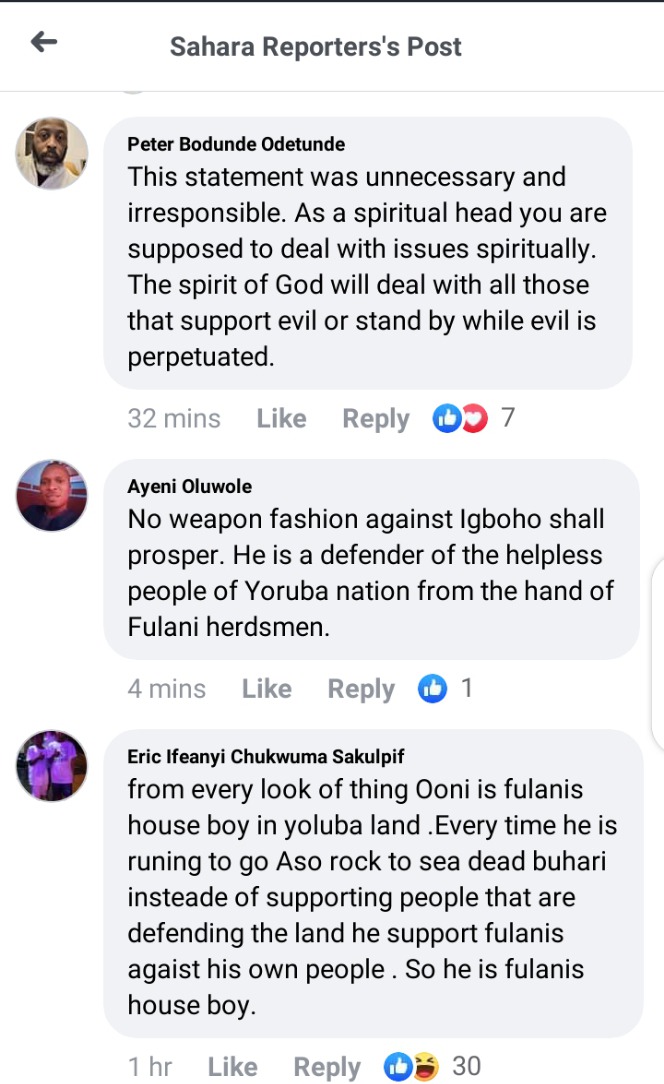 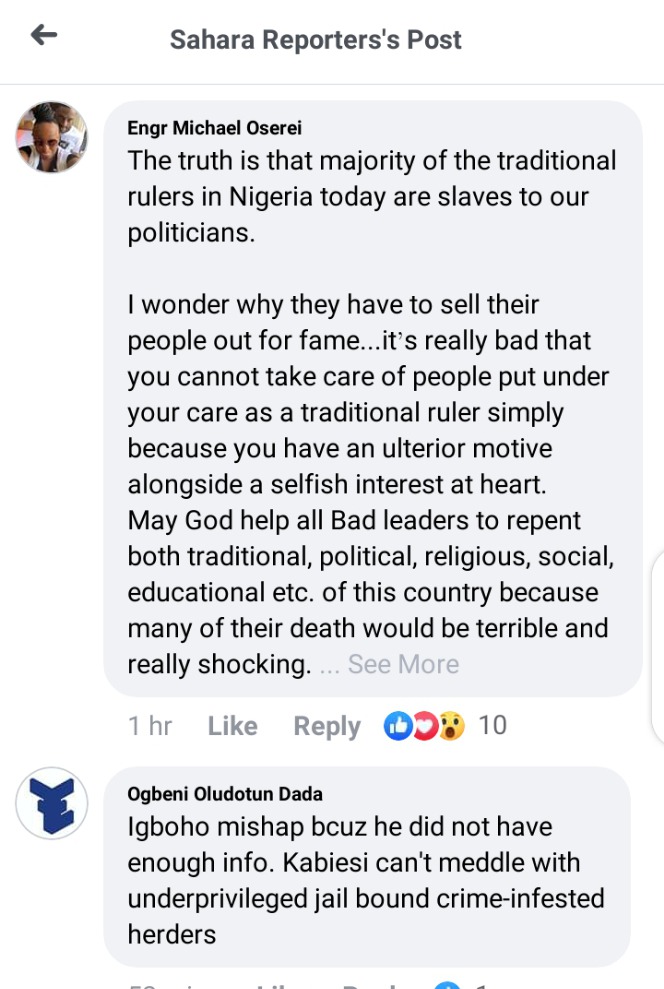 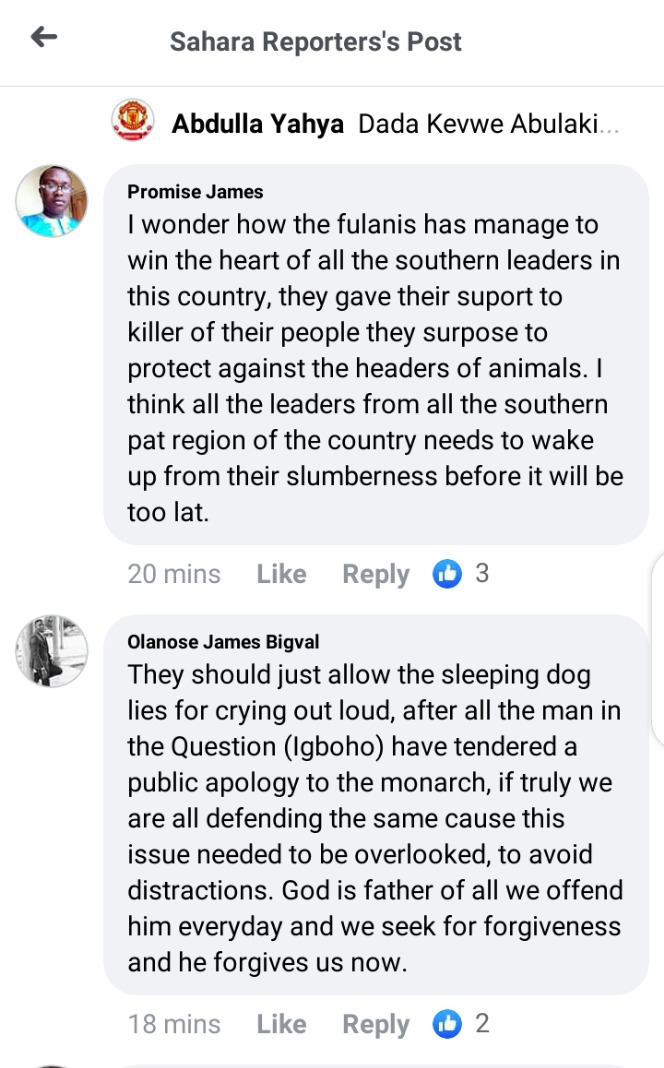 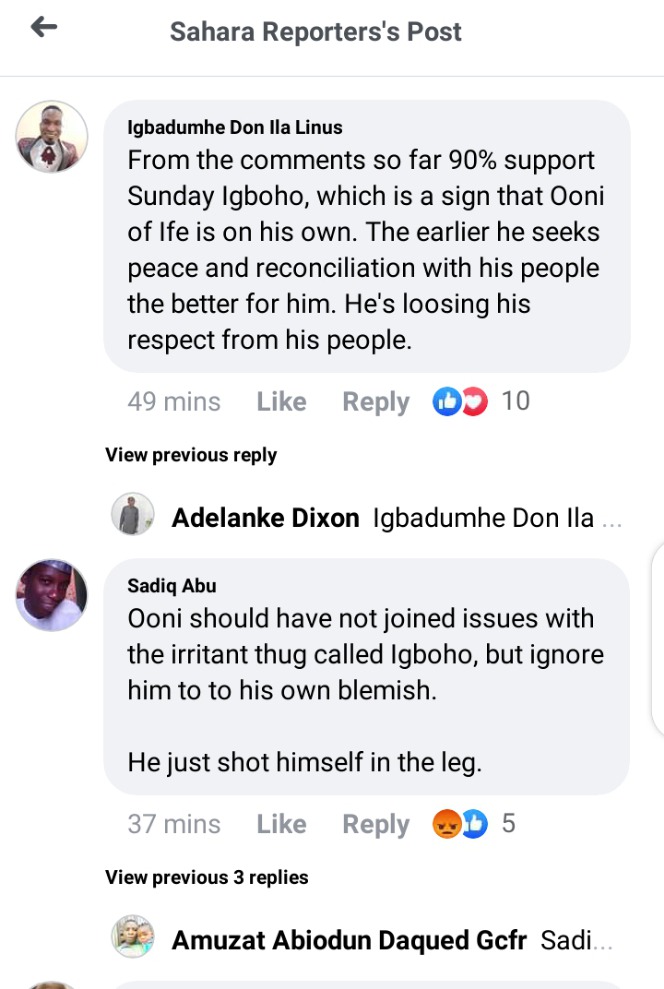 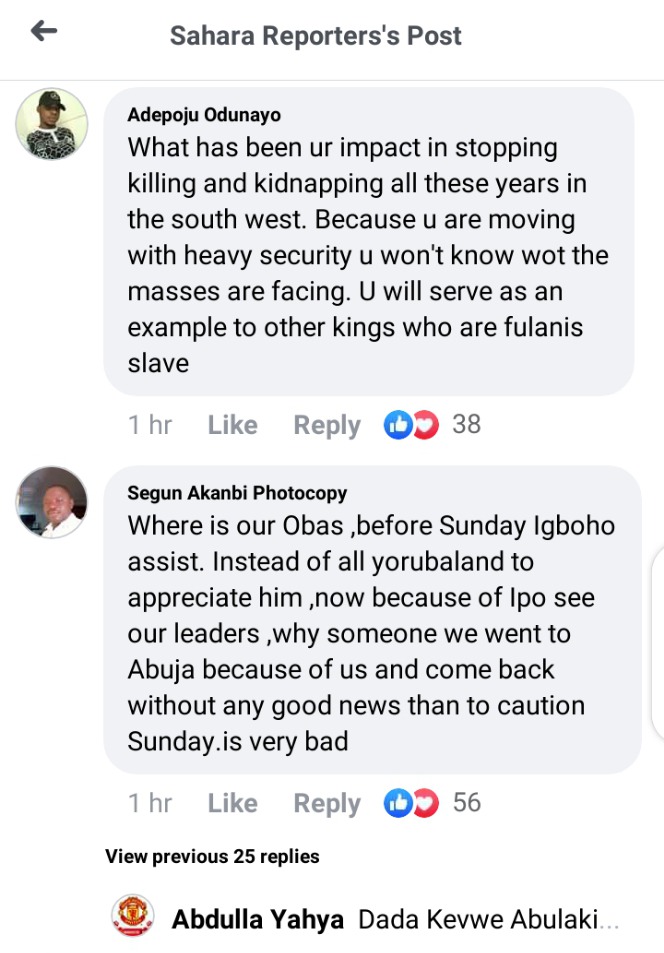 Do you think that Igboho is really invincible and cannot be sanctioned by the Ooni? What is your day?