By AuthenticAidokhai (self media writer) | 1 year ago 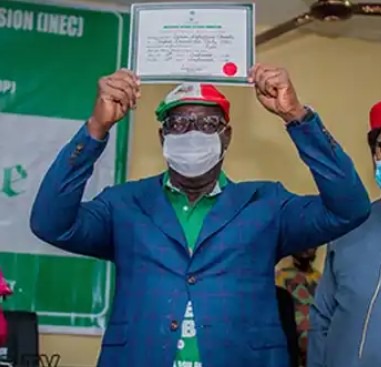 There have been several insinuations in some media platforms that indicate that there is brewing trouble or disagreement between Governor Godwin Obaseki and the leadership of Edo state chapter of the Peoples Democratic Party, PDP. Although some social media commentators have expressed the view that such tussle is expected, others are expressing disbelief at the reported turn of events.

For me, there is absolutely nothing to be surprised about. I expected from the onset that there would be some real problems with that "marriage of convenience" that happened between Obaseki and the PDP. In fact, without seeking to sound like a prophet of doom, I believe the political struggle will get messier unless great care is taken.

For me, it is not a surprise that the governor is allegedly making this demand. He made it clear upon his defection to the party that was now the leader of the party in the state. What did these PDP leaders think he meant?

While in the APC, Obaseki's disagreement with Oshiomhole was largely about control of party structure. While Oshiomhole believed he is the leader of the party, Obaseki thought otherwise. So were the PDP executives thinking that Obaseki would come into the PDP and not be the one to dictate the tune?

The Edo PDP state executives should have known what awaits them when they were receiving Obaseki into their party. Obaseki that I now know will not be a governor and not have a say on who become the executives of the state chapter of his political party. Otherwise, what was the fight in APC for?

If the governor would take my advice, he should allow these executive members to serve at least two and a half years of their tenure. This attitude of political parties dissolving duly elected executives is becoming worrisome. In about two years from now, he can then fight to get the party structure.

Governor Obaseki must do all within his powers to avoid a full-blown open confrontation with the party that gave him a platform in his trying times. If he allows the situation to degenerate, and become a trendy topic, he may be pretty surprised how much political goodwill he will filter away in a short while.