By Edutainment1 (self media writer) | 1 year ago 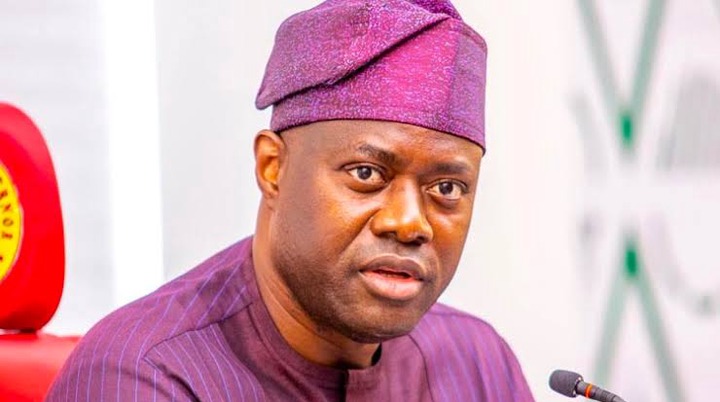 While the committee on Constitution review is going round the country for necessary changes needed in the Constitution, the executive governor of Oyo state, Governor Seyi Makinde has described the exercise as a waste of time.

The governor made the statement during a media chat with OBAS TV while giving account of his one year stewardship in office as the governor of the state. 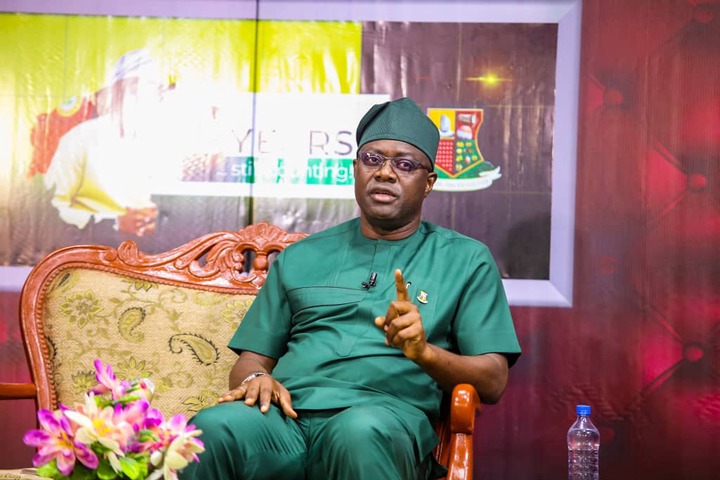 He noted that the citizens need to fundamentally change the way they interact in the country as the military cannot be blamed for the security challenges facing the country. 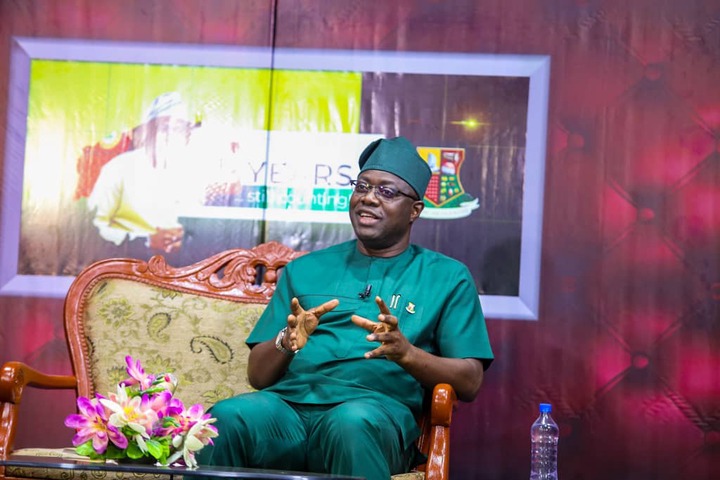 "We need to fundamentally change how we relate in this country and we cannot keep blaming the military. The National Assembly says they are consulting with people about constitutional review but I think it's a waste of time.

"What we are fighting for is central to the development of this country. States should be able to enforce the laws in their states. People ask me about Yoruba Presidency and I say what we need now is not that but restructuring. I am not saying it is a magic bullet. 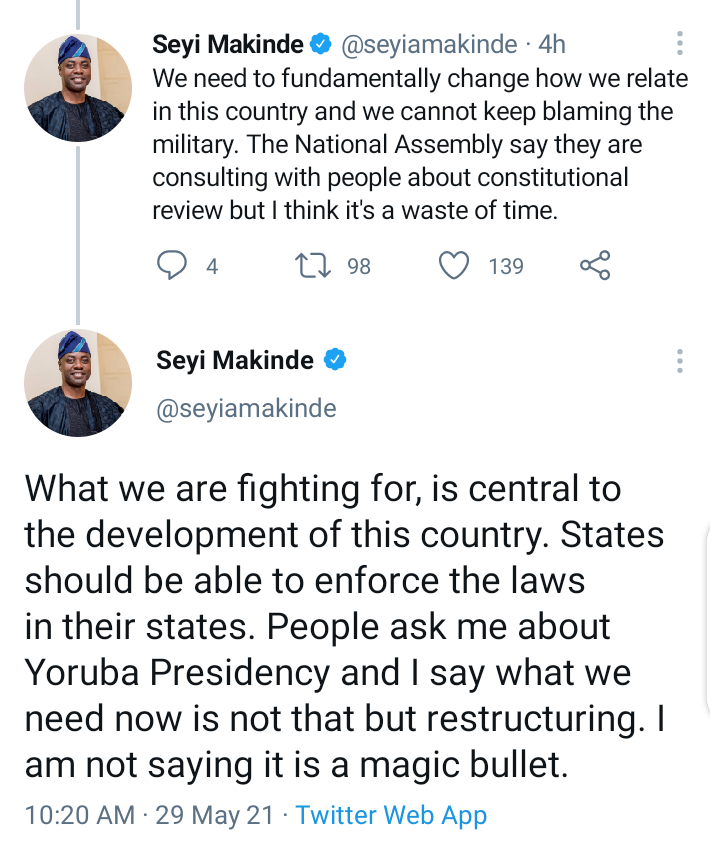 Speaking on Channels TV last week, the Attorney General of the Federation, Abubakar Malami said the state governors should give autonomy to their local governments and state judiciary before asking for restructuring at the national level.

Content created and supplied by: Edutainment1 (via Opera News )