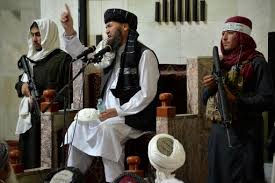 Mohammad Hasan Akhund has been announced by the Taliban as their new leader of the Government. This happened on Tuesday. The Congress also told the journalist that Abdul Ghani Baradar who is a co founder of the Taliban would be the deputy leader of the nation.

The Taliban is a group which was created during the 90s with the aim of taking down the Afghanistan government and establishing their own Government which would also at the same time make Islam stronger in the nation, they also aimed at making Islam to influence the county's policy. The Taliban have struggled for over 30 years to bring the whole of Afghanistan under their rule but failed until the president Joe Biden of the United States ordered that the American troops which have been protecting Afghanistan to leave the country but it only resulted to the total takeover of Afghanistan by the Taliban. The Taliban government have now announced to the public the names of people who would occupy the new government.