Yesterday, Governor Willie Obiano’s Townsmen- Aguleri indigenes under the auspices of a major pressure group, the Aguleri Frontiers, visited Senator Ifeanyi Ubah in his Umuanuka Nnewi residence to declare their full support towards his gubernatorial ambition.

The frontline pressure group made up predominantly of politically savvy indigenes of Aguleri community in Anambra East Local Government Area of Anambra State couldn’t hold back their joy on Saturday as they thanked the Senator representing Anambra South, Dr. Patrick Ifeanyi Ubah for his overwhelming legislative actions.

They held that the actions will not only better the welfare of his constituents, but will also promote the interests of Anambrarians. The indigenes who comprised of youths, title holders, opinion leaders, elders and women made the appreciation when they visited the Senator at his Umuanuka, Otolo Nnewi residence. 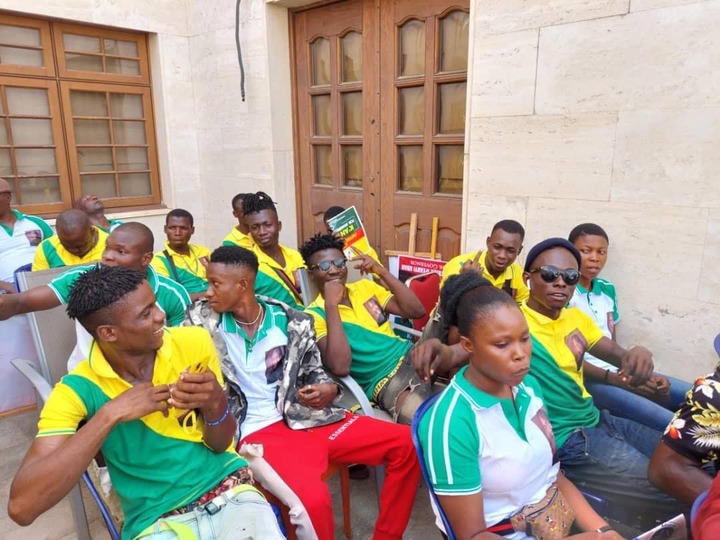 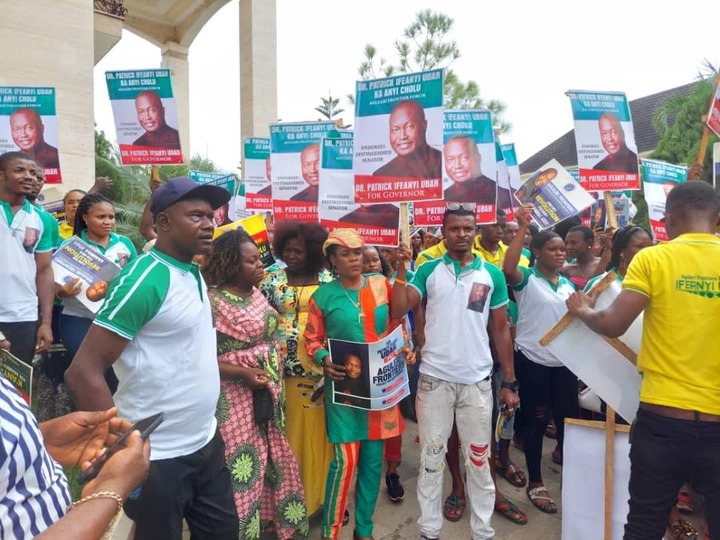 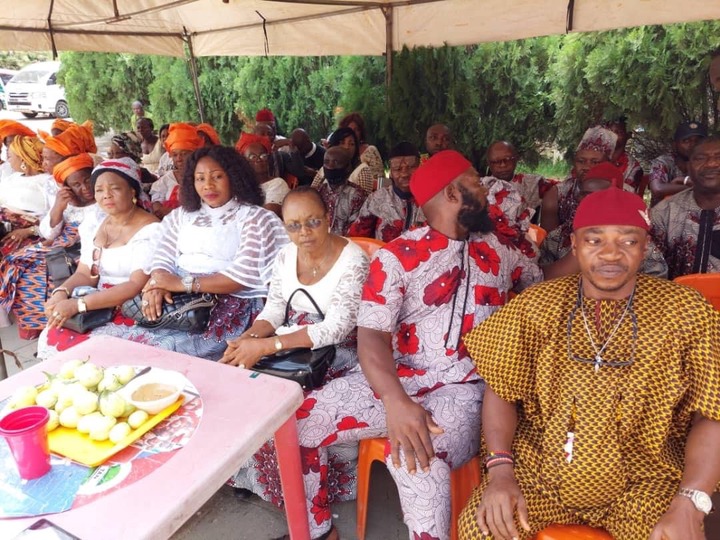 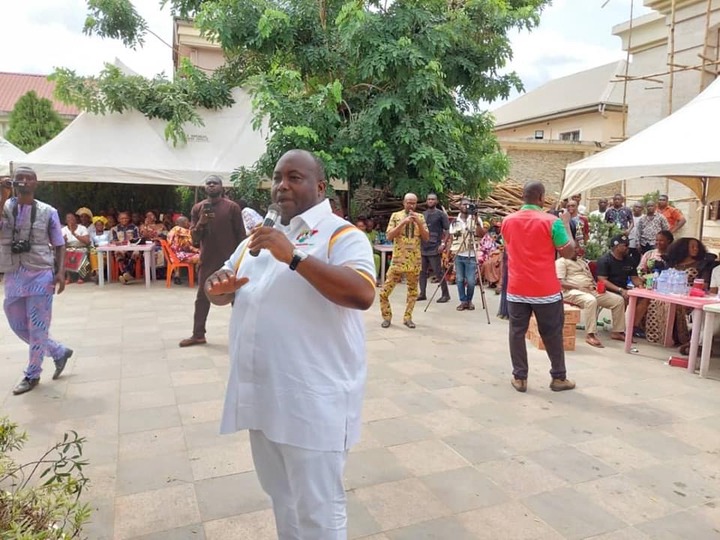 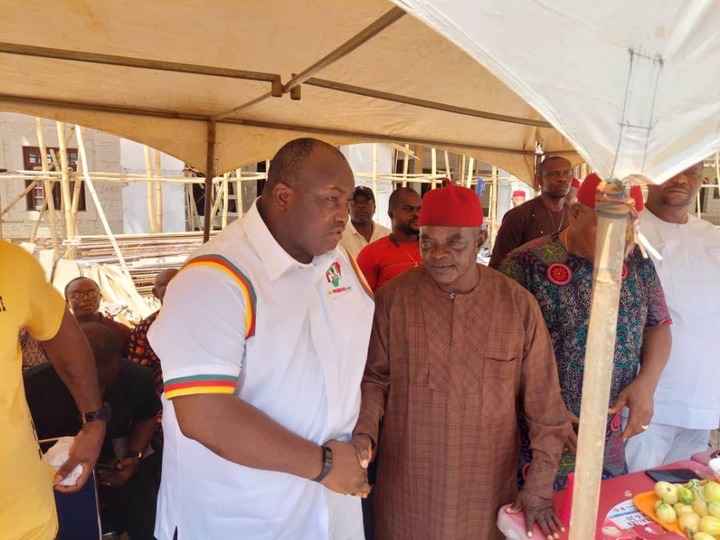 Speaking on behalf of the visitors who assembled under the Umbrella of Aguleri Frontiers, Mrs. Ifeoma Onwudiwe thanked Senator Ubah for his quality motions and Bills at the upper legislative chamber. She also applauded him for his uncommon efforts towards human capital development and urged him to keep up the good works. According to her, the laudable efforts by the Senator all geared towards the betterment and wellbeing of the people have contributed a lot in the promotion of the economy in his senatorial district, the state and Nigeria at large.

"That you have under the space of just a year and few months in the Senate rewritten the history of Anambra South Senatorial District, and emerged the *Prince of the Senate* by the critical Bill that you used to secure billions in revenue for the country yearly, shows that indeed you have a practical solution to societal problems. It also shows that Anambra will emerge the commercial hub of the Nation if you are given the mandate to pilot its affairs " She said.

Mrs Onwudiwe who went on in her speech to laud the Senator for his contributions even as a private citizen then towards human capital development, also said that the main aim of their visit was to appreciate him for his sustained selfless acts and to declare their full support for his gubernatorial ambition.

Also speaking during the visit, Chief Innocent Chukwudumebi Okonkwo (Odogwu Aluta), thanked Senator Ubah for his giant strides towards human capital development and love for his people. He further appreciated him for his people-oriented contributions towards grass-root based community development and described him as a selfless leader who always puts the interests of his people at heart.

Responding, Senator Ubah expressed his joy at the visit and assured them that he will continue to put in his best to better the welfare of the people.

"My only business in politics is to better the lot of my people. I have for years sponsored numerous political office holders without seeking anything in return but only gave them the task of delivering the dividends of democracy to the people.", he declared.

"Unfortunately, they have not been able to translate my vision for the people into reality hence my decision to join politics and show by example that governance is not rocket science as long you are in it with genuine and selfless intentions geared towards human capital development and welfare ", he added.

He informed the visitors, that he is in the governorship race to better the lot of his people and proffer practical solutions that will trigger the development of the state as well as provide leadership in promoting the Igbo economy. 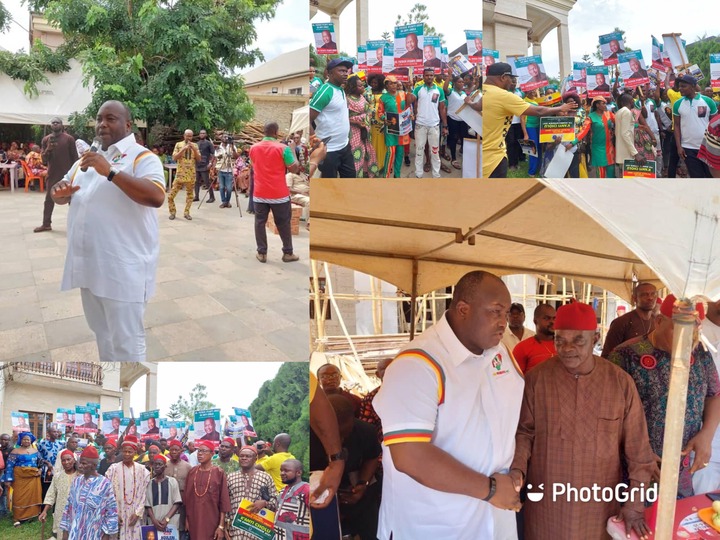 In his words: "Regrettably, other aspirants who I must concede are tested in several fields of human endeavour do not however possess the requisite knowledge on how to trigger the economic revival of the state without dependence on the dwindling allocations from the Federal Government."

Senator Ubah in conclusion urged the visitors to keep propagating issue based narratives devoid of rancour as they go about mobilising support for him and also informed them that he is going to build new houses for two indigents in the Aguleri community as selected by them.

“Now that the NLC President has been declared wanted, what do we do?”- Femi Fani-Kayode.