The vital edge that will favor David Mark over Sen. Ayu as battle for PDP chairmanship intensifies.

The race for the national chairman of the Peoples Democratic Party has intensified as major power blocs in the party, are seeking the emergence of their preferred candidate that will facilitate their political ambition.

That being said, a recent report has it that a former senate President by the name of Iyorchia Ayu has joined the race for the national chairmanship of the party, and this has introduced a new twist. It was further revealed by the report that major power blocs in the party intensified the lobbying of Senator Iyorchia Ayu because the emergence of David Mark will not favor them.

Note that Senator Iyorchia Ayu who is from Benue State will be contesting against Senator David Mark (Benue State) who has been heavily backed by the southern governors and Governors Aminu Tambuwal (Sokoto); Bala Mohammed (Bauchi) and Ahmadu Umaru Fintiri (Adamawa). Though, in the race for the national chairmanship slot also are Ahmed Makarfi (Kaduna), Ibrahim Shema (Katsina), and Babangida Aliyu (Niger). However, this article will be looking at the vital edge senator David Mark has over Senator Iyorchia Ayu, which could be a major advantage for David Mark as the battle for the chairmanship position intensifies.

The key edge that will favor David Mark over his fellow Benue State-born Senator Iyorchia Ayu is that David Mark has never decamped from PDP before. In his active 20 years as a senator, David Mark never left PDP as he won all his senatorial seats under the platform of PDP. He has been seen as a strong pillar of the party and also as an exemplary figure to younger politicians, as he has remained with the party both during its ruling days and also as an opposition party now.

While for Senator Iyorchia Ayu, he left the Peoples Democratic Party in 2005 after falling out with Chief Olusegun Obasanjo and joined the Action Congress (AC). He later became the leader of Vice President Atiku Abubakar's presidential campaign team on the platform of Action Congress (AC) in April 2007. 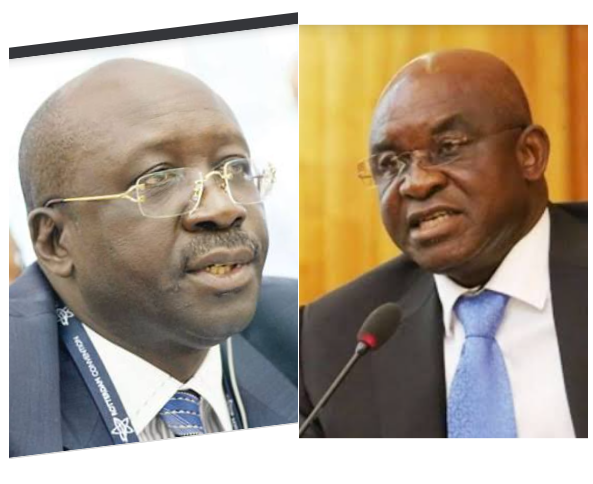 From the above exposition, it is obvious that David Mark has been a consistent and dedicated PDP member who has had a smooth political journey within the party. This could go a long way to serve as an advantage for him over Senator Iyorchia Ayu in the politicking and mobilization for the contested position and also during the democratic process that will be used to elect the new chairman of the party.