"Do You Know Who you are Talking To?" - FFK Slams Journalist asking him rude questions in a meeting

By Gistxrta (self media writer) | 2 years ago

Former minister of Aviation Femi Fani-Kayode, commonly referred to as FFK has expressed his uttermost rage during a press conference as he blast a journalist asking him questions, which were interpreted by FFK to be "rude questions" 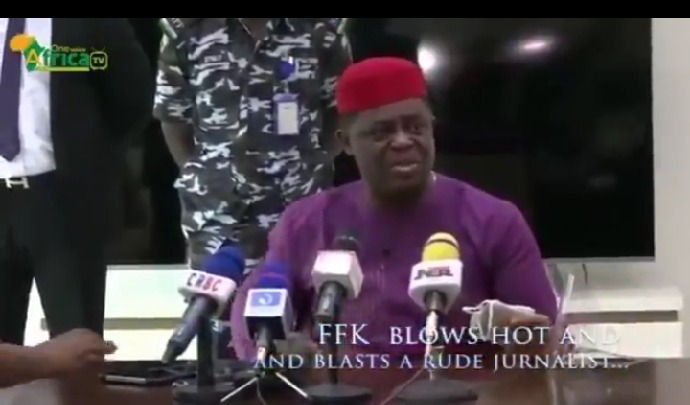 The Former Special Assistant to the Presidency during the Olusegun Obasanjo administration and Ex- Aviation Minister, in a viral video making waves online, was seen lambasting a journalist who was asking him questions saying he is very stupid to have asked him such questions. 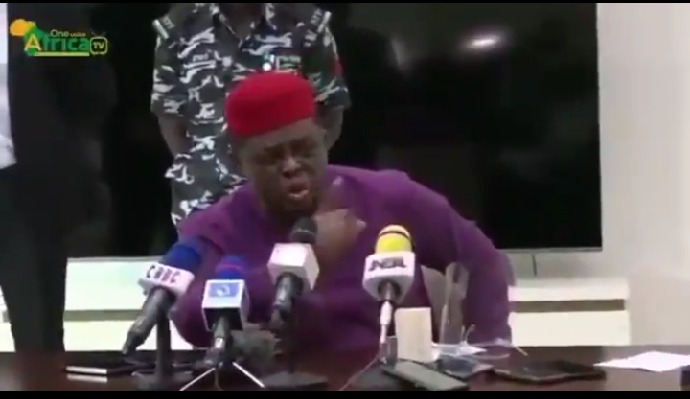 The Reporter asked FFK : "Who is bankrolling your tour of the South-South States?" Upon hearing the question which was jabbed at him, FFK blows hot saying, and I quote

"What type of stupid question is that"

"Do you know who you are talking to? Bankroll who? From who, How, When, and Where?"

"I can see before you got here how stupid you are"

FFK further stated that he won't take questions again from the said journalist as he termed his questions insulting.

Upon apologizing for his wrong manner of approach, the said journalist also received a correcting lecture from FFK as he revealed to him who he truly was. FFK told him that he's a Lawyer and a Nigerian Politician who has been doing politics since 1960.

"I have been locked up and prosecuted several times by this Government. I have never been poor and would never be. Bankroll who? Don't ever ask such questions again because I will hit you hard" he said, as he threatens to report the said reporter who was from the Daily Trust Media house to his Publisher.