EDO 2020: Why APC Should Excuse Gov. Ganduje, Uzodinma From Edo Campaign Team Of The Party (Opinion) Barely 64 days to the Edo State forthcoming governorship election the state, which involves the People Democratic Party PDP, and the ruling All Progressive Congress APC, some of us, watchers of the Edo State politics, are suggesting that APC should excuse the duo of Governor Abdullahi Umar of Kano State and Senator Hope Uzodinma, the Executive Governor of Imo State, from the Edo State campaign council of the some for the following reaasons. Gov. Ganduje and Uzodinma leading the APC campaign council for the Edo gubernatorial election may be denting the chances of the party's governorship candidate, Mr. Pastor Osagie Ize-Iyamu in the forthcoming election.

One would ask me the reasons why, my reasons is due to the fact that the PDP is bent on using the alleged bribery scandal involving Gov. Ganduje to campaign against the APC and Ize-Iyamu. Remember billboard mounted in some areas of the showing Governor Ganduje receiving dollar from unknown person. Although the Edo State government led by Governor Godwin Obasaki denied sponsoring such billboard. Moreover, they have been playing the alleged bribery video Ganduje on billboards screen in the state. So in personal opinion this will definitely affects and bleaks the fortunes of APC in the forthcoming election scheduled to hold on 19th September in the state.

In addition, Sen. Uzodinma is allegedly regarded as the Governor installed forcefully on the people of Imo state owing to the supreme court judgement that made him the Governor of the State. 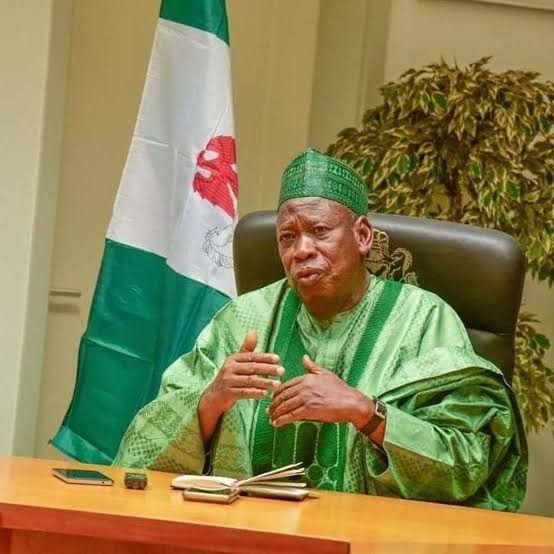 I'm of the views that It would have been better for the National Caretaker Committee of the APC to excuse the duo of Ganduje and Uzodinma from the campaign team of Edo State.

Therefore, It should be noted that the APC would have done like-wise if leaders of the PDP campaign council and Gov. Obaseki are discovered to have enmeshed in corrupt acts, because sometimes Nigerians involves themselves in campaigns of columny against their rivals whenever the politics campaigns season starts. Permit me to take you back in the year 2016, when Ize-Iyamu is contesting on the platform of opposition party in the state at that time, which is PDP, Oshiomhole had once used the rustication of Ize-Iyamu from the University and alleged arms deal scandal to campaign against him, I'm very sure many of us would not denied this fact.

To this end, I'm bold enough to clearly state that, it's the APC that starts this campaign of columny, therefore it's good idea for APC to excuse the aforementioned people from it's campaign team for Edo State.