By AJNews (self media writer) | 2 years ago

Good Evening Nigerians here are the news headlines for this night, Thursday July 16, 2020. 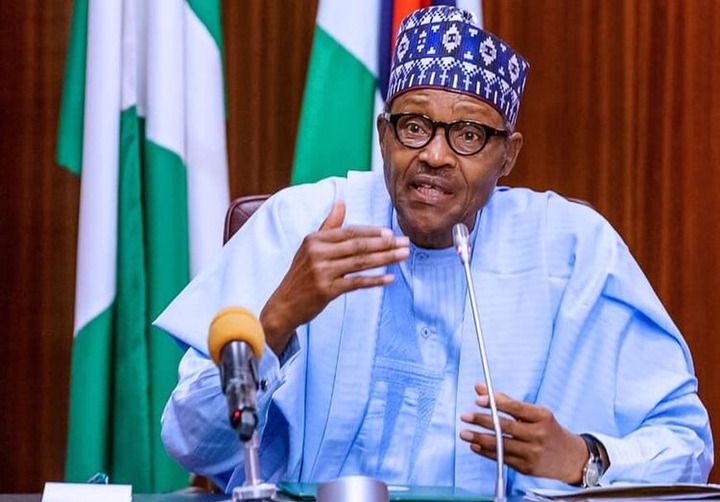 The president of Nigeria, President Muhammadu Buhari has issued a marching order to security chiefs to tackle the challenges of insecurity in the North West.

Some thugs suspected to be loyal to the All Progressives Congress (APC) in Bauchi State today attacked the secretariat of the Nigeria Union of Journalists (NUJ) in Bauchi to disrupt a press conference being addressed by some factional members of the party.

The hoodlums attacked the Press Centre while the press conference was on as the factional members called for the dissolution of the state executive council of the party and disrupted the briefing.

In their attempt to stop the briefing, the hoodlums hurled stones and chairs at journalists and other attendants, as two journalists sustained injuries in the attack. The arrival of a team of policemen led by the Police Public Relations Officer (PPRO) in the state, DSP Ahmed Wakili, restored order.

It was reported that some of the hoodlums fled the Press Centre upon sighting policemen to avoid being arrested. Some others were, however, arrested by the policemen and taken to the headquarters of Zone 12 of the Nigeria Police Force in Bauchi where the case is being handled.

The two journalists who were injured in the ensuing melee were accompanied to the Zone 12 by the state NUJ chairman, Umar Sa’id to give their statements. As of the time of filing this report, peace has been restored at the NUJ Press Centre

3. How Wike Rescued Me From Police Joy Nunieh the immediate past managing director of the Niger Delta Development Commission (NDDC) has narrated how she was rescued from heavily armed policemen who wanted to arrest her without a warrant of arrest.

Nunieh, who spoke at the Government House in Port Harcourt on Thursday, revealed that the heavily armed policemen tried breaking the security door to her residence before the governor came in and ordered them out of her premises.

The former NDDC MD explained that she had earlier called the governor to inform him about the invasion of her residence by policemen, adding that Wike came to her rescue at the point the policemen were still trying to pull down the security door leading to her room. She said, “They (policemen) started trying to break the security door. Because it was a security door, they spent time to try to break the door.

“Before, I asked them of their warrant of arrest and they said they didn’t have any. I then said I cannot go with any of the policemen. I need to see the warrant of arrest. We are not in a banana republic.

“So, my governor came and sent them out; and said why would they come to arrest a woman like an armed robber? My governor told them that they should leave the compound. I am safely here with my governor in Government House, Port Harcourt.” She added that she was preparing to go to Abuja to give her submission to the House of Reps Committee before the police raided her house.