By Joereporter (self meida writer) | 1 months 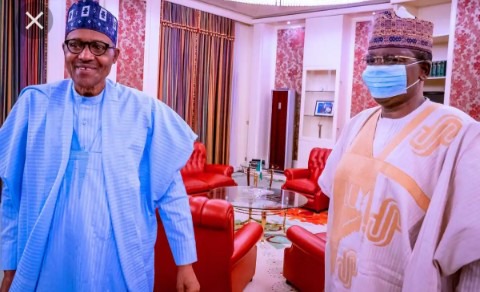 "I am ready to resign as governor of Zamfara if that will bring peace to the state", Bello says

The sitting Governor of Zamfara State, Bello Matawalle was a guest on Channels Television. He was invited as a guest on Politics Today, a regular program usually anchored by Seun.

The Governor made this quite unexpected statements when he was asked if he is intimidated by the Federal Government’s declaration of a ‘No-Fly Zone’ in Zamfara.

The Governor stated that any solution that will restore security to Zamfara State is a go ahead for him.

The Governor emphatically stated that he could resign provided that his resignation would make Zamfara People sleep with their two eyes closed.

He said: "I am ready to do what will bring security in Zamfara".

Report has it that Zamfara State was declared as a 'No-Fly Zone'. This declaration was signed by Major Gen Babagana, the National Security Adviser for the Buhari-led administration. Matawalle revealed that he agreed with the federal government declaration if it will bring normalcy and peace in the state

However, Gov Bello Matawalle expressed his disappointment owing to the fact that he was not consulted by the country security council before the decision of "No-Fly Zone" was made. According to him, he should be included in such a matter that concerns his state.

5 Ways to Deal with Stress in Your Relationship

After West Ham Lost 3-2 To Newcastle, This Is How The EPL Table Looks Like.