President Biden, other world leaders are given microphone 'condoms' at UN amid COVID fears (photos)

By Insidenaija1 (self media writer) | 1 year ago 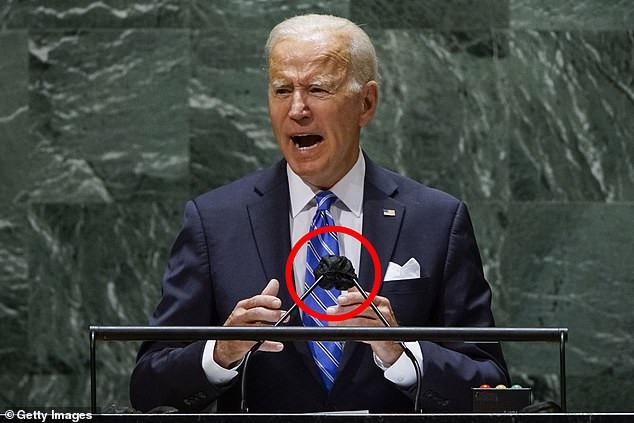 In other to prevent the ongoing United Nations General Assembly meeting from becoming a COVID superspreader event, United State's President Joe Biden and other world leaders who spoke at the event on Tuesday, September 21, were reportedly given a fresh microphone head, Newspremises reports.

The microphone head given to them, had the appearance of black, condom-like bag. 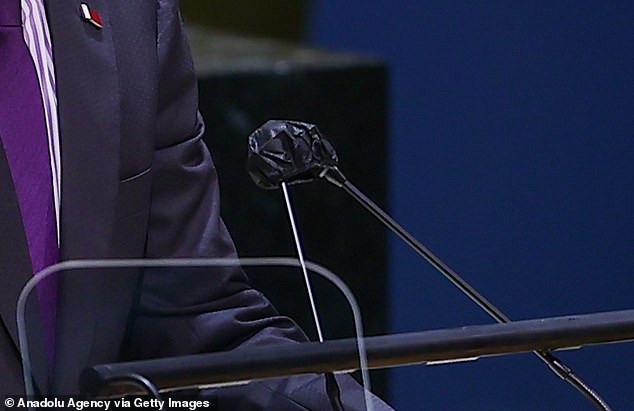 This was made known by one of the reports, present at the event, via a post on her Twitter handle.

The reporter wrote: 'New in the age of COVID, a little condom for the microphone' - for both its bag-like appearance and the protection it was supposed to provide.

'According to the UN COVID-19 protocols, the podium will be cleaned after every speaker and the microphone head will be replaced,' a White House official said. 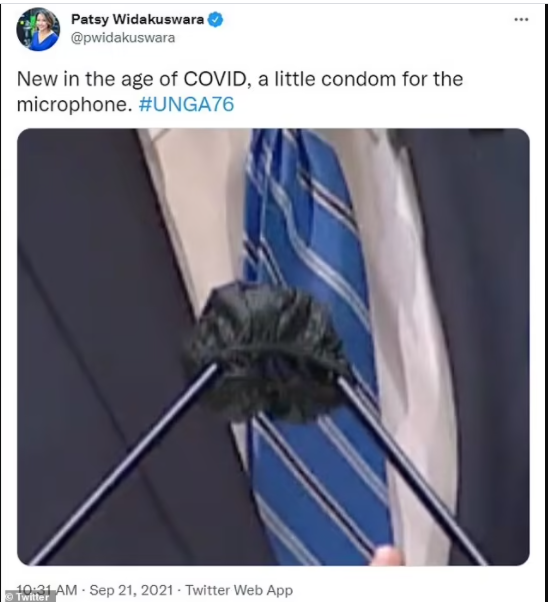 President Biden spoke at U.N. headquarters in New York on Tuesday September 21, after Brazilian President Jair Bolsonaro, confirmed on Monday to British Prime Minister Boris Johnson that he hasn't been vaccinated against COVID-19.

Boris Johnson however, urged everyone to 'get AstraZeneca vaccines' - one that hasn't yet been approved in the United States. 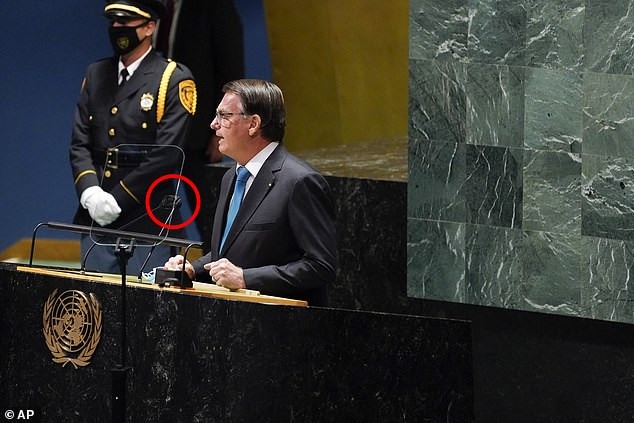 'I've had it twice,' the British PM said, to which Bolsonaro replied, 'Not yet.'

According to reports, the White House later put out the statement pointing out the mic swap was happening between every world leader, meaning it wasn't just a precaution surrounding Bolsonaro's vaccination status.

Content created and supplied by: Insidenaija1 (via Opera News )