By Skygist (self media writer) | 11 days ago

Engineer Rauf Aderemi Olaniyan, the Deputy Governor of Oyo State, was impeached by members of the state House of Assembly on Monday, July 18 This development has however led to a series of happenings in the ruling party in the state and among major key players The recent one is the defection of those who backed Olaniyan's removal by joining the ruling All Progressives Congress. 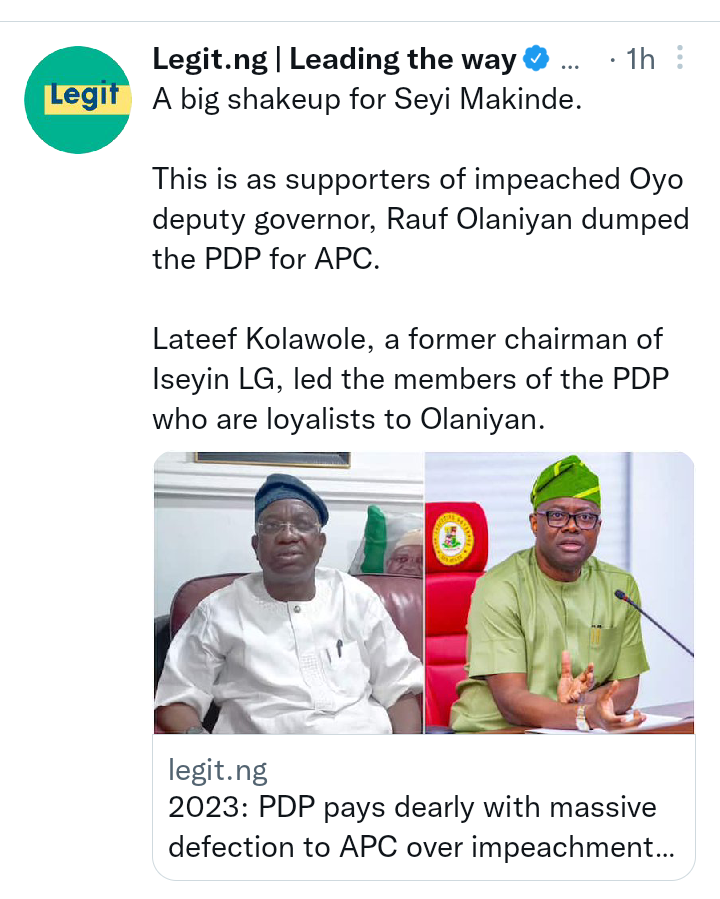 The supporters of Rauf Olaniyan, who was removed as deputy to Seyi Makinde, governor of Oyo state, have defected from the Peoples Democratic Party (PDP), to the All Progressives Congress (APC), in Iseyin local government, Daily Independent reports. This was just as members of the Unity Forum of the APC revealed that they worked for Makinde in the 2019 election because of Olaniyan. 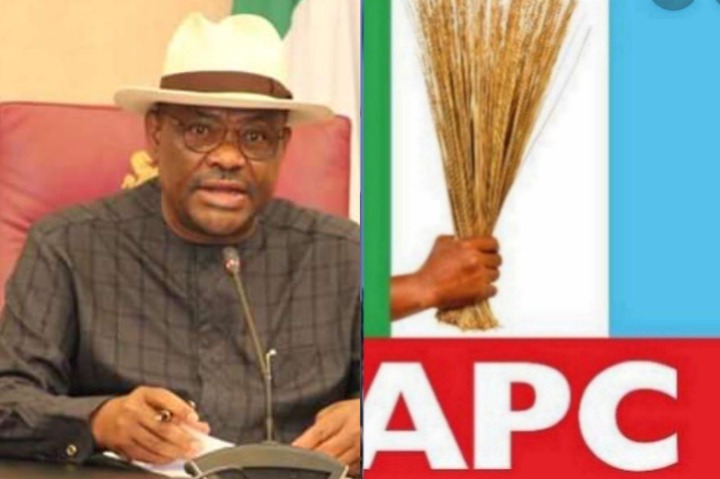 Governor Wike, Atiku To Be Reconciled By PDP's Committee.

In an effort to reconcile the Peoples Democratic Party (PDP) 2023 Presidential candidate, former Vice President, Atiku Abubakar and Governor of Rivers State, Nyesom Wike the Board of Trustees (BoT) has set up a committee of all.

Recall that Atiku and Wike’s camp have been in a cold war since the party’s primaries and the unveiling of Delta State Governor, Ifeanyi Okowa as the presidential candidate’s running mate. 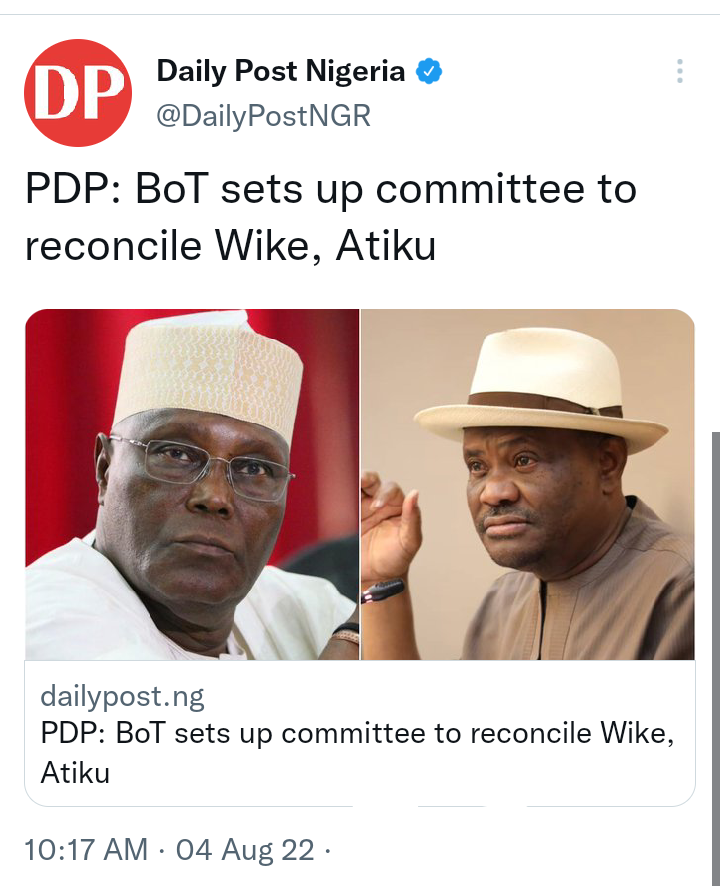 Gunmen have abducted a former member of the Anambra State House of Assembly, Mr Benson Nwawulu.

Nwawulu was a two-term lawmaker in the state House of Assembly.

Since vacating the assembly in 2019, he had also contested again, but failed. 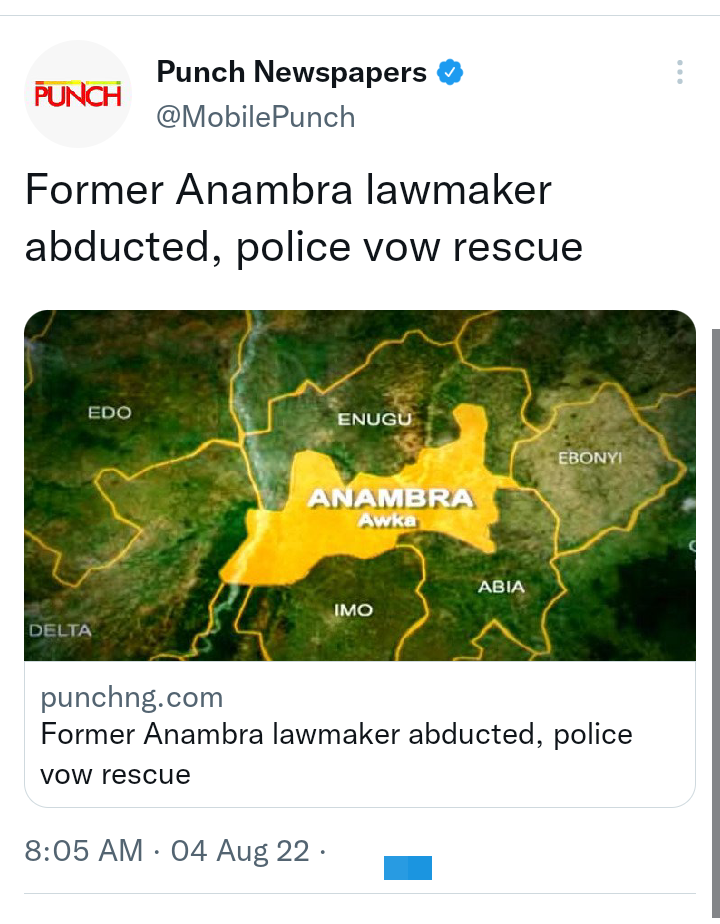 However, according to sources, he was abducted at his house in the Ihiala Local Government Area of the state. Although the details of his abduction were not made public, sources said his son had reached out to some members of the state assembly, who were Nwawulu’s colleagues for funds. The state police spokesman, Tochukwu Ikenga, confirmed the abduction.

Kadaria Ahmed, veteran broadcast journalist and media entrepreneur, has urged President Muhammadu Buhari to go on sick leave and allow someone else to take charge of Nigeria amid the deteriorating security challenges. 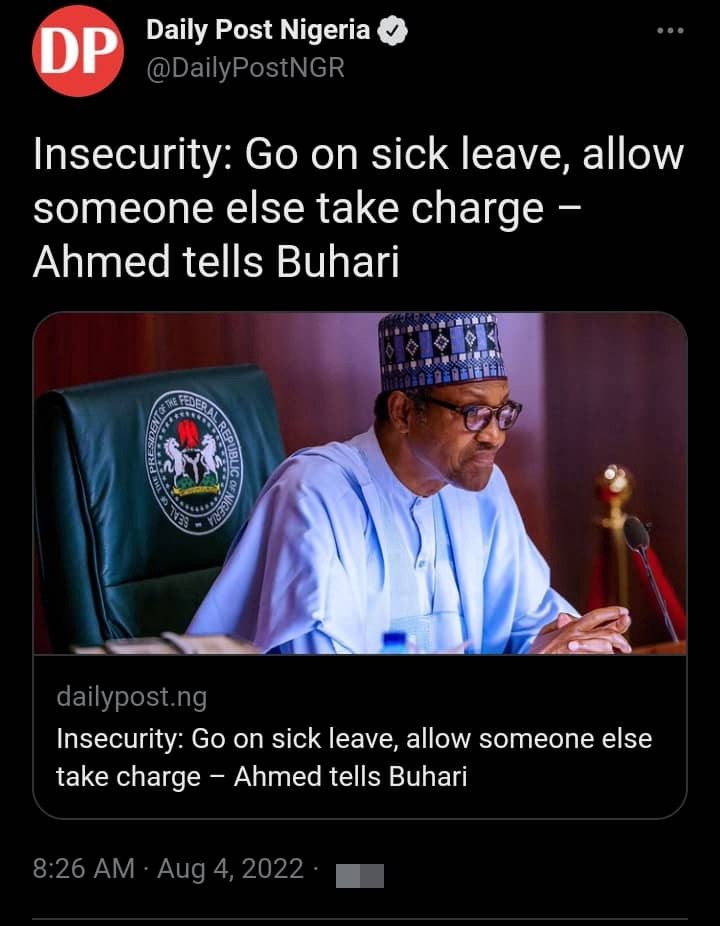 Ahmed stated this on Arise TV on Wednesday, days after she joined the government in condemning the BBC Africa Eye documentary on the lawlessness in Zamfara State. Even now, as it’s consuming us, we are not asking who is PDP or who is APC. This continuous politicisation of insecurity, portends serious danger to Nigeria.

The United States (US) Senate voted overwhelmingly to approve the accession of Finland and Sweden to the North Atlantic Treaty Organisation (NATO) on Wednesday, with the resolution gaining the support of ninety-five senators.

The single dissenting vote came from Republican Senator, Josh Hawley of Missouri, who argued that there should be less focus on security in Europe and much more on the threat from China. 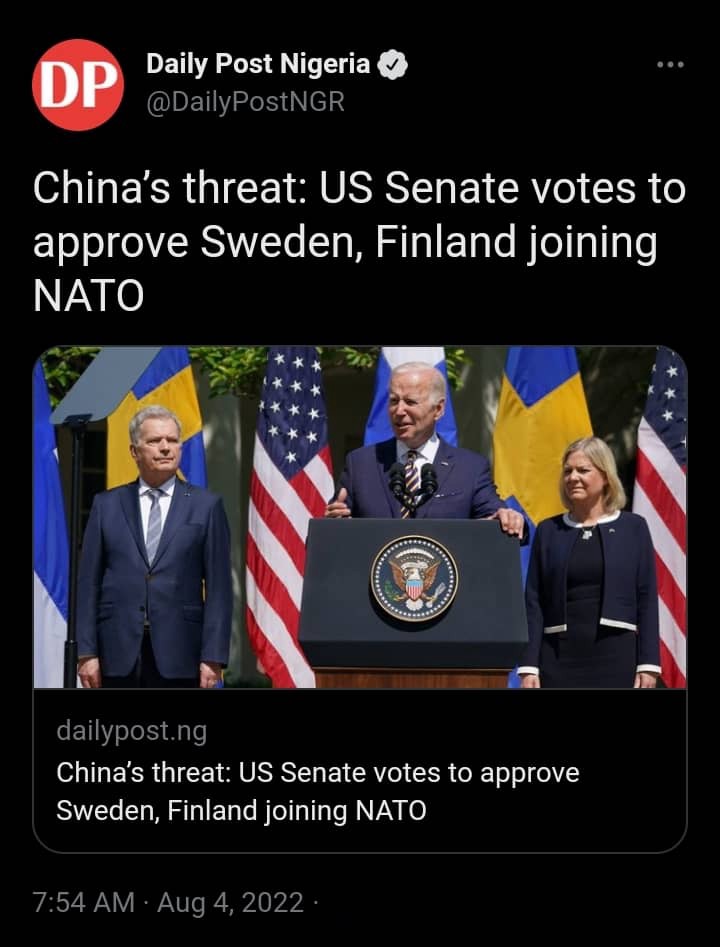 US President, Joe Biden has strongly supported the accession of Sweden and Finland to NATO and referred the matter to the Senate for consideration back in July.Until now, Finland and Sweden have been close partners, but not members, of the Western defence alliance.