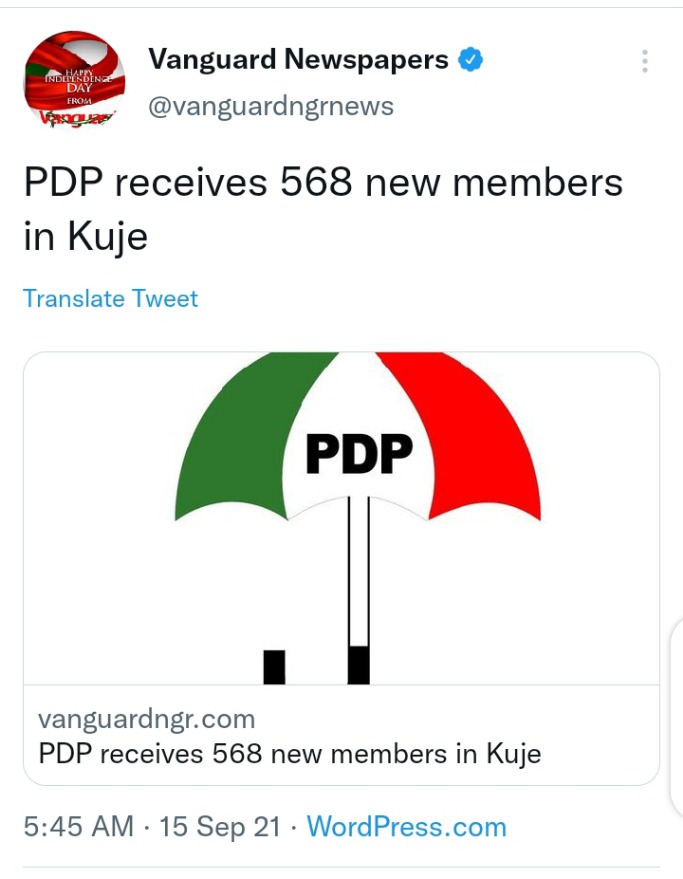 The APC defectors were received at the PDP Secretariat in Kuje from four wards: Rubocchi, Chibiri, Kuje Central, and Gaube.

The APC defected denounced their membership cards, brooms and posters in replacement for the umbrella of the PDP.

The defectors' leader, Abila Sarkin-Yaki, told the News Agency of Nigeria (NAN) that they were dissatisfied with the APC's policies. 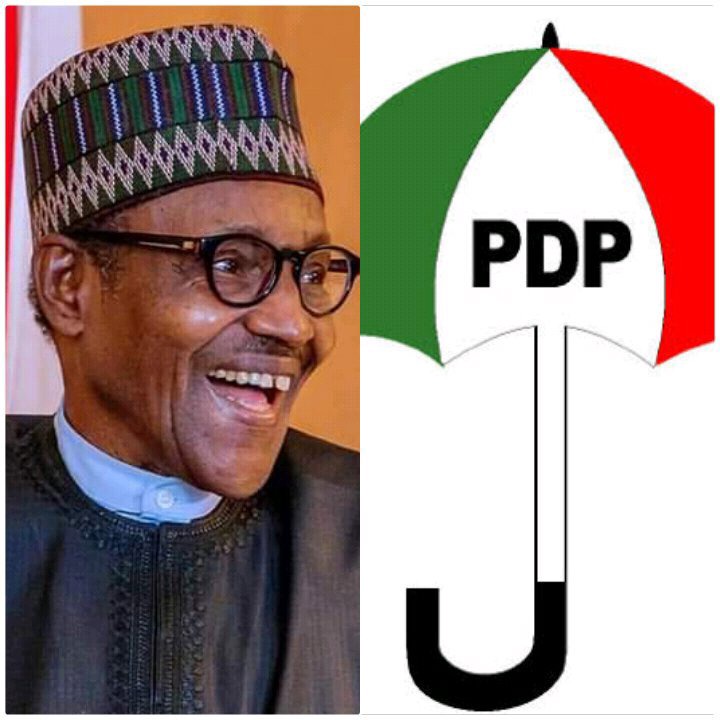 President Muhammadu Buhari has transmitted two executive bills to the National Assembly seeking to control proliferation of arms as well as regulate importation of explosives into the country. 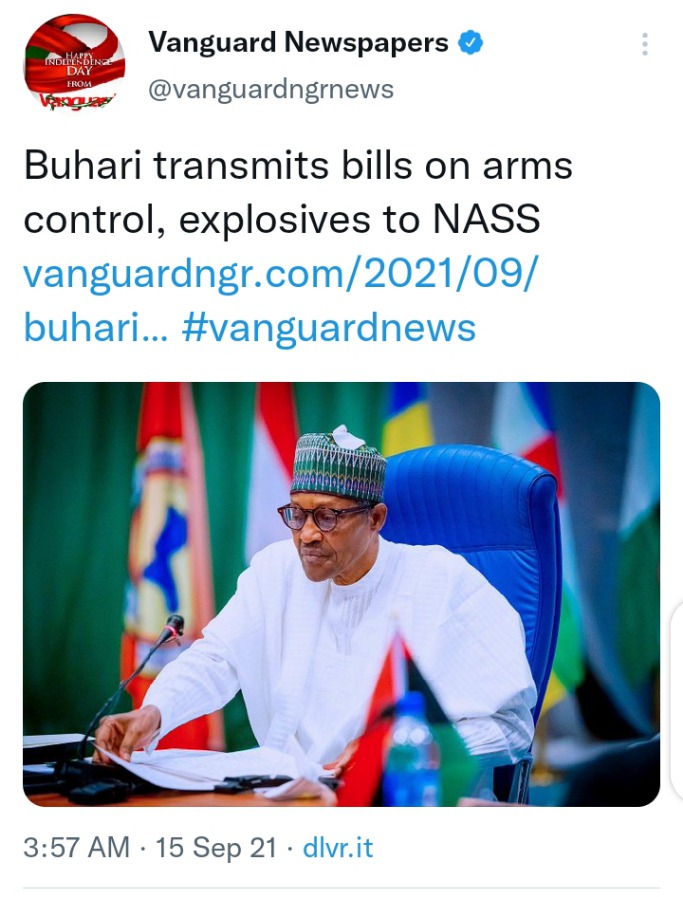 The Senate President, Ahmad Lawan, made the announcement during a plenary session on Tuesday in Abuja.

Lawan stated that the bills, Control of Small Arms and Light Weapons Bill 2021 and Explosives Bill 2021, were accompanied by two separate letters from the President dated August 26 and August 27. 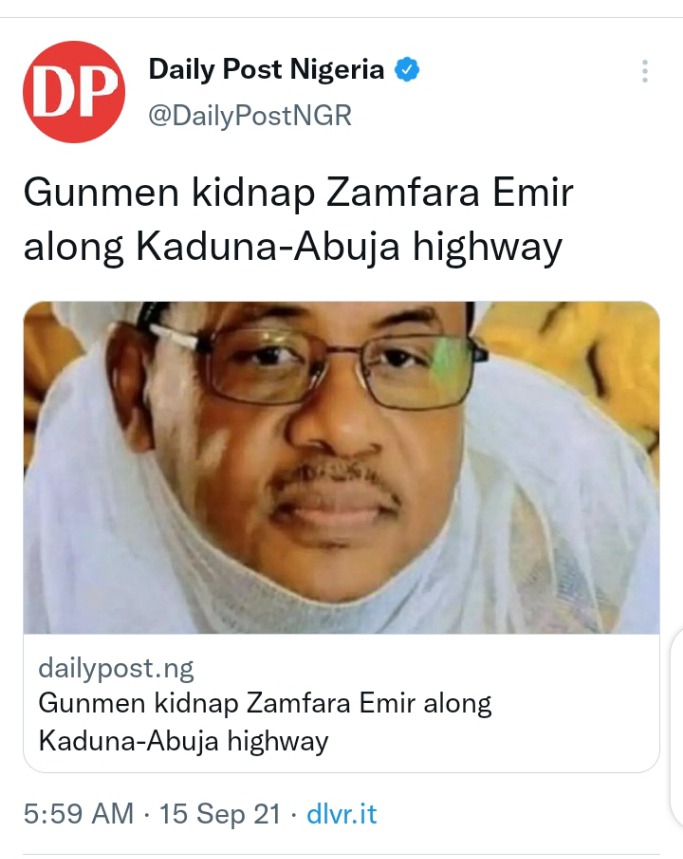 The monarch was abducted along the Kaduna-Abuja highway, according to the DAILY POST.

According to a source, the gunmen opened fire on the emir's convoy along the Abuja-Kaduna road before whisking him away to an unknown destination.

Before being taken away, the bandits successfully demobilized some of the vehicles, including that of the traditional ruler.

No fewer than 114 inmates who escaped from Kogi State's Kabba Medium Security Custodial Centre have been apprehended. 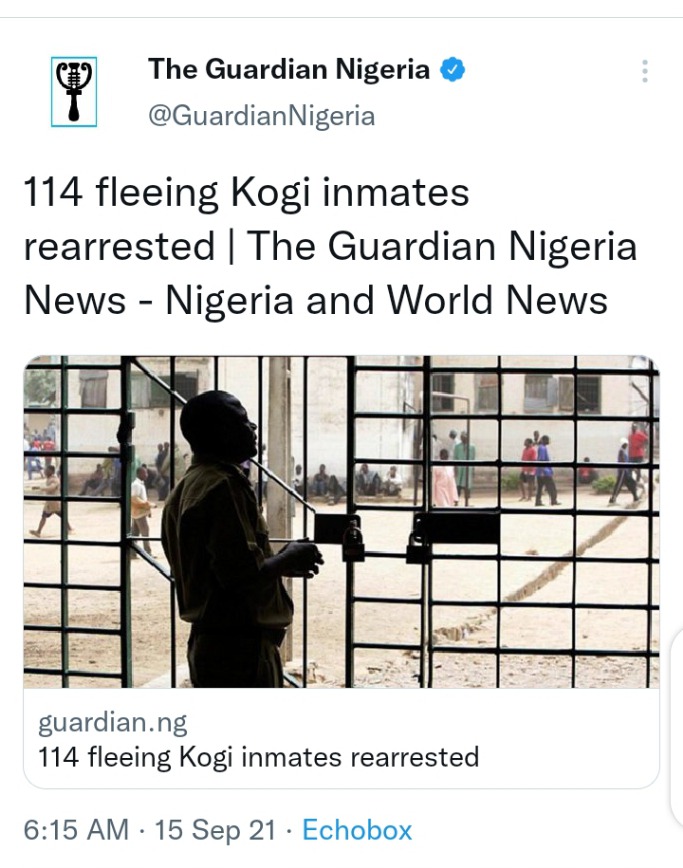 According to a statement issued yesterday by the Nigerian Correctional Service's spokesman, Francis Enobore, those rearrested were among the 240 escapees.

He stated that the inmates were re-arrested as a result of the attack on the Medium Security Custodial Centre in Kabba, Kogi State, and the prompt intervention of the Controller General of Custodial Centres, Haliru Nababa.

“The CG, who personally led a team to the Custodial Centre for on-the-spot assessment, directed an immediate Search Party Response Team to go after the escapees even as security has been beefed up through the deployment of additional armed squad personnel to fortify the facility,” he added.