Several  Edo state residents of have cried out against the destruction of bill-boards & other campaign posters of the APC (All Progressives Congress) Governorship candidate Osagie Ize-Iyamu.

The vandalisation was allegedly carried out by thugs, agencies and other miscreants acting on influence and backing of powerful individuals.

In recent days, visibly mobilised men took to the streets to tear down several campaign billboards and promotional materials belonging to the APC & its candidates. The billboards which were positioned at various strategic points in the city of Benin such as Central New Benin, Uselu Shell and the Iyaro axis.

However In reaction, to the resident, , Austine Evbodaghe, Mr Nelson Kelvin & Timothy Ogodo have condemned the autocratic action which was allegedly carried out by the Edo State Government.

Many insinuated that it was an attempt by Obaseki’s to violate democratic rights guaranteed by a free and fair election. They also noted that Ize-Iyamu of the APC is a moving train who wont be stopped or frustrated by intimidation.

Other residents, demanded that Obaseki swiftly replace the damaged billboards, noting that the billboards bear messages of hope for a better Edo State, and also helped to illuminate the environment at night despite the state government’s failure to provide street lamps as promised.

However, eployees of the outdoor advertising firm in charge of billboard management in the area, who plead anonymity to avoid retributive actions, had revealed that they have being under heavy pressure from Edo State Government officials over the installation of the billboards.

According to him, the statement government resorted to the action after they refused to bow to threats to pull down the messages of the APC because they meet all financial, advertising standards and requirements. 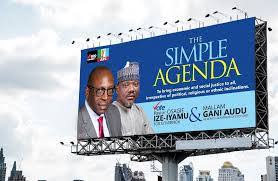 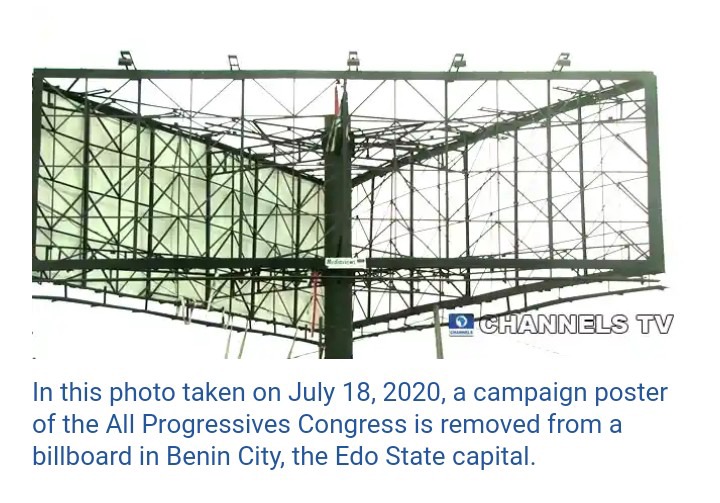