Ondo 2020: The Dangers Ahead of The APC And The Possible Aftermath Of The Primary Election

By Truemedianews (self media writer) | 2 years ago 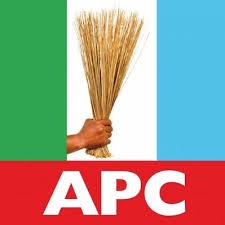 All seem not to be well with the ruling All Progressive Congress in Ondo state, as the party prepares for the primary election to choose its candidate in the forthcoming gubernatorial election in the state.

The incumbent Governor, Arakunrin, Rotimi Akeredolu SAN, who is also in the race for the second term alongside 11 other aspirants are jostling for the only one ticket of the party.

The party leadership under the caretaker chairman, who happens to be the Yobe State Governor, Gov. Mai Bala Buni said the party will follow the resolution of the Adam Oshiomhole NEC, which affirmed indirect primary for the state primary election.

The state government does not enjoy the support of the majority of the party members in the State, as it can be clearly seen from the oppositions that rise against his second term bid. The first opposition is his deputy, who is contesting against him, having decamped to the People Democratic Party PDP, a week after his movement into another party, saw the resignation of the secretary to the State Government, Hon. Abegunde Ifedayo who made several allegations against the governor A week after the resignation of the Secretary to the state government, the state House of Assembly issued a notice of impeachment to the deputy governor, the notice which 9 out of the 24 members of the house refused to sign, the House thereafter suspended those members who refused to sign the notice.

Meanwhile, the members of the Unity group who are contesting with the incumbent governor for the party's ticket in the October 10th primary election wrote a protest letter to the caretaker committee of the party, rejecting the indirect primary election method and insisted on the direct method.

Olushola Oke SAN, A Frontline Aspirant in the Unity Group

However, where the primary election is done through the indirect method, the governor would be able to maneuver his way by buying the delegates who will vote at the election, since the election would be open secret ballot method, and money speaks volume.

All these political developments in Ondo State chapter of the APC, suggest the inability or the failure of the state governor to carry the members of the party along in the governance, otherwise, his deputy, Secretary to the state government and other stakeholders of the state party would not have opposed his second term ambition, or it would have been a moderate opposition, not a huge one as in the present case.

The abuse of power by most governors after assuming the seat of authority has caused many of them a lot. The dangers ahead of the party in the state are enormous, especially, the reconciliation committee must ensure that all the aspirants in the party are persuaded to accept the outcome of the primary election in the state.

The likely aftermath of the party's primary election in the state is a mass movement of the aspirants in the unity group to the PDP or other opposition parties where they will be able to express themselves and be rewarded accordingly. Some Of The APC Aspirants

The consequence of such mass movement after the declaration of the incumbent governor, Rotimi Akeredolu as the winner of the part's primary would be to the advantage of the PDP in the state.

This is because, from all indications, the position of the party on the state primary election as at now, definitely favors Gov. Akeredolu, and the party may eventually lose the state to the PDP if he emerges without the support of the other stakeholders, who are the backbone of the party in the state, majority of whom are currently in the unity group.

It is the primary elections of the both leading political parties, that will suggest the party that will eventually win the October 10th election