By GistFrank (self meida writer) | 9 days

1) I Will Tear My Passport If Tinubu Becomes President – Bode.

Recently, Chief Bode George (former Deputy National Chairman of PDP) noted that he will tear his passport if the National leader of APC (All Progressives Congress) Bola Tinubu emerges as Nigeria President in 2023. 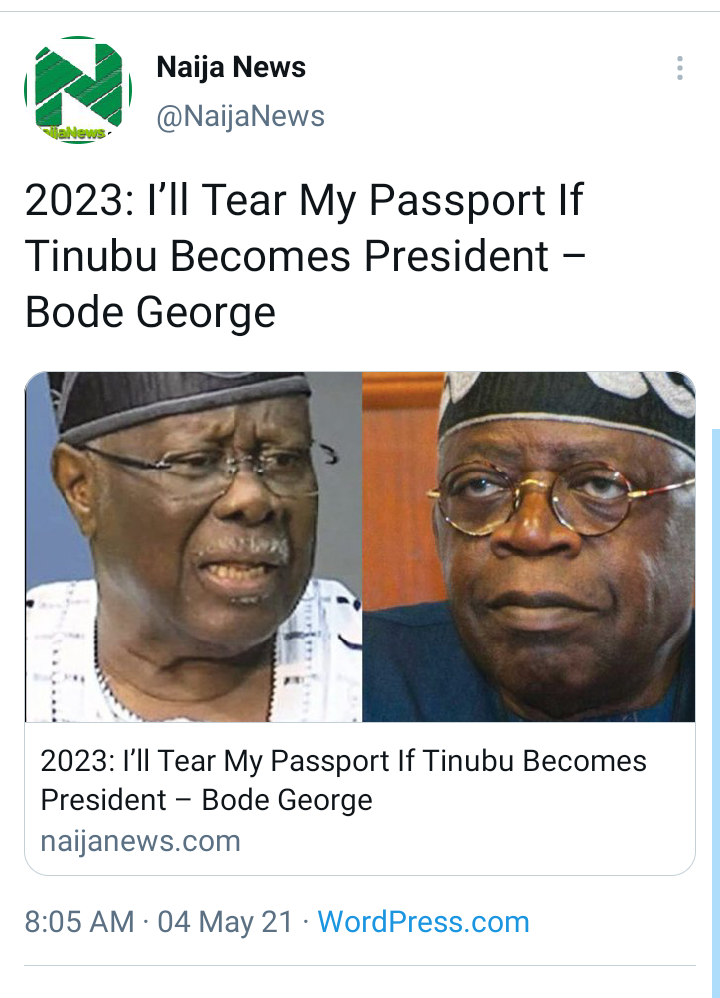 The PDP chieftain while addressing PDP members in Lagos State said that the truth has only one face and a colour.

He further stated that the excessive centralization of power is destroying the progress of the country. He described political office holders who are embezzling funds meant for everyone as greedy.

The Governor of Kebbi State, Atiku Bagudu, has charged Nigerians to seek divine intervention to end the security challenges affecting the progress of Nigeria.

Bagudu in his statement noted that repentance has a major role in human’s life, “both on earth and hereafter”, hence the need for Nigerians to return back to God. 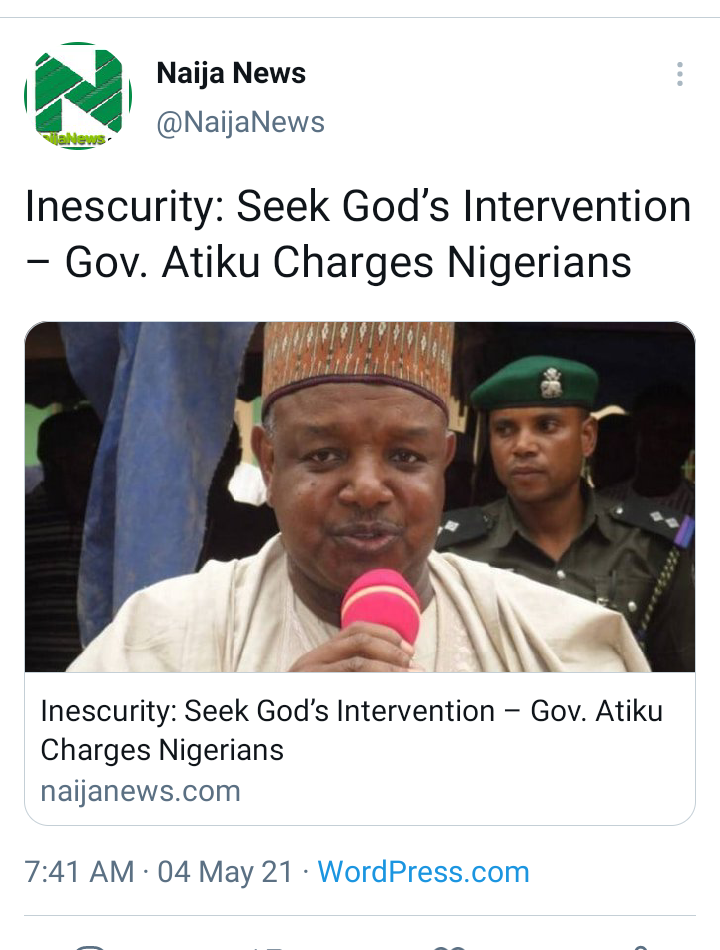 It's important to know that Kebbi State Governor stated this at the Ramadan breakfast meeting hosting government functionaries, members of the judiciary, the legislature at the state’s government house in Birnin Kebbi.

However, Bagudu in a statement released through his spokesman, Abubakar Dakingari, said that there is need for collective and individual supplication towards eliminating the problems that have engulfed our nation.

Recently, Rev. Fr. Ejike Mbaka reacted to the allegation by the Presidency that he attacked President Muhammadu Buhari because he was refused a contract, saying that no amount of oil block would make him trade with his prophetic anointing. 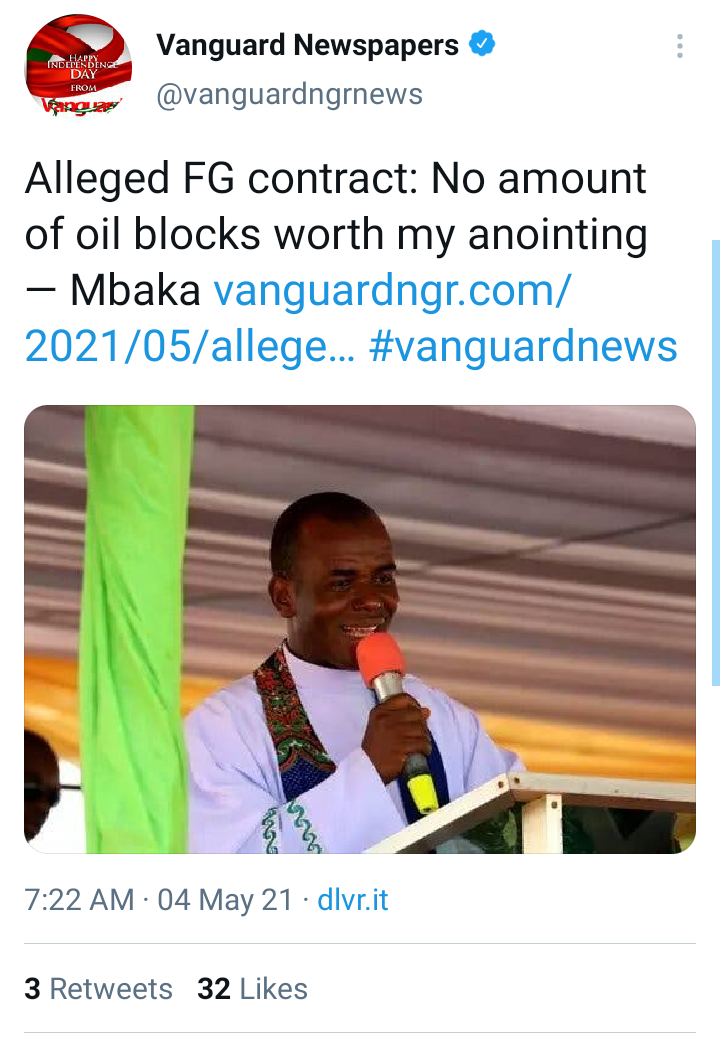 Mbaka said that he is not deterred but rather happy that the truth about the Presidency is revealed.

According to him, the three people referred to as contractors by the Presidency were people that came to help the country fight insecurity during the first tenure of President Buhari.

However, Mbaka maintained his position that “Buhari cannot do it again; he should resign or be impeached”. 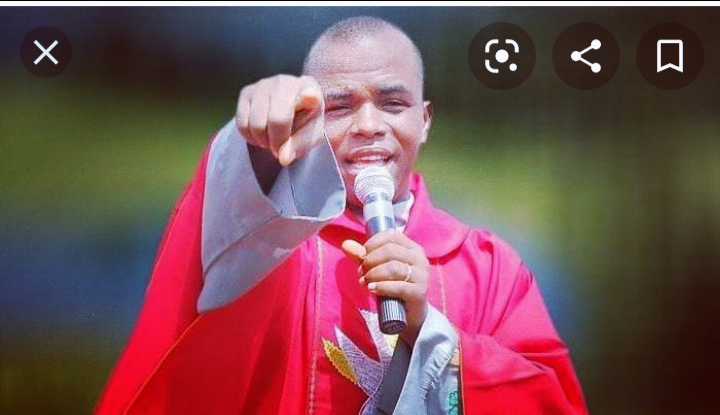 Recently, the Nigerian Guild of Editors Praised the Governor of Abia State, Dr Okezie Ikpeazu over the number of quality roads executed by the governor in the state.

However, the editors stated this after being conducted round some of the governor’s projects completed and those still ongoing, by the Commissioner for Works, Dr Bob Ogu. 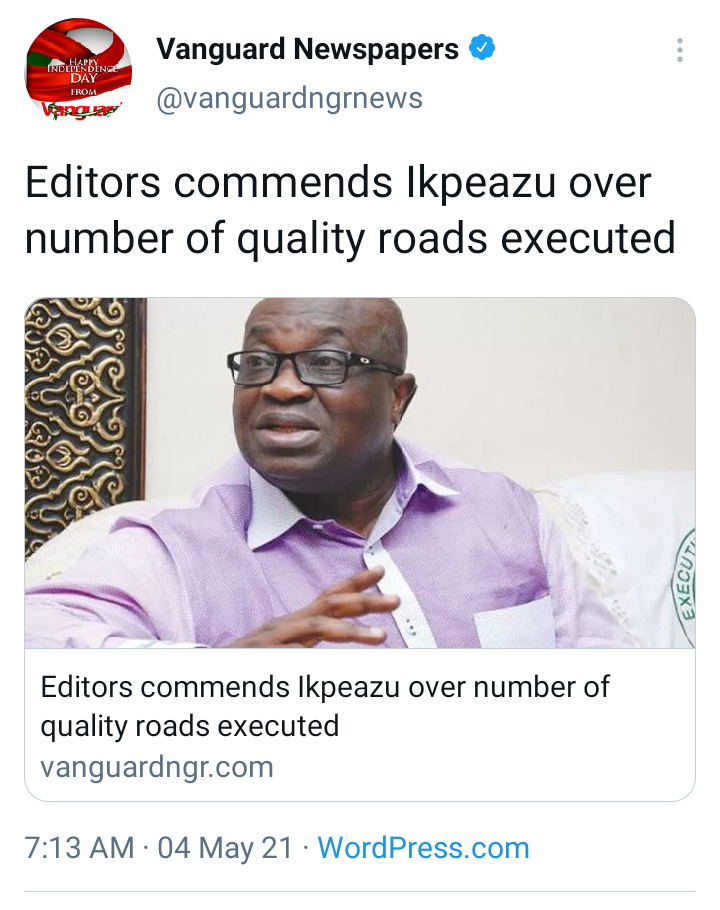 According to Dr Ogu, the Osisioma flyover in Aba will be completed before the 29th of May this year.

Also, he affirmed that most of the completed roads and others under construction were done with rigid pavement technology and have a life span of nothing less than thirty years.

"Mighty Things Are About To Begin, Let's Drive The Devil Crazy & Show Him What We Are Made Of" - Adeboye speaks on son's death

Browny Igboegwu Shows Off "Ugochalacha", Says They Are Collecting Application From Intending In-laws

Mothers, Upgrade Your Wardrobe With These Elegant Ankara Outfits

I Will Personally Be Feeding 2,000 Muslims Children Between Today And Tomorrow -Tonto Dikeh

INSECURITY: FG Reveal What Will Happen To 400 Boko Haram Financiers