By PrinceAI (self media writer) | 19 days ago 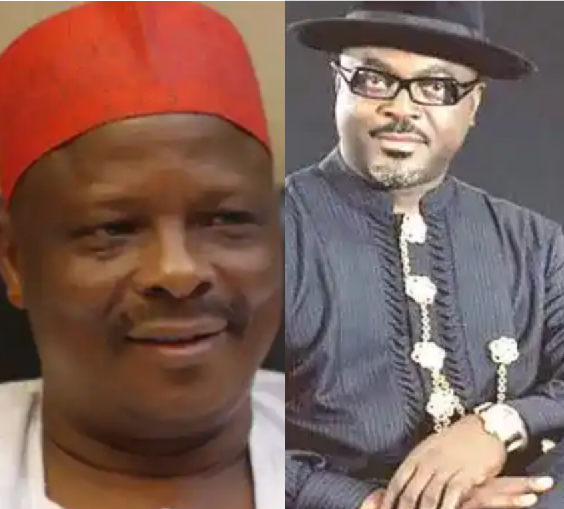 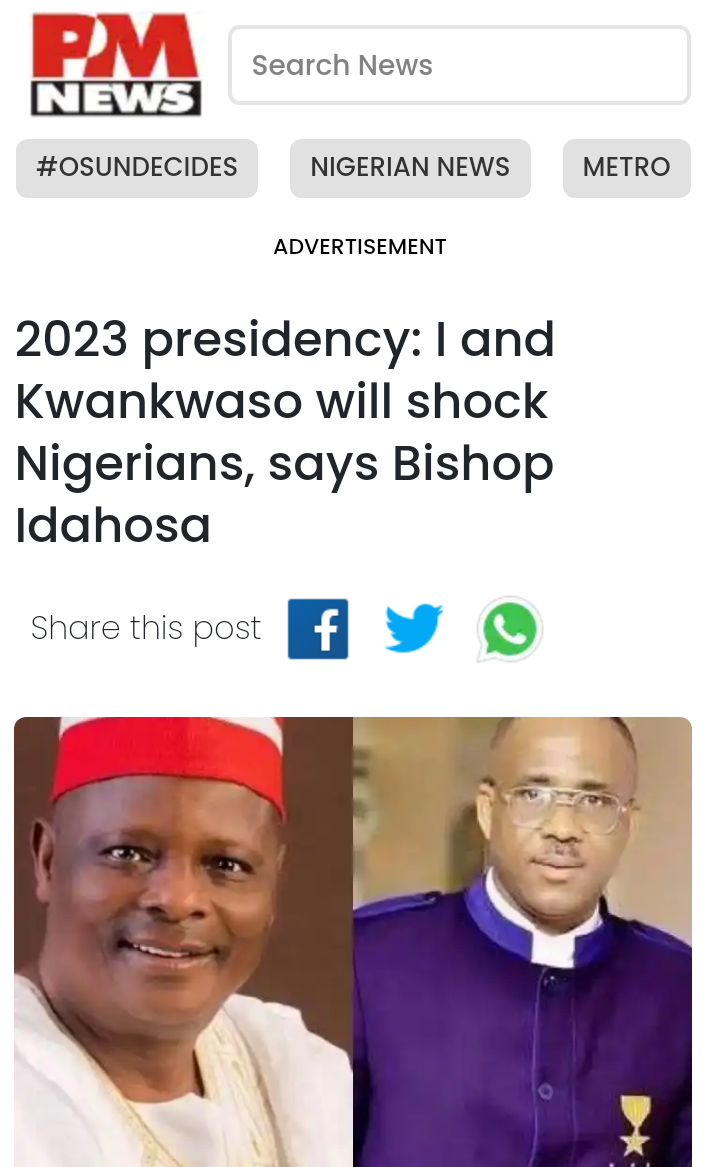 The vice-presidential candidate of the New Nigeria People Party, Bishop Isaac Idahosa, said he and his principal Dr. Rabiu Kwanwaso will shock Nigerians when the presidential campaigns start in September.

Speaking while featuring on the Channels TV program, ‘Politics Today,’ on Tuesday, the Edo-born clergyman said those who did not believe in the NNPP presidential ticket will congratulate them in 2023.

He said, “We will shock Nigerians; today, they can say it is impossible but tomorrow they will congratulate us. We are already consulting and I am already looking forward to the campaigns which will be a big shock to those who are in doubt over what we are able to pull out.” 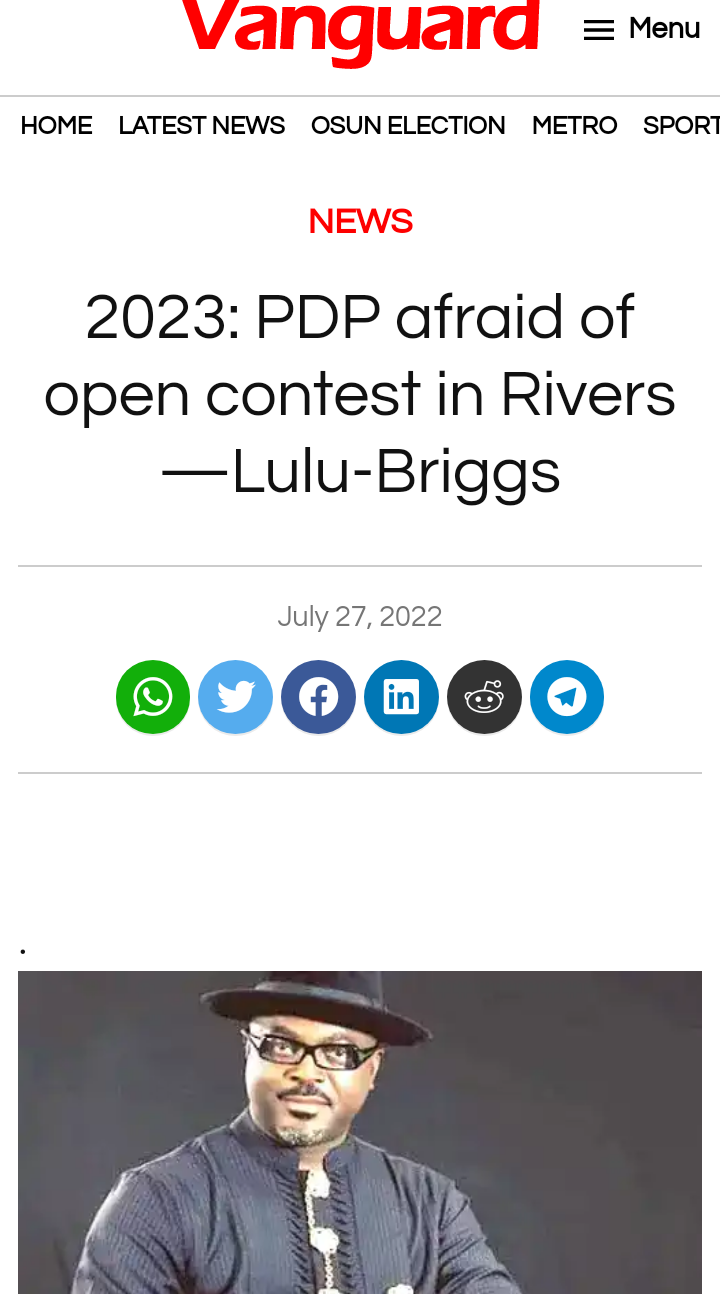 The governorship candidate of the Accord party in Rivers State, Dumo Lulu-Briggs, has said that the Peoples Democratic Party, PDP, was afraid of an open contest in the 2023 general election.

This was as the PDP had dragged the Independent National Electoral Commission, INEC, Accord and some candidates of the party to court seeking the disqualification of the candidates.

PDP in the suit is challenging the conduct of the primaries of the Accord, praying the court to compel INEC not to recognise the candidates, who are mainly that of National Assembly seats.

No Immediate Solution To Aviation Crisis—FG 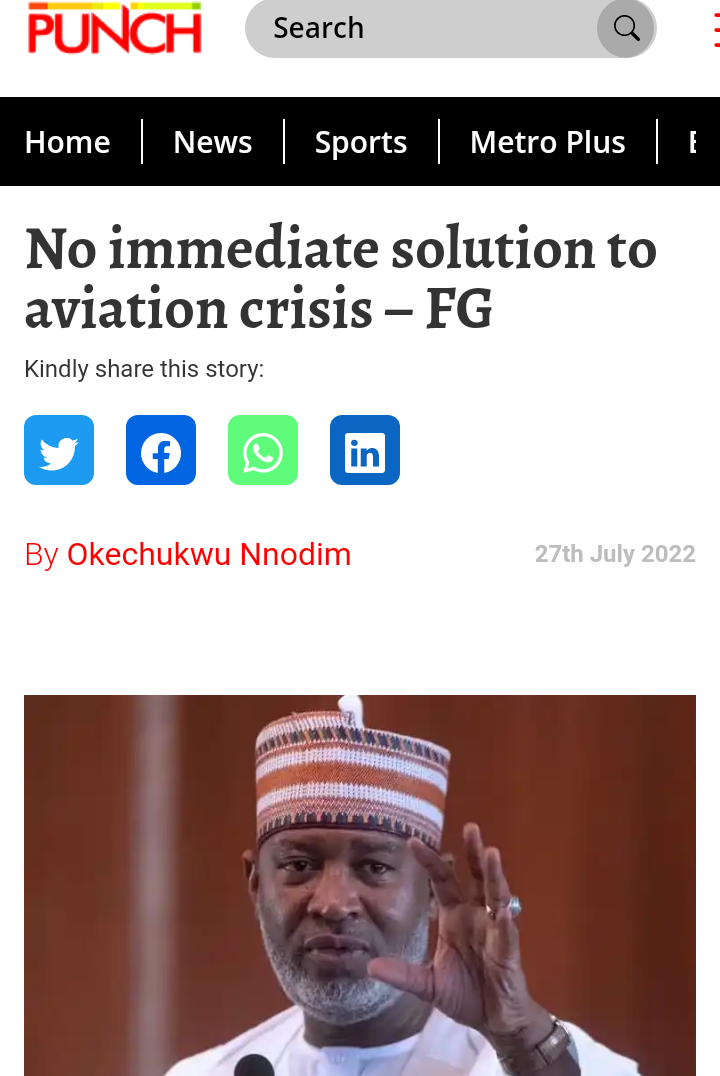 There are no immediate solutions to the current crisis rocking Nigeria’s aviation sector as the cause of the major challenge in the industry is a global issue, the Federal Government declared on Tuesday.

Although the government stated that it was making efforts to address the challenges, it stressed that it could not tell when the solutions to the crisis would materialise.

Domestic airlines in Nigeria have been faced with a stiff challenge posed by the hike in the price of aviation fuel, popularly called JetA1.

The cost of the commodity has jumped from less than N300/litre to over N800/litre within about five months.

This has also warranted an increase in airfares by airlines that could manage to get the commodity, while others that could not survive the situation, such as Aero Contractors, have temporarily suspended operations.

NBS To Collate Data Of Students In Public Primary Schools 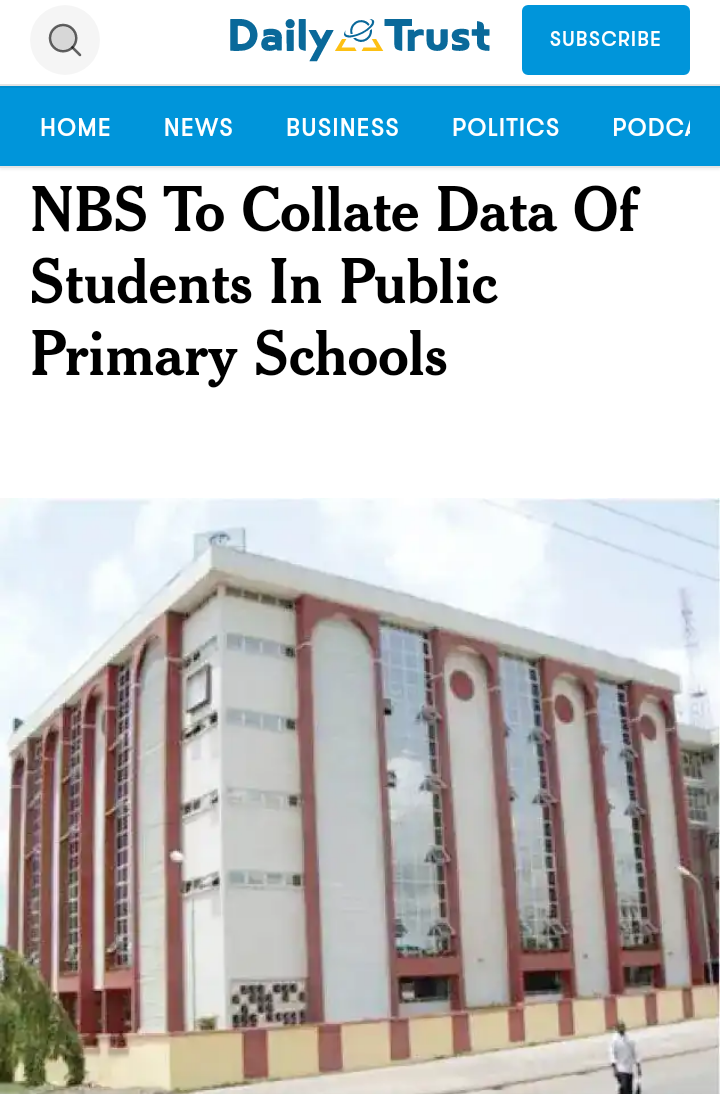 The National Bureau of Statistics (NBS) has disclosed plans to collate the number of students in public primary schools under the Better Education Service for All (BESDA).

Daily Trust reports that BESDA is a programme-for-result funded by the World Bank to support increase in access to basic education by increasing equitable access for out-of-school children, improve literacy and strengthen accountability for results in basic education in Nigeria.

In a statement yesterday, NBS spokesperson, Ichedi Sunday Joel, said the Bureau would be visiting selected schools across the nation to verify the authenticity of records kept by implementing schools at the state level and also provide data for the assessment of four disbursement linked indicators on which states would be rewarded.