By Aprilshowers (self media writer) | 2 years ago

Barely a month ago, when president Muhammadu Buhari castigated the service chiefs that their best at fighting insecurity was not enough, Cheif of Army Staff, Lt. Gen. Tukur Buratai has brought good tidings to Nigerians. 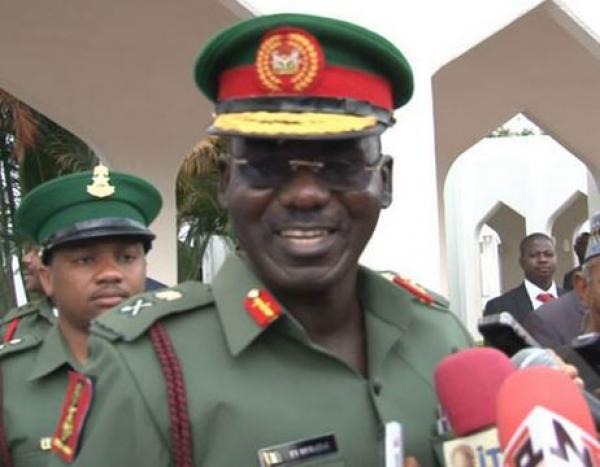 Speaking to journalists after meeting with President Buhari on Monday, Buratai revealed that normalcy has now been restored to all north west and northeastern states of Nigeria.

He was confident that farmers are now freely going to their farms these days as against what was obtainable two to three months ago.

Buratai revealed that he had beefed up security in the north and his men were very tactical, having subdued the Boko Haram terrorists and reclaiming their territories. "The security situation, I assure you, is under control and is not like what used to happen a month or two ago. We are working very hard and the troops are doing very well and I commend them for the efforts they have put in so far."

Buratai stressed that the efforts beefed up by his men included the kinetic and non kinetic operation of Operation Sahel Sanity and the support given to Operation Hadarin Daji.

The army Cheif also said that the main reason for meeting with the president was to report that he had successfully accomplished one of the missions the president gave him.

When asked the mission, Lt Gen. Buratai said that it was to minimise to the barest minimum banditry, kidnapping, cow rustling and other incessant killings in the country. He boasted that all this had been done.

Finally Tukur Buratai said in order to completely wipe out evil in Nigeria, Nigerians too must contribute by giving useful information as the terrorists are living with them.

Sadly however, elsewhere no less that 21 persons have been reportedly shot dead by suspected Fulani herdsmen in Kukum Daji village of Southern Kaduna.