(Opinion) Oshiomhole No Longer Championing His "One Man, One Vote" Campaign 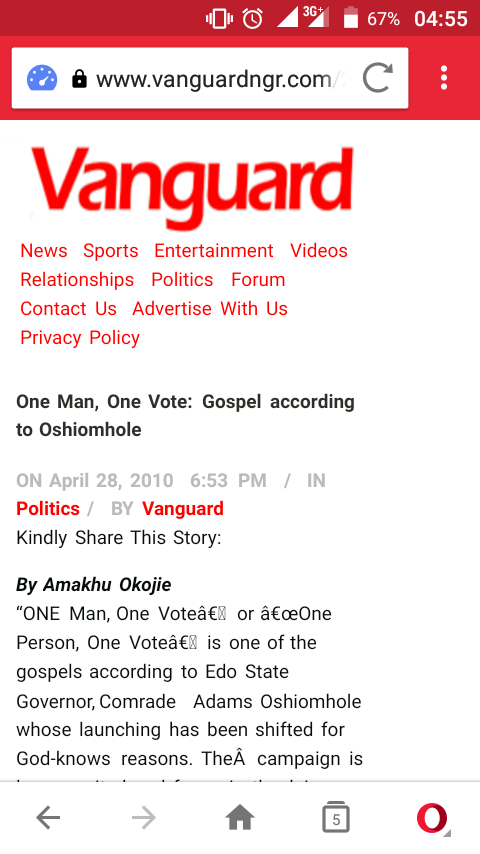 During the era of Adams Oshiomhole in the ACN while seeking election as Governor and when is party, the APC, was an opposition, he was known to be championing the course of free and credible election that will reflects the will of the people, which he tagged" one man, one vote"

One man, one vote was like a gospel propagated by Oshiomhole and accepted by Edolites and Nigerians who wanted a change from the status quo.

But ever since his party, the APC ceased the reign of power from the PDP both in his home State and Federal level, he seems to have gone mute concerning his one man, one vote gospel.

While addressing the mammoth crowd in his country home, Iyamho, Etsako West local government area on Saturday, unlike Oshiomhole, his speech was void of is usual gospel of "one man, one vote campaign", there was no mentioned of free, fair and credible election in his entire speech. 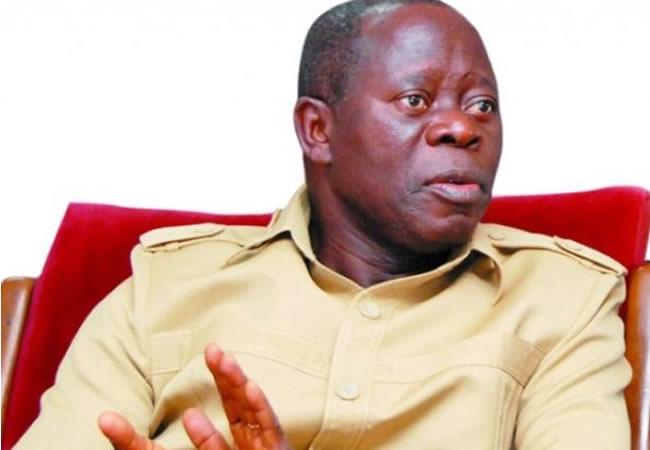 Here is the statements credited to him;

His speech was More or less of a war song, preparing Edolites for war.