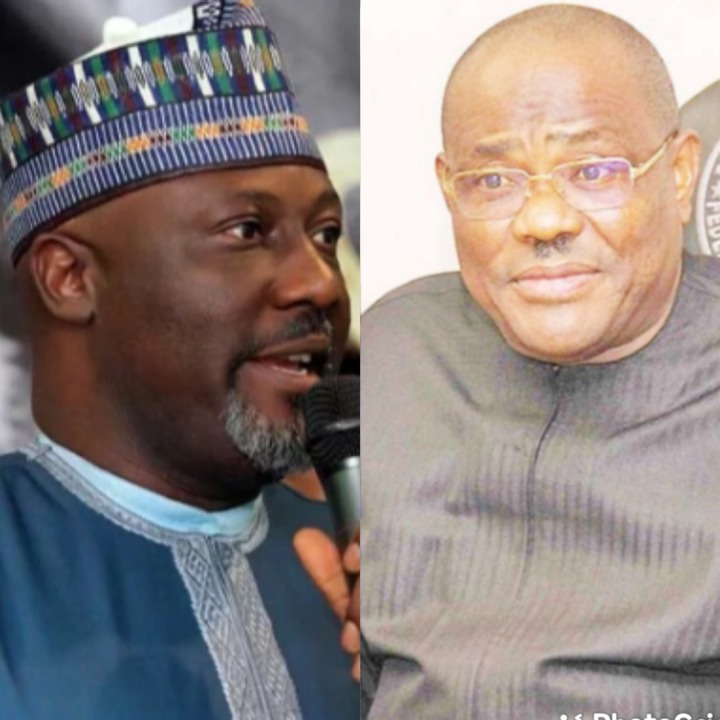 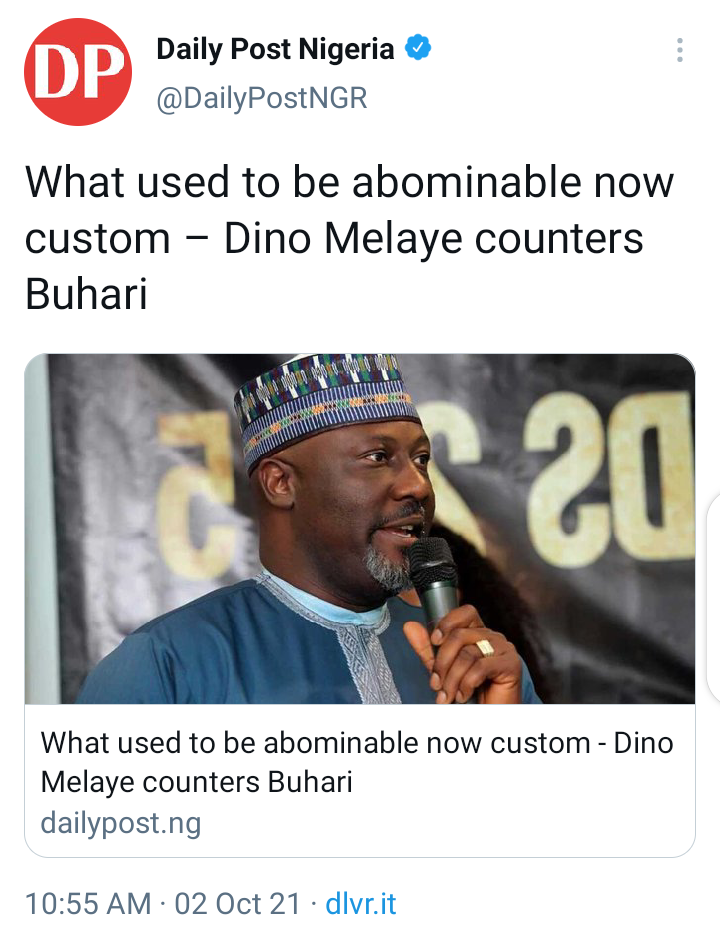 Former Kogi lawmaker, Dino Melaye has reacted to a statement made by President Muhammadu Buhari listing the achievement of his administration.

Buhari has said since the return of democracy to Nigeria in 1999 no government can beat the efforts of his administration in terms of putting Nigeria back on track.

The president said this in his Independence Day broadcast yesterday, stating that it was unfortunate that critics misdiagnose the progress of his administration as stagnation.

Melaye, reacting said indeed no government since 1914 in Nigeria has done what the president has done.

According to him, what used to be unconstitutional, abominable in the country is now considered normal under Buhari’s government. 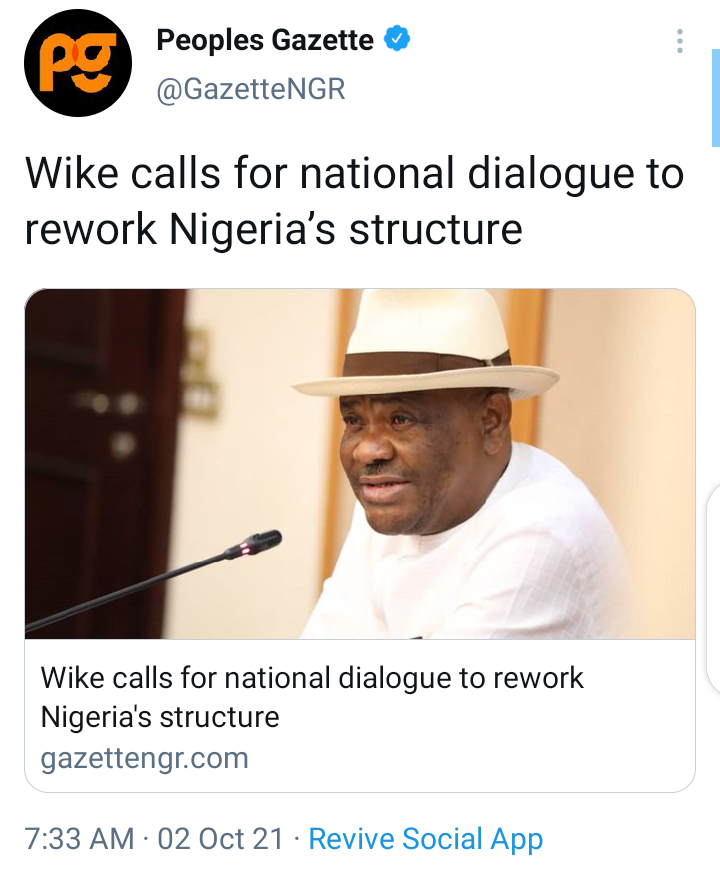 Rivers State Governor Nyesom Wike has proposed a national dialogue to address the many contentions in the polity.

An Independence Day statement signed by his spokesman Kelvi Ebiri on Friday quoted the governor as saying “there isn’t anything worthy of our celebration” in the 61 years of nationhood except the struggle to survive and remain a united entity.

Mr Wike demanded the requisite courage and commitment from leaders and every Nigerian to search and secure solutions to the challenges confronting the country.

He recalled that the path to Nigeria’s independence was charted by patriotic, knowledgeable and compassionate leaders.

The Rivers governor said just as at independence, Nigeria still possessed “hardworking and resourceful people’’ that should be harnessed for the country’s greatness.

According to him, “our youths are some of the smartest people in the world, making great exploits, flying our flag and making us proud across the world in music, dance, acting, culture, arts, sports, and academics.”

In sitting down to rework Nigeria, Mr Wike insists the country must be based on justice and equity. 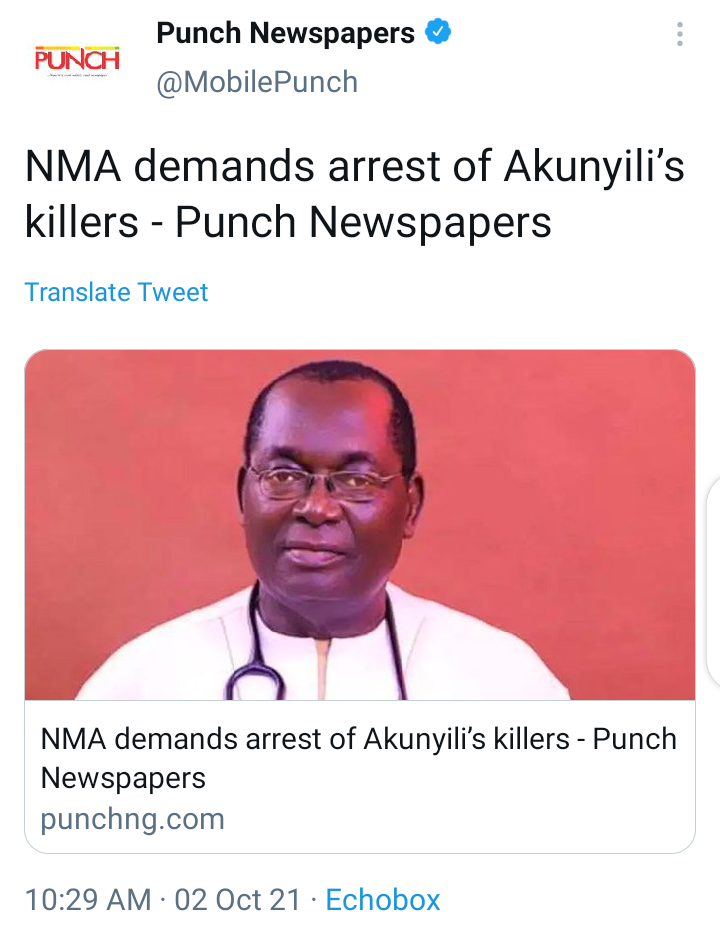 The Nigerian Medical Association has condemned the murder of Dr Chike Akunyili, the husband of the late Dora Akunyili, describing it as an indication of a misplaced value system in Nigeria where life does not matter anymore.

Dr Akunyili, a renowned Enugu-based medical practitioner, was shot dead by gunmen on Wednesday while on his way from the commemorative lecture in honour of his late wife.

The National Publicity Secretary of NMA, Dr Aniekeme Uwah, in a statement titled, ‘One Death Too Many: We Weep For Nigeria,’ issued on Friday in Uyo, Akwa Ibom State, wondered why such a skilled professional would be murdered at a period Nigeria was almost bleeding to death as a result of the brain drain syndrome.

Uwah, who said the NMA was awaiting the outcome of official investigations by security agencies, urged the federal and state governments to live up to their constitutional responsibilities of protecting the lives and property of all Nigerians.

The NMA called on the security agencies “to do everything humanly possible to bring the perpetrators of this heinous crime to book to serve as a deterrent to others.”

Why Amosun, Aregbesola, Lai, Others May Lose Out on Parallel Congresses